Human righs lawyer banned from travel outside the country more

Contrary to what is established in the constitution, the rights to associate, assemble freely and express views openly are severely restricted in Qatar. Human rights organisations are prohibited and the violation of restrictive association laws is punishable with prison sentences. Journalists and activists are subject to interrogation and persecution when they attempt to express views on topics of public interest, while human rights defenders are often the targets of intimidation, detention and harassment. The freedom of peaceful assembly is almost non-existent in Qatar. 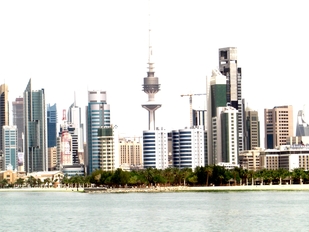 #Qatar: Human rights lawyer Dr. Najeeb Al-Nuaimi protests travel ban imposed on him https://t.co/mpQ0JlXvgK "The Attorney General of Qatar issued a decree preventing me from leaving the country and then made a malicious complaint against me." @GulfCentre4HR pic.twitter.com/JUsuAwXGej

On 30th April April 2018, the Gulf Centre for Human Rights reported the imposition of a travel ban on human rights lawyer Dr. Najeeb Al-Nuaimi. According to the report, Dr Al-Nuaimi released a statement on 28th April 2018 explaining,

"In order to obstruct me and cause an altercation, the Attorney General of Qatar issued a decree preventing me from leaving the country and then made a malicious complaint against me.”

In a welcome development, on 21st May 2018, Qatar joined two core UN human rights treaties: the International Covenant on Civil and Political Rights and the International Covenant on Economic, Social and Cultural Rights. However, it included reservations on women and the right to join trade unions, which will negatively impact freedom of association for migrant workers, who make up over 90 per cent of the Qatari workforce. According to Human Rights Watch, article 116 of Qatar’s Labour Law allows only Qatari nationals the right to form workers’ associations or trade unions. Migrant workers, who make up over 90 percent of the workforce, cannot exercise their rights to freedom of association and to form trade unions.

The Qatari constitution guarantees the freedom to form associations, however, this right is severely restricted through subsidiary laws and in practice.

The Qatari constitution guarantees the freedom to form associations, however, this right is severely restricted through subsidiary laws and in practice. The 2004 Law of Associations and Private institutions governs the registration and operation of CSOs and establishes that Ministerial authorisation must be granted in order to acquire legal personality. Carrying out activities without the proper registration is punishable with prison sentences. The legislation prevents organisations that ‘aim to achieve material or political aims’ from acquiring legal personality. The law further restricts the right to establish associations to Qatari nationals only, except where circumstances do not allow for that to occur. The legislation also establishes exorbitant licensing and annual fees. In practice, independent human rights organisations are not allowed to operate and human rights defenders are subject to harassment, travel bans and arbitrary detention.

The Qatari constitution guarantees citizens the right to peacefully assemble and demonstrate.

The Qatari constitution guarantees citizens the right to peacefully assemble and demonstrate. However, the Law No. 18 of 2004 on Public Meetings and Demonstration imposes significant pre-conditions which must be met in order for people to be able to exercise this right. The law requires that organisers obtain prior approval from the Director General of Public Security. In practice, the right to peaceful assembly is rarely exercised in the country, and in the exceptional circumstances when it has been exercised—such as the migrant workers protest in 2014—security forces have used excessive force to disperse protests and arrest protestors.

The Qatari constitution guarantees citizens the freedom to express opinions, however, the legislative framework governing this right is very restrictive.

The Qatari constitution guarantees citizens the freedom to express opinions, however, the legislative framework governing this right is very restrictive. For example, the Press and Publications Law and the penal code both criminalise defamation. In addition, the cybercrime law criminalises posting “false news” online. In practice, the government uses this legal framework to arrest journalists and online activists reporting on sensitive issues. The domestic media landscape is controlled by the government, and access to international media is limited. As the only internet provider in the country is State-owned, authorities routinely censor and block access to certain sites.