Journalists and media outlets targeted amidst state of emergency more

Safety Concerns For Journalists In Ethiopia, As More Are Arrested And One Killed more 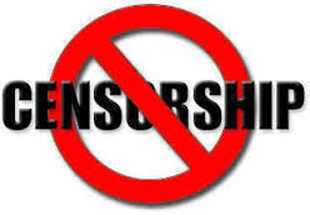 The armed conflict in Ethiopia’s Tigray region spread to Afar and Amhara threatening to spread to the capital, Addis Ababa. On 2nd November 2021, Ethiopia’s cabinet declared a six-month state of emergency after Tigrayan forces said they were gaining territory and marching on Addis Ababa.

According to Amnesty International, since the Parliament endorsed the state of emergency, on 4th November 2021, a new wave of targeted arrests has begun. Amnesty reported that security forces had targeted and arbitrarily arrested ethnic Tigrayans. The state of emergency grants the authorities powers to “arrest and detain anyone without a warrant if there is reasonable suspicion of cooperation with terrorist groups.”

On 3rd November 2021, the Office of the UN High Commissioner for Human Rights (OHCHR) and Ethiopia’s National Human Rights Commission (EHRC) made public the findings of a joint investigation. Based on the information collected and assessed, it found “reasonable grounds to believe that there have been widespread violations of international human rights, humanitarian and refugee law by all parties to the conflict in Tigray. Furthermore, [they found that] some of the violations may . . . amount to international crimes.”

On 13th November 2021, the African Union (AU) envoy, former Nigerian President Olusegun Obasanjo, expressed hope in a statement on the Prospect of Peace in Ethiopia. He stated that dialogue could end the conflict but that an immediate ceasefire was needed.

On 9th November 2021, Ethiopian authorities detained 16 United Nations staff members and their dependants in Addis Ababa. The UN Secretary-General’s spokesperson, Stephane Dujarric, said that the UN was working to secure the release of those still detained, adding that authorities had not provided a reason for their detention. On 11th November Ambassador Dina Mufti, the spokesperson of the Ethiopian Ministry of Foreign Affairs, claimed that the staff were arrested due to their infringement of the proclamation of the state of emergency, not their ethnic background or their affiliation with the UN.

On 22nd October 2021, police officers arrested Luwam Atikilti, a reporter for Ahadu Radio and Television. In a separate incident, on 26th October 2021, the police arrested the reporter and news editor Kibrom Worku after summoning him to Ahadu offices. The arrests were allegedly related to a broadcast report. Luwam interviewed an official who claimed that Tigrayan forces took control of Haiyk, a town in the Amhara region. Ahadu Radio retracted the report for inaccuracy a few hours later and apologised to its audience. Atikilti was accused of communicating with a terrorist organisation (the Tigrayan People’s Liberation Front, TPLF) and spreading false information. On 23rd October 2021, the court granted the police five days to hold her to collect evidence and on 28th October 2021, the court granted the police a further eight days.

Separately, on 29th October 2021, the Ethiopian Media Authority ordered local radio stations and TV broadcasters to stop sharing foreign news reports. The Authority issued a letter to Ahadu Radio and TV and other stations banning them from airing stories provided by international news agencies and satellites. The letter claimed that the “station was acting outside [its] goals.” The letter did not specify a time frame or the legal basis for the ban.

Awlo was one of Ethiopia's most critical voices broadcasting in the Amharic language and holding the powerful to account. News of its shutdown a big shock.

A sad day for media freedom.https://t.co/f6VyLjXSze