Yemen is an unsafe place for journalists and civil society more

Activists, journalists and protesters facing continued restrictions by parties to the conflict more 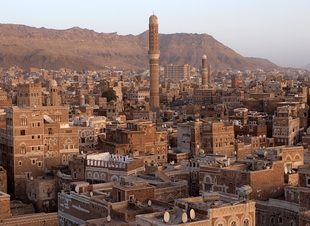 According to the International Organisation for Migration, at least 27,800 people have crossed from the Horn of Africa into Yemen in the first five months of 2022. Upon arriving in Yemen, migrants face grave human rights violations, such as detention in inhumane conditions, exploitation and forced transfers across lines of control. Women and girls often report experiencing gender-based violence, and other forms of abuse or exploitation, usually at the hands of traffickers and smugglers.

Months after a Saudi lobbying campaign quashed an independent United Nations investigation into possible war crimes in Yemen, on 12th July 2022, The Guardian reported that the Biden administration is exploring the creation of a new international committee to document and report on human rights violations in Yemen. However, this proposal has been criticised by prominent Yemeni human rights defender, co-founder and executive director of Mwatana for Human Rights Abdulrasheed al-Faqih as deeply flawed and lacking in independent oversight due to its eventual inclusion of representatives from Yemen’s presidential leadership council, which has close ties to the Saudi government. Faqih stated that such a move would be akin to asking Vladimir Putin to investigate Russian war crimes in Ukraine. In October 2021, the work of the UN Group of Eminent Experts (GEE) investigating human rights abuses committed in the Yemen war was terminated in a vote by consensus among members of the UN Human Rights Council, and which followed an intensive lobbying campaign by the Saudi representatives to the UN.

On 15th June 2022, journalist Saber Noman Al-Haidari, 42, a correspondent with the Japanese NHK TV Channel, was killed after an explosive device planted in his car blew up in Al-Mansoura, a city located in Aden Governorate. Local sources confirmed the death of two other people and a fourth person was injured in the assasination.

On 28th May 2022, GCHR reported that four journalists in Yemen were awaiting release after being removed from death row, but are now once again at risk of execution, as the initial ruling against them was appealed. During the appeal hearing on 29th May 2022, the defence team responded to the Public Prosecution’s submissions and the hearing was postponed until 31st August 2022. Abdulkhaleq Ahmed Amran, Akram Saleh Al-Walidi, Al-Hareth Saleh Hamid and Tawfiq Mohammed Al-Mansouri were convicted on 11th April 2020 by the Specialised Criminal Appeals Court in Yemen’s Houthi-controlled capital Sanaa, and have been subjected to torture and inhuman and degrading treatment throughout their arbitrary detention. They were sentenced to death on charges of spying and spreading false news. According to GCHR, accusations by the Public Prosecution against their defence lawyer Abdulmajeed Sabra of “cooperating with countries of aggression” is in direct retaliation for his effective defence of the four journalists.

Yemeni citizens, political parties, organisations and trade unions have a right to the freedom of peaceful assembly if they notify the authorities 72 hours in advance.

Yemeni citizens, political parties, organisations and trade unions have a right to the freedom of peaceful assembly if they notify the authorities 72 hours in advance. Despite such a lengthy notification period being in contravention of international best practice, traditionally the people of Yemen have been able to exercise their right to peacefully assembly. However, this ability to protest has been largely wiped out. On 24th March, 2015 Houthi rebels opened fired on a protest in South Yemen killing 6 people and wounding dozens. Protesters fear arrest, violence and retaliation for mobilising, drawing international condemnation over the dire situation for their rights. However, even in this repressive context some protests are allowed to take place. In March 2016, tens of thousands of Yemenis gathered in Sana’a to show their opposition to the Saudi led bombing campaigns.

Despite constitutional guarantees for freedom of expression, journalists in Yemen face extraordinary risks.

Despite constitutional guarantees for freedom of expression, journalists in Yemen face extraordinary risks. After the 2011 revolution the number of print and electronic media increased, but these gains were short lived. The breakdown of security, political crisis and open conflict mean that independent reporters are regularly subjected to censorship, threats and violence. At least 13 journalists have been killed in Yemen since 1992. In practice, state and non-state actors control the airwaves. Arbitrary detention and abduction of critical journalists is rife meaning that self-censorship is imperative to ensure survival. Furthermore, internet freedom is increasingly controlled by the authorities, depriving freedom of expression on the net. All of these factors combine to make Yemen one of the worst performing countries for media freedom in the world.