Activists remain in detention, as Reuters uncover collusion between authorities and hackers more

Freedom of expression under threat in the UAE more

HRDs arrested and subjected to ill-treatment in UAE prisons more 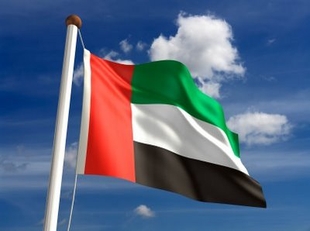 On 11th February 2021, Human Rights Watch criticised the decision of a United Arab Emirates court to sentence a Jordanian resident of the UAE to ten years in prison followed by deportation, the confiscation of devices used “in the crime,” the deletion of incriminating posts and the shutdown of his social media accounts, in retaliation against peaceful Facebook posts criticising the Jordanian Government. In October 2020, Ahmed Etoum was convicted of using Facebook to commit “acts against a foreign state” that could “damage political relations” with that state and “endanger national security” inside the UAE, for his peaceful criticism of the Jordanian royal family and government. Prior to his arrest and conviction, Etoum had lived in the UAE for five years with his wife and family. Both he and his wife worked as teachers in Abu Dhabi and Etoum frequently used his Facebook profile to express political opinions, including peaceful criticism of the Jordanian royal family, the Jordanian Government and its intelligence agency.

Furthermore, in its World Report 2021, Human Rights Watch highlighted the responsibility of the UAE for serious human rights violations, at home and abroad. The report was particularly critical of the UAE’s tendency to “jail peaceful critics on baseless charges” despite “presenting itself as an open and rights-respecting country.”

In an extensive joint report published on 27th January 2021, the Gulf Centre for Human Rights and Human Rights Watch revealed new details regarding the UAE authorities’ persecution of high-profile human rights defender Ahmed Mansoor. The 30-page report reveals the extent of the grave violations of Mansoor’s human rights and demonstrates the impunity of the State Security Agency in committing these abuses. The report sheds light on previously unrevealed details concerning Mansoor’s closed trial on speech-related charges, as well as the serious, systemic violations of his due process and fair trial guarantees under international human rights law. Further details reveal the appalling detention conditions in which Mansoor has been kept since his arrest in March 2017, including indefinite solitary confinement and the deprivation of reading materials, a bed, a mattress and other basic necessities. He has also been refused regular visits or calls with his wife and four sons.

As previously reported on the Monitor, UAE security forces arrested Mansoor in a late-night house raid on 20th March 2017. In May 2018, the Abu Dhabi Court of Appeals’ State Security Chamber sentenced Mansoor to ten years in prison on charges entirely related to his human rights activities. On 31st December 2018, the court of last resort, the Federal Supreme Court, upheld his unjust sentence, quashing his final chance at early release. Both trials were completely closed and the government has refused requests to make public the charge sheet and court rulings.

Operating a civil society organisation in the UAE is extremely difficult. The authorities tightly control the registration and activity of most organisations. Although state funding is available, vaguely defined laws and sweeping powers for officials mean that CSOs cannot undertake public advocacy on most issues.

Operating a civil society organisation in the UAE is extremely difficult. The authorities tightly control the registration and activity of most organisations. Although state funding is available, vaguely defined laws and sweeping powers for officials mean that CSOs cannot undertake public advocacy on most issues. Participation in CSOs is also limited to Emirati citizens, a rule which effectively discriminates against 90% of the population in the UAE. In practice, most NGOs pursue economic, social and cultural objectives and have close ties to the UAE’s ruling families. Designed to increase intimidation, the authorities in the UAE also target family members of prominent critics, including through arrests and travel bans and the revocation of citizenship. Individual activists regularly face harassment and in recent years the authorities have carried out sweeping raids on large numbers of human rights and pro-democracy activists, including the mass arrest of 94 people who were accused of a plot to overthrow the government. Since 2014, people who disagree with the government and express their dissent publicly also face the prospect of being prosecuted as terrorists under repressive new legislation.

The Emirati Constitution guarantees the freedom to assemble peacefully but in practice protests are banned in the UAE.

The Emirati Constitution guarantees the freedom to assemble peacefully but in practice protests are banned in the UAE. Regulations do not clearly stipulate how and for what reasons a gathering should be disbanded. People must obtain permission from the authorities before they gather in public, a clear violation of international standards on the freedom of peaceful assembly. As a result, gatherings are extremely rare although there have been notable cases of workers’ protests in recent months. Spontaneous gatherings are prohibited and authorities have arrested numerous participants of public gatherings. Amendments in 2012 to the UAE’s cyber crime law now mean that people who use the Internet to organise ‘unauthorised’ public demonstrations can be severely punished.

Although free speech is constitutionally protected, individuals who publicly criticise the authorities in the United Arab Emirates are routinely arrested, harassed, tortured and disappear.

Although free speech is constitutionally protected, individuals who publicly criticise the authorities in the United Arab Emirates are routinely arrested, harassed, tortured and disappear. Prominent academics including Dr. Issa al-Suweidi and Dr. Nasser bin Ghaith have both been convicted and imprisoned as a direct result of their peaceful human rights advocacy and online commentary in support of a freer society. Speaking openly on social media can also have disastrous consequences, as demonstrated by the ten-year prison sentence imposed on Ahmed Abdulla al-Wahdi, who ran a social media account accused of insulting the UAE’s leadership. The UAE also uses strict blasphemy laws to stifle free speech. In May 2015 they sentenced a man to a year in prison after his Facebook post was deemed to have insulted Islam. Restrictions on free speech imposed by the Printing and Publications Law of 1980 have recently been strengthened through amendments in 2012 to the UAE’s cyber crime law. Under the revised law, users can be jailed if they post content online which criticises the country or its leaders. The authorities heavily censor and monitor online content and have in the past blocked websites, including that of the Gulf Centre for Human Rights in early 2015.