Critical voices silenced in the Solomon Islands amid the pandemic more 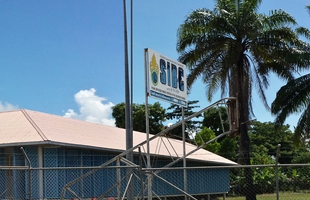 Increasing restrictions and control of the press in the Solomon Islands

In May 2022, journalists in the Solomons faced numerous restrictions while trying to report on the visit of China’s Foreign Minister Wang Yi to the region. The government is seeking tighter control over the nation's state-owned broadcaster, a move that opponents say is aimed at controlling and censoring the news. The authorities have threated to ban or deport foreign journalists deemed disrespectful of the country’s relationship with China.

The CIVICUS Monitor has documented an uptick in restrictions on civic space by the government, which led to the downgrading of the Solomons’ rating to ‘narrowed’ in December 2021.

As previously documented, there have been threats to ban Facebook in the country and attempts to vilify civil society. The authorities have also restricted access to information, including requests from the media. During violent anti-government protests in November 2021, journalists on location were attacked with tear gas and rubber bullets from the police.

Elections are held on the Solomon Islands every four years and Parliament was due to be dissolved in May 2023. However, the Solomon Islands is set to host the Pacific Games in November 2023, and Prime Minister Manasseh Sogavare has sought to delay the dissolution of parliament until December 2023, with an election to be held within four months of that date. The opposition leader has criticised this delay as a “power grab”.

There have also been growing concerns over press freedom and the influence of China, which signed a security deal with the Pacific island nation in April 2022.

The Chinese foreign minister's visit to the Solomon Islands has been shrouded in secrecy and press restrictions https://t.co/TonCxMeXaU via @mongster

In May 2022, journalists in the Solomons faced numerous restrictions while trying to report on the visit of China’s Foreign Minister Wang Yi to the region.

According to reports, China’s foreign ministry refused to answer questions about the visit. Journalists seeking to cover the Solomon Islands for international outlets said they were blocked from attending press events, while those journalists that were allowed access were restricted in asking questions.

Georgina Kekea, president of the Media Association of Solomon Islands (MASI), said getting information about Wang’s visit to the country, including an itinerary, had been very difficult. She said there was only one press event scheduled in Honiara but only journalists from two Solomon Islands’ newspapers, the national broadcaster, and Chinese media were permitted to attend. COVID-19 concerns were cited as the official reason for the limited number of journalists in attendance.

Kekea said: "MASI thrives on professional journalism and sees no reason for journalists to be discriminated against based on who they represent. Giving credentials to selected journalists is a sign of favouritism. Journalists should be allowed to do their job without fear or favour”.

The International Federation of Journalists (IFJ) said that “restriction of journalists and media organisations…sets a worrying precedent for press freedom in the Pacific” and urged the government of the Solomon Islands to ensure press freedom is protected.

The government of the Solomon Islands is seeking tighter control over the nation's state-owned broadcaster, a move that opponents say is aimed at controlling and censoring the news.

On 2nd August 2022, the government ordered the country's national broadcaster - the Solomon Islands Broadcasting Corporation, known as SIBC - to self-censor its news and other paid programmes and only allow content that portrays the nation's government in a positive light. The government also said it will vet all stories before broadcasting.

The broadcaster, which puts out radio programmes, TV bulletins and online news, is the only way to receive immediate news for people in many remote areas of the country and plays a vital role in natural disaster management.

The move comes a month after the independence of the broadcaster was significantly undermined, namely when it lost its designation as a ‘state-owned enterprise’ and instead became fully funded by government. This has caused concerns that the government has been seeking to exert greater control over the broadcaster.

The International Federation of Journalists (IFJ) said: “The censoring of the Solomon Island’s national broadcaster is an assault on press freedom and an unacceptable development for journalists, the public, and the democratic political process. The IFJ calls for the immediate reinstatement of independent broadcasting arrangements in the Solomon Islands”.

However, in an interview on 8th August, the government seemed to back track on the decision and said that SIBC would retain editorial control. It said that it only seeks to protect “our people from lies and misinformation […] propagated by the national broadcaster”.

Solomon Islands to ban foreign journalists who are not ‘respectful’ – report https://t.co/JnVMK8blzE

The authorities have threated to ban or deport foreign journalists deemed disrespectful of the country’s relationship with China.

According to IFJ, the Prime Minister’s Office issued a statement on 24th August which criticised foreign media for failing to follow standards expected of journalists writing and reporting on the situation in the Solomons Islands. The government warned it would implement swift measures to prevent journalists who were not “respectful” or “courteous” from entering the country.

The statement specifically targeted a 1st August episode of Four Corners, titled ‘Pacific Capture: How Chinese money is buying the Solomons’. The investigative documentary series by the Australian Broadcasting Corporation (ABC) was accused of “misinformation and distribution of pre-conceived prejudicial information”. ABC has denied this accusation.

IFJ condemned “this grave infringement on press freedom” and called on Prime Minister Manasseh Sogavare to “ensure all journalists remain free to report on all affairs concerning the Solomon Islands”.