Presidential poll held in climate of fear and repression more 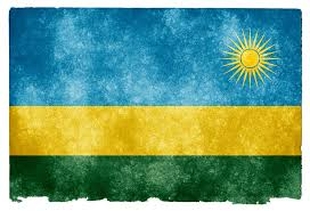 Report reveals that the Rwandan authorities use the NSO Group’s spyware to target approximately 3,500 activists, journalists, political opponents, foreign politicians and diplomats; over a dozen arrested ahead of a planned event, to discuss political repression in Rwanda; Content creator Yvonne Idamange sentenced to 15 years in prison for reportedly criticising the Rwandan government and President Paul Kagame in a video, Paul Rusesabagina sentenced to 25 years in prisin

According to Forbidden Stories, a nonprofit organisation dedicated to sharing the work of journalists who face threats, prison or murder, and Amnesty International, new evidence reveals that the Rwandan authorities use the NSO Group’s spyware to target approximately 3,500 activists, journalists, political opponents, foreign politicians and diplomats. The spyware also allegedly infected phones belonging to Paul Rusesabagina’s daughter, Carine Kanimba, who lives in Belgium and several of his associates. Amnesty International collaborated with Forbidden Stories and more than 80 journalists to conduct cutting edge forensic investigations on mobile phones to identity traces of the spyware. The investigation found 50,000 phone numbers of potential surveillance targets, including 3,500 from Rwanda.

We strongly condemn the arrest on Oct. 13 of journalist Theoneste Nsengimana from #Rwanda's Umubavu TV online. The same day, 7 members of the opposition party were also arrested.

In other developments, between 13th and 16th October 2021, Rwandan officials arrested nine political opposition members and one journalist. The arrests are related to a planned event, "Ingabire Day," which was scheduled to take place on 14th October to discuss political repression in Rwanda. On 13th October 2021, police arrested Théoneste Nsengiman, a YouTube journalist hosting the show, and Victoire Ingabire, the leader of unregistered opposition party Dakda Umurinzi. Five party members and representatives, namely Sylvain Sibomana, Alexis Rucubanganya, Hamad Hagengimana, Jean-Claude Ndayishimi and Joyeuse Uwatuj, were also arrested at their homes on 13th October. The Rwanda Investigation Bureau cited the reason for the arrests as "publication of rumours intended to cause uprising or unrest among the population" on Twitter and warned those who use social media to "undermine national security" and "incite division". Authorities arrested two more members on 14th October 2021, and Régine Kadoyimana, an administrative assistant in the party, was arrested on 16th October at her home.

RWANDA: Yvonne Idamange, Rwandan content creator and genocide survivor was sentenced to 15 years in prison on Thursday by a Rwandan court for “incitement of violence.”
~THE STREET JOURNAL.#KMAUPDATES pic.twitter.com/1vN67NwJSe

On 30th September 2021, the Rwandan High Court sentenced Yvonne Idamange to 15 years in prison. As previously reported by the Monitor, police arrested Yvonne on 15th February 2021 for reportedly posting a video in which she criticised the Rwandan government and President Paul Kagame. She faced six charges, including “spreading rumours using technology”, “contempt for genocide memorials” and “obstruction of the implementation of government policies”, among other charges.

'Hotel Rwanda' hero Paul Rusesabagina was found guilty in his trial on 20 September 2021, after being charged with terrorism and other crimes along with 20 others. epa / Eugene Uwimana#Kigali #Rwanda #trial #verdict #epaphotos #visualizingtheworld pic.twitter.com/FfCJ1faTK7

On 18th August 2021, the High Court announced that the verdict in Paul Rusesabagina’s case, which was slated for 20th August 2021, would be postponed to a later date. As previously reported by the Monitor, Rusesabagina, the former manager of Kigali's Hôtel des Mille Collines faced nine offences, including membership in a terrorist group and financing terrorism. On 20th September 2021, the court sentenced Rusesabagina to 25 years in prison, but the prosecutor later appealed against the 25 year sentence and sought a life sentence instead. Several human rights organisations, the US state department and Belgian Foreign Minister Sophie Wilmès criticised the trial as unfair and biased.

The independence of civil society organisations in Rwanda is seriously compromised in practice – those that cooperate with the government can operate relatively freely, while those that do not face interference, harassment or closure.

The independence of civil society organisations in Rwanda is seriously compromised in practice – those that cooperate with the government can operate relatively freely, while those that do not face interference, harassment or closure. In 2016, there are few active human rights organisations in Rwanda and some of those that do exist have either been undermined by state intelligence infiltration or weakened by internal divisions. In October 2015, seven steering committee members of the remaining rights organisations, the Great Lakes Human Rights League (LDGL), were arrested and briefly detained. The LDGL’s acting Executive Secretary Epimack Kwokwo was arrested in 2015 and was continually harassed, including through threatening phone calls, because of his work to protect human rights defenders in Rwanda. Kwokwo was expelled from the country in May 2016. Civil society representatives surveyed in 2011 were generally positive about their experiences of registering an organisation, although some have criticised the requirement to reregister on an annual basis. Relatively enabling NGO laws passed in 2008 and 2012 are undermined by the imposition of excessively bureaucratic requirements for registration and limits on overhead spending by INGOs. Rwandan law does not impose any barriers on foreign funding of local CSOs.

While the Constitution protects the right to assemble in public, the law regulating this right requires that organisers give the authorities a month’s notice of their intention to gather.

While the Constitution protects the right to assemble in public, the law regulating this right requires that organisers give the authorities a month’s notice of their intention to gather. Spontaneous demonstrations are not provided for the in law. In practice, individuals often refrain from taking to the streets to demonstrate out of a fear of being arrested. As a result protests in Rwanda are rare, although demonstrations related to the Rwandan government’s actions are frequently organised by diaspora communities living in other countries in Africa and Europe. When protestors in Rwanda fall foul of the rules governing public assemblies, they are liable to be punished with a large fine or up to three years in jail.

There are substantial limitations on the right to free expression in Rwanda. Criticism of the government carries risks, and many journalists self-censor their reporting.

There are substantial limitations on the right to free expression in Rwanda. Criticism of the government carries risks, and many journalists self-censor their reporting. Journalists and media houses violating these unwritten rules are regularly targeted. In January 2016, investigative reporter John William Ntwali was arrested on trumped up charges and detained for 13 days. In 2014, his news website Ireme was hacked during a two-week period of attack on the media. In February 2016, the offices of The East African were raided by police who arrested one journalist and confiscated two computers. Foreign media also face restrictions in Rwanda. In October 2014, the authorities suspended BBC radio broadcasts within the country, a decision which was made indefinite at the end of May 2015. Fred Muvunyi, the head the Rwanda Media Commission fled the country saying he feared for his own safety after the commission argued with government over the BBC suspension. The ten year sentence imposed on singer Kizito Mihigo in 2015 highlighted that the private communications of people in Rwanda can be easily intercepted and read by the state. Mihigo was convicted of conspiracy to overthrow the government, and the content of WhatsApp and Skype messages sent to opposition critics in exile were used as key evidence. Despite attempts by the government to expand Internet access in Rwanda, penetration remained at just 11% in 2014, and the government blocked certain sites on the grounds that their content violated strict media laws or prohibitions on ‘genocide denial’.