In the face of censorship and media restrictions, Azamn journalists honoured for their work more 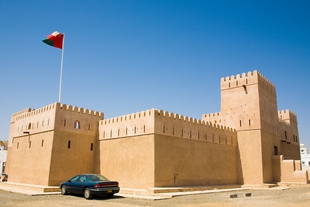 During its third UPR session on 21st January 2021, Oman received approximately fifteen recommendations concerning the right to freedom of opinion and expression. For example, Denmark recommended that Oman “amend the 2002 Telecommunications Act and the 2011 Cybercrime Law to bring them into line with international standards on the right to freedom of opinion and expression.” Commenting on the UPR recommendations, MENA Rights Group stated that both of these laws “contain provisions that have been used to target and restrict the work of activists and journalists and to ban books, impose travel bans, and suspend the licenses of independent media and newspapers.” Further recommendations received by Oman in this UPR session include a recommendation to amend the 2018 Penal Code which includes overly broad provisions restricting Omani citizens’ right to freedom of expression as it criminalises criticism of the Sultan or any foreign head of state in or visiting Oman. Furthermore, it criminalises the broadcasting, publication or possession of information considered to be “harmful to the state.” Article 115 further imposes a maximum prison sentence of three years for anyone who publishes information that is “liable to harm the prestige of the state.”

On 4th April 2021, online activist Muslim Al-Badi, who works as a nurse at Sohar Hospital, surrendered himself to authorities to complete the one year and three months remainder of his sentence, out of the original two-year prison sentence which was upheld by the Appeal Court in Sohar on 31st March 2021. He was convicted of insulting the Sultan, during the reign of the former Sultan Qaboos, in connection with his peaceful activities on social media networks.

#Oman: Dr. Ahmed Issa Qatan has been arbitrarily detained since February 23 in retaliation for his work defending of the environment.

📢We call for his immediate and unconditional release & for the end of the judicial harassment against him.

In other developments, the Gulf Centre for Human Rights (GCHR) and the Omani Association for Human Rights (OAHR) reported that several environmental activists have been arrested in Oman. On 31st March 2021, the Court of First Instance in Salalah sentenced environmental rights defender and specialist in the desalination of sea water, Dr Ahmed Issa Qatan, to six months’ imprisonment and imposed a fine of 1,000 Omani riyals (approx. USD$2,700). Dr Qatan, who was summoned to appear before the Special Division of the Salalah Police Command on 23rd February 2021, was arrested and later sentenced on allegations of having committed "a misdemeanor to use the Internet to publish information that would harm the public order" under Article 19 of the Omani Cyber Crime Law. Dr Qatan’s arrest and imprisonment is related to his peaceful campaigning work to preserve the traditional way of life and ecology of the Dhofar Plain. The Plain is currently threatened by plans to transfer its control to the Ministry of Housing and Urban Planning in order to construct housing complexes in this area of significant natural beauty, ecological and cultural importance.

Separately, the Omani security authorities in Dhofar Governorate arrested three online activists, Amer Muslim Bait Saeed and Salem Tabuk, as well as the poet Salem Ali Al-Maashani, on 28th February 2021, in relation to their peaceful opposition to development plans that would endanger the environment and the traditional way of life of camel herders who have roamed the Dhofar Plains freely for hundreds of years. Bait Saeed was eventually acquitted and released on 8th March 2021. However, on 31st March 2021, the Court of First Instance in Salalah issued Al-Maashani with a one month suspended sentence and a fine of 1,000 Omani riyals (USD 2,591). Tabuk was sentenced to two months in prison and a fine of 1,000 Omani riyals (USD 2,591).

The government of #Oman takes the authoritarian government of China as a role model and bans the popular social media app #Clubhouse which has been used by Omanis as a space to express their opinions freely without government censorship. #عمان_تحظر_كلوب_هاوس #China pic.twitter.com/UF9BTi0FyA

On 14th March 2021, the Telecommunications Regulatory Authority of Oman decided to ban the voice chat application, Clubhouse, on accusations that it had not been licensed by the Authority. According to reliable reports received by GCHR, the Internal Security Service was responsible for the decision to block Clubhouse. GCHR, OAHR, Access Now, the Omani Centre for Human Rights and the Muwatin Media Network denounced the measure as indicative of “a continuous pattern of repressive measures that the authorities have followed in recent years.”

The right to form and operate civil society organisations in Oman is governed by the Law on Associations, which requires all societies to register with and obtain the approval of the Ministry of Social Development.

The right to form and operate civil society organisations in Oman is governed by the Law on Associations, which requires all societies to register with and obtain the approval of the Ministry of Social Development. Civil society organisations must also notify the minister 15 days in advanced of any meeting that they plan to hold. In a context where domestic funding for human rights work is virtually non-existent, NGOs and societies must also get ministerial approval before they receive foreign funding. Those who do not comply are considered to be in contravention of the law and are can be punished with up to six months in prison. Article 134 of the Penal Code bans 'the formation of associations, parties and organisations which are against the Sultanate’s statues or social and economic systems.' Individual human rights defenders are subject to frequent harassment, and intimidation, through tactics which include travel bans, persecution through the court system and arbitrary detention.

The Omani Constitution guarantees individuals the right to freedom of peaceful assembly, however, the authorities have imposed numerous restrictions on individuals attempting to exercise this right.

The Omani Constitution guarantees individuals the right to freedom of peaceful assembly, however the authorities have imposed numerous restrictions on individuals attempting to exercise this right. Article 137 of the Penal Code of Oman requires government approval for all public gatherings and imposes penalties on anyone participating “in a private gathering including at least 9 individuals with a view to commit a riot or a breach of public order”. In addition to bureaucratic restrictions, the authorities have also repressed peaceful demonstrations using excessive force. Protestors also regularly face arrest on the pretext that they are instigating violence and participating in a non-permitted gathering.

Oman’s Basic Law guarantees freedom of expression while forbidding any publication that “leads to public discord, violates the security of the state or abuses a person’s dignity and his rights.”

Oman’s Basic Law guarantees freedom of expression while forbidding any publication that “leads to public discord, violates the security of the state or abuses a person’s dignity and his rights.” The legal framework is severely restricted. For example, the Press and Publications Law prohibits “publishing any item that could prejudice the behaviours and general ethics and divine religion” and the penal code criminalised publicly insulting or defaming the “Sultan’s rights or authority.” Journalists are often the subject of arbitrary arrests and detention. The government has the power to censor any material in local and foreign media and also exercise heavy control over the internet, by blocking controversial news and through monitoring social media and communications platforms.