On the Watchlist: Protest continue in Lebanon; activists, journalists targeted by government more

Lebanon: Unprecedented use of violence in anti-government protests more

CSO conference takes place despite attempts to close it down more 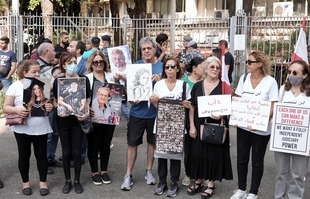 Several important protests took place during this period. Protesters who staged actions against the Higher Judicial Council’s decision to appoint an alternate investigative judge in the Beirut blast probe faced insults and harassment. Protesters demanding the release of two activists who were arrested for their participation in events at Blom Bank faced repressions. Concerningly, journalists continue to face intimidation and harassment, including rape and death threats.

During August 2022 and September 2022 several new civil society organisations were established in Lebanon. Their focus area was social development and socio-economic issues in line with the ongoing crisis situation in the country.

On 3rd August 2022, photojournalist Hassan Shaaban, who had published videos and photos of protests against water shortages in Beit Yahoun on social media, was assaulted by a group of 12 to 15 men affiliated with Hezbollah, received death threats, and was asked by local Hezbollah officials to remove the videos of the protests, which he refused to do. A day later, on 4th August 2022, he found a bullet stuck on his car window. On 14th August 2022, he found his car with a punctured tyre and a note saying “Leave the village, spy, dog”.

Also happening in #Lebanon: photojournalist @hasanshaaban, who previously received death threats in August after his coverage of protests against a water shortage, found a note on his car on August 14, demanding he leave his home village of Beit Yahoun.https://t.co/ftjD1ZqaYd

Additionally, on 1st September 2022, Shaaban found an handmade explosive device under his car. In response to the numerous attempts to intimidate Shaaban, the Alternative Press Syndicate staged a sit-in at the Interior Ministry and Information Ministry in Beirut to demand authorities take action.

On 13th August 2022, journalist Dima Sadek was the subject of a public incitement to murder and rape campaign launched by Jawad Nasrallah, the Hezbollah head’s son, after she published a satirical photo on Twitter about the attempt on the life of British-American novelist Salman Rushdie in the United States and Iran's role in it, with the caption "The Satanic Verses’. Following this, supporters on Twitter encouraged a troll campaign against the journalist, and Hezbollah’s activists and supporters started threatening her with rape, murder and other forms of violence. The Coalition for Women in Journalism (CFWIJ) said that this case is similar to those of30 other journalists who have been the targets of such methods since the Beirut port explosion two years ago.

“The Coalition for Women In Journalism (CFWIJ) stands in solidarity with Dima Sadek; we express grave worry over threats to her. The CFWIJ lament this wave of hatred against journalists in Lebanon being unleashed and involved by Hezbollah leaders and activists. The CFWIJ urge the Lebanese authorities to protect Dima and other journalists and investigate the intimidation they were subjected to; we stress that digital violent threats often lead to physical violence."

#Lebanon: TV host @DimaSadek is receiving death and rape threats in an online harassment campaign by Hezbollah supporters since August 13, over a tweet. CPJ condemns the threats and calls the authorities to investigate them and protect Sadek. https://t.co/gQsx73Fcl7

Other incidents against journalists included: