Ruling may vindicate conscripts of forced labour, as EU cautioned against facilitating the vice more

No tangible change despite peace with Ethiopia more

Activists call for reform after peace deal with Ethiopia more

Unconfirmed reports of killings during rare protest in Asmara more

Crackdown on Christian followers as thousands flee the country more

Journalists jailed for attempting to flee the country more

Defenders Speaking Out: “The regime in Eritrea is a crime in itself.” more 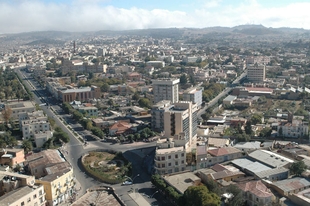 The armed conflict continues to escalate in the northern Tigray region of Ethiopia, which borders Eritrea. Grave violations of international humanitarian law and human rights law have been documented, some of which may amount to war crimes and crimes against humanity, committed by the Eritrean Defence Force (EDF), as the Office of the UN High Commissioner for Human Rights (OHCHR) and the Ethiopian Human Rights Commission (EHRC) reported. The European Union and the United States expressed concerns over deploying more troops.

Press Release: The level to which the 🇪🇷#Eritrea Government is ignoring Dawit Isaak's basic, fundamental human rights is appalling.

Almost 20 years since detention, Dawit has never been charged with a crime, spent a day in court or spoken to his lawyer.
👉https://t.co/OsOaaAihzH pic.twitter.com/xVr8qwlXUv

"The enforced disappearance of Mr. Isaak for almost two decades is extremely concerning… The Government of Eritrea has not confirmed his whereabouts or provided any solid evidence about his state of health in all these years. It has denied torture allegations but has not allowed anyone to visit Mr. Isaak."

Isaak established the Setit newspaper, one of Eritrea's first independent media outlets, in the 1990s. In May 2001, the outlet published open letters written by a group of politicians known as the G15 urging the Government to hold open elections and implement a newly drafted Constitution. A few months after the letters were published, on 23rd September 2001, Isaak was arrested. His arrest came five days after president Issaias Afeworki embarked on a major crackdown, banning all independent media on 18th September 2001, at a time when the world’s attention was diverted to the 09/11 terrorist attacks. Out of a dozen journalists who were arrested that month, Isaak is only one of three who are still believed to be alive, and is thought to be held in Eiraeiro prison, which is notorious for torture and inhumane conditions.

According to Reporters Without Borders (RSF), Isaak is currently the world's longest-held journalist. RSF also called for the release of all imprisoned journalists on the 20th anniversary of the media freedom crackdown in Eritrea. They urged Eritrea's partner countries to pressure Eritrea to “free the journalists being held and to provide proof that those held incommunicado for the past two decades are still alive.” In September 2021, at least 11 journalists were imprisoned in Eritrea without trial.

The brutality meted out by the Eritrean state means that no human rights organisations or activists are able to operate openly from within Eritrea.

The brutality meted out by the Eritrean state means that no human rights organisations or activists are able to operate openly from within Eritrea. Human rights organisations operating from outside Eritrea have described the country as ‘a big prison for its own people.’ People attempting to flee the country risk arrest and detention in one of Eritrea’s networks of secret detention centres across the country, in which detainees are kept in inhumane conditions and regularly tortured. As noted by the UN Special Rapporteur on the Situation of Human Rights in Eritrea, individual liberties are also denied through the continuing practice of forced and indefinite conscription into the armed forces, whereby conscripts are forced into harsh conditions, low pay and forced labour. A 2005 proclamation provides a regulatory framework for nongovernmental organisations (NGOs), but their activities are strictly limited to implementing relief and rehabilitation activities and those that seek to engage in other activities can be held criminally liable.

Eritrea’s constitution says that ‘all persons shall have the right to assemble and to demonstrate together with others peaceably.’ In practice, this right is completely denied...

Eritrea’s constitution says that ‘all persons shall have the right to assemble and to demonstrate together with others peaceably.’ In practice, this right is completely denied, and given the huge risks involved for protestors, most demonstrations against the state take place in other countries. Groups, including student unions, which were likely to stage protests against increasing repression, have been disbanded and their leaders arrested. Faced with the threat of attack, in 2013 and 2014 activists distributed posters calling for Eritreans to demonstrate their opposition to the state by staying at home and emptying the streets on Fridays.

For eight years, Eritrea has been ranked the worst country in the world on the World Press Freedom Index.

For eight years, Eritrea has been ranked the worst country in the world on the World Press Freedom Index. Human rights groups in the region report that at least 23 journalists are imprisoned in Eritrea, including Dawit Isaak and Seyoum Tshehaye, who have been held incommunicado since 2001; fifteen years later, their families do not know if they are still alive. The last foreign journalist was expelled from Eritrea in 2004, having reported on human rights issues. The government controls the only printing house in Eritrea and according to the International Telecommunications Union, less than 1% of people had access to the Internet in 2014. Despite the high risks, activists continue to try to circulate independent information, even distributing an underground newspaper in Asmara in 2013.