Canada: use of emergency powers to disperse protests under scrutiny more

Canada: Freedom Convoy organisers have their day in court more

Civil society pushes back against restrictive laws in Canada more 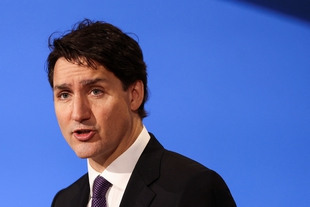 In April 2022, Prime Minister Justin Trudeau announced that an independent public inquiry would be held into the government’s use of emergency powers in February 2022 to disperse anti-vaccine trucker protests and border blockades.

Today’s comments from @CanadianPM @marcomendicino @BillBlair setting out their vision for the #EmergenciesAct inquiry fell short. The government’s remarks demonstrate that they are hoping for an inquiry that will look primarily at the actions of the protesters. 1/4#cdnpoli

In April 2022, Prime Minister Justin Trudeau announced that an independent public inquiry would be held into the government’s use of emergency powers in February 2022 to disperse anti-vaccine trucker protests and border blockades. In a statement issued on 25th April 2022, Trudeau said the Public Order Emergency Commission would examine the circumstances that led him to invoke the Emergencies Act, and what actions were taken to respond to the trucker convoy.

In a related development, on 12th April 2022 a Quebec judge ruled that a mother could have her 10-year-old son vaccinated without the father’s consent. The father was also ordered not to take the child to protests against COVID-19 vaccines. The mother said the child’s father took him to the trucker convoy protests in Ottawa, but she believes those kinds of protests are dangerous for children. According to the mother’s account, the boy’s father forced him to lie about his age to avoid masking in public places.

In another case, one of the leaders of the convoy was charged with perjury and obstruction of justice on 14th April 2022. Pat King was arrested in February on charges related to his involvement in the protest. He has remained in custody ever since.

Protesters have continued to organise demonstrations against COVID-19 vaccine mandates and other related measures. On 29th April 2022, several people were arrested at an Ottawa protest where trucks and motorcycles tried to make their way to Parliament Hill. Protesters were largely stopped by police wearing helmets and shields. Ottawa police called in more than 800 reinforcements from RCMP and other forces to help, including by blocking off highway exits and streets in the downtown core to prevent an encampment forming. City bylaw officers said they had issued 185 tickets and towed 20 vehicles related to the rally.

On 20th April 2022, two people were arrested for blocking the Trans-Canada Highway in Langford as part of a protest in defence of old-growth forests. About five people took part in the demonstration, sitting on the road and blocking the passage of vehicles. When officers arrived at the scene, a man and a woman attached themselves to a metal barrel filled with concrete. They were reportedly charged with “intimidation” and “mischief.” One person was arrested for blocking the Iron Workers Memorial Bridge in Vancouver on 25th April 2022 as part of a similar protest. The environmental group Save Old Growth has staged several similar blockades on Vancouver Island and the Lower Mainland to protest old-growth logging in British Columbia.

Marking Earth Day, 22nd April, protest actions took place across Canada as people demanded action on the climate crisis and called for the protection of the country’s old-growth forests. In Vancouver, dozens marched from City Hall to the Cambie Street Bridge. In Montreal, hundreds marched to demand climate action and the cancellation of fossil fuel projects.

“This sentence is a continuation of a long history of British Columbia criminalising Indigenous people for defending their territory. Sentencing an Indigenous man to four weeks in prison for peacefully defending the territory is a disproportionate response and contributes to the over-representation of Indigenous people in the criminal justice system. This is not justice. The Tsleil-Waututh Nation stands with Will George.”

Ninety-five workers with the International Brotherhood of Electrical Workers went on strike a week ago and started holding daily pickets over the weekend. https://t.co/b4MSTVO3yn

In April 2022, ninety-five members of the International Brotherhood of Electrical Workers in Toronto held daily pickets and went on strike over several days. The electrical rail workers said they had been working without a negotiated contract since 2019. The end of the strike was announced on 3rd May 2022, after a tentative agreement was reached with Toronto Terminals Railway.

On 1st May 2022 there were multiple events in Montreal to mark International Workers’ Day. One large protest, organised by union groups, called on the government to do more to address rising costs and stagnant salaries. “It's not normal, it's not decent for workers to have to work two or three jobs to remain in this precarious state,” said one event organiser. More than 850,000 Quebec workers earned the minimum wage or less in 2021. The protesters demanded a higher minimum wage increase and better working conditions. At least one person was arrested at another protest near the Place du Canada, which was dispersed by police using “chemical irritants” after alleged incidents of violence and vandalism.

On 12th May 2022, thousands of people in Ottawa joined an anti-abortion rally which has taken place annually to mark the anniversary of the day Bill C-150 was passed in 1969, decriminalising contraception in Canada and allowing abortion in certain circumstances. Counter-protesters also gathered in downtown Ottawa to show their support for women’s rights, holding signs with messages such as “Abortion is health care.”

Tough to see how the Ottawa Police explanation holds up that these “youths” were “trespassing” on the sidewalk, when they just wanted to cross the street and join the protest pic.twitter.com/QUKSZPZViN

On 13th May 2022, a teenager was arrested during a protest against the sexist enforcement of a dress code at a high school in Ottawa. About 350 students took part in the demonstration across the street from the Catholic school, just off school property. On the previous day, they said, some students - mainly girls - were pulled out of class to see whether their clothing conformed to the dress code rules. The student protesters said the situation was humiliating and degrading. The police claimed they intervened in the protest because two teenagers who were not students at the school were agitating the crowd. One of the young men was arrested for trespassing, yet videos shared on social media showed that the arrest happened as the young man recorded a discussion with a police officer on his phone. He was later released with no tickets or charges.

On 18th May 2022, students in Kingston walked out of classes to voice their opposition to a recently announced Supreme Court decision that enables defendants accused of violent crimes such as homicide and sexual assault to use “self-induced extreme intoxication” as a defence. Students from the Loyalist Collegiate and Vocational Institute said the decision will make girls and women feel increasingly unsafe, especially in social settings where alcohol is served. With the decision issued by the Supreme Court of Canada on 13th May 2022, defendants who voluntarily consume intoxicating substances and then commit assault, including sexual assault, may be able to claim their actions were involuntary. The new ruling struck down a 1995 federal law supported by women’s advocacy groups that prohibited this type of defence.

A major labour union in Quebec is calling recent action by the management of an Amazon warehouse in Montreal "tactics of intimidation and harassment" that interfere with a recently launched unionization campaign. https://t.co/Z479H69PAZ

In June 2022, the Confédération des syndicats nationaux (Confederation of National Unions) said that the management of an Amazon warehouse in Montreal had adopted “intimidation and harassment” tactics to interfere with a unionisation campaign. According to the group, the managers pinned anti-union messages to the facility’s walls and sent text messages on employees’ personal phones, saying “It is your fundamental right to sign or to say ‘No, thank you’ or ‘I am not interested’.” Under Quebec’s Labour Code, an employer has free speech rights but is not allowed to interfere with a unionisation campaign, nor is it allowed to issue threats or promises. Workers at the warehouse have reportedly been ordered to disperse when discussing the issue and received oral threats that the warehouse would close if they unionised.

In a separate development, on 8th February 2022 the Quebec Court of Appeal reinstated a decision of the Administrative Labour Tribunal allowing the unionisation of first level managers. The decision was taken in the context of a years-long legal dispute between Association des cadres de la Société des Casinos du Québec (Association of managers of the Casinos Society of Quebec) and the Société des casinos du Québec (Casinos Society of Quebec), stemming from an application filed by the Association in 2009 for certification to represent certain management employees of the Society.

Under the Quebec Labour Code, managers are excluded from the definition of “employees.” The Court of Appeal ruling confirms for the first time in Quebec the right of first-level managers in companies or organisations to unionise. This would impact first-level managers without a strategic or management role in labour relations, in organisations with five or more levels of management.