Concerns over the state's "aggressive and intolerant" attitude towards media more

Conditions for civic activism in Botswana are healthy but narrowing. Citizens are free to form civil society organisations without undue interference from the state and to peacefully assemble and demonstrate in public. 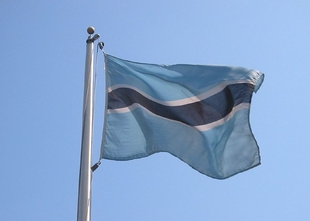 A prominent human rights lawyer who has been involved in a case challenging the president was disallowed entry into the country, while a new report documents the deteriorating state of civic space in the country.

Following the completion of two terms in office#President Lt Gen Dr Seretse Khama steps down today. From the 1st April 2018 #Botswana will be having a new President 55 year’s young Mokgweetsi Masisi ahead of elections in 2019 #DemocraticProcess pic.twitter.com/xQFvEQe8H9

On 1st April 2018, former President Ian Khama stepped down, after his two consecutive terms came to an end, giving way to Botswana’s new president Mokgweetsi Masisi. Recently inaugurated Masisi becomes Botswana’s fifth President and is expected to be in office for 18 months until the next planned General Elections in October 2019.

Great that @OfficialMasisi has reversed the devision to make Salbany a Prohibited immigrant. Now for the cherry on top. Can we get assurances that Edgar Tsimane will NOT be harrassed should he come back to Botswana!?! #MasisiPresser #GoMasisi

Just days after his inauguration as President, on 29th May 2018, the Media Institute of Southern Africa (MISA) and various other news agencies reported that a well-known lawyer, Joao Carlos Salbany, a South African national, had been barred from entering Botswana by President Mokgweetsi Masisi.

As a prominent lawyer and HRD, Salbany has been deeply involved in providing legal advice to the Botswana Congress Party, one of Botswana's main opposition parties, in a case challenging President Masisi’s automatic succession as unconstitutional. A month prior to the declaration by president Masisi, Salbany’s home in Pretoria, South Africa, was raided and his laptop and cell phone stolen. Speaking to the Sunday Standard Newspaper, Salbany indicated that he was convinced that the Directorate of intelligence and security services was behind the raid.

Previously, Salbany had also been engaged by the Botswana Federation of Public Sector Union (BOFEPUSU) for advice regarding their planned march against corruption.

According to MISA, Salbany has a reputation of being an astute lawyer of conscience as a result of being involved in democratic causes such as defending journalists, trade unionists and politicians. Salbany was also the legal representative for the Botswana Gazette when the police prevented journalists from entering their offices and he secured a court order against the police.

Decrying the move by Botswanan authorities, MISA’s Board said:

We view Salbany’s banishment as an affront on the freedom of expression crusade that he stood fervently in defence of. The tragedy is that he joins a long list of men and women of good standing who have been jettisoned out of this country for being good human beings, among them Steven Bennet whose ‘crime’ was to come to the defence of Basarwa of the CKGR when all they wanted was to return to their ancestral home, Professor Kenneth Good whose ‘wrong-doing’ consisted in teaching his students principles of good citizenship, the late Mxolisi Mxashe - a journalist who wrote a great deal about issues of the liberation struggle, Gwen Ansel - who happened to be too close for comfort to a case involving the bungling state operatives – to name but a few.

On 30th May, President Masisi reversed his decision and allowed Salbany back into the country.

Over the course of 2017, MISA has witnessed the restriction of civic space across southern Africa, along with a subtle erosion of free speech rights. Read the full report, developed in partnership with @FesmediaAfrica, here: https://t.co/pzAwgZQoKf &here: https://t.co/Ue4tPEbyhL pic.twitter.com/Lpa4wARdAd

On 3rd May 2018, MISA released its 2017 analysis of the state of media freedom and free expression in southern Africa in its annual publication “So this is Democracy”. The report highlights several threats to media freedom, freedom of expression and access to information in Botswana. MISA also highlights the shrinking civic space in the country, linking this to concentration of power in Botswana’s Executive.

The report is also quick to note the false reputation of a democratic state which Botswana enjoys globally, by stating:

“In recent years, the reputation Botswana has been graced with, does not match reality and the transgressions against media freedom, freedom of expression and access to information have been more difficult to ignore”

The report also refers to documented cases of consistent threats by the state on the media intended to silence critics as well as assaults on the media in the pretext of national security throughout the year 2017.

Freedom of association is coming under threat in Botswana due to the overreach of the state security agency, the Directorate of Intelligence and Security Services (DISS). Civil society groups in Botswana are critical of DISS’ intrusive intelligence methods that undermine basic rights and create a climate of fear.

Freedom of association is coming under threat in Botswana due to the overreach of the state security agency, the Directorate of Intelligence and Security Services (DISS). Civil society groups in Botswana are critical of DISS’ intrusive intelligence methods that undermine basic rights and create a climate of fear. Trade unions, political parties and media organisations all complained – particularly in the run-up to October 2014 elections – about intrusion into their affairs.Freedom of association received a boost in November 2014 following a High Court ruling ordering government to register The Lesbians, Gays and Bisexuals of Botswana (LEGABIBO), an NGO promoting the rights of sexual minorities. The court said government’s refusal to register LEGABIBO was unlawful because it ‘violated the applicants’ rights to freedom of expression, freedom of association and freedom of assembly’. Not backing down, the government has subsequently appealed this ruling to the Court of Appeal.

While freedom of assembly is largely respected in Botswana, groups with opposing views have noted government interference. For example, the government prevented some organisations from entering the Central Kalahari Game Reserve and broke up demonstrations aimed at raising awareness about the indigenous residents of that area.

While freedom of assembly is largely respected in Botswana, groups with opposing views have noted government interference. For example, the government prevented some organisations from entering the Central Kalahari Game Reserve and broke up demonstrations aimed at raising awareness about the indigenous residents of that area. Civil society groups have also exercised their right to assemble and communicate views about human rights abuses taking place internationally. Recent protests aimed at raising awareness on abuses in Zimbabwe and the Gaza Strip proceeded without hindrance, with the relevant ministers accepting petitions. However, strikes by civil servants are generally frowned upon by the government.

Despite constitutional protections, free speech is under threat in Botswana following a series of attacks on critical media. In January 2015 the website of prominent daily Mmegi was hacked and 12 years of archives deleted.

Despite constitutional protections, free speech is under threat in Botswana following a series of attacks on critical media. In January 2015 the website of prominent daily Mmegi was hacked and 12 years of archives deleted. The attack allegedly originated from the Directorate of Intelligence and Security Services (DISS). In May 2015, police raided the offices of the Botswana Gazette and arrested three staff members. The newspaper had published an article that accused the intelligence services of being involved in corrupt deals with a Zambian national. The president told a gathering in 2013 that government would be willing to sponsor defamation cases of cabinet ministers against the media. There is no access to information law in Botswana. Civil society organisations however have worked with opposition parties to draft a Freedom of Information Bill which remains pending due to lack of political will. In a move seemingly designed to increase pressure on private media, government authorities allegedly withdrew their advertising revenue to these outlets.