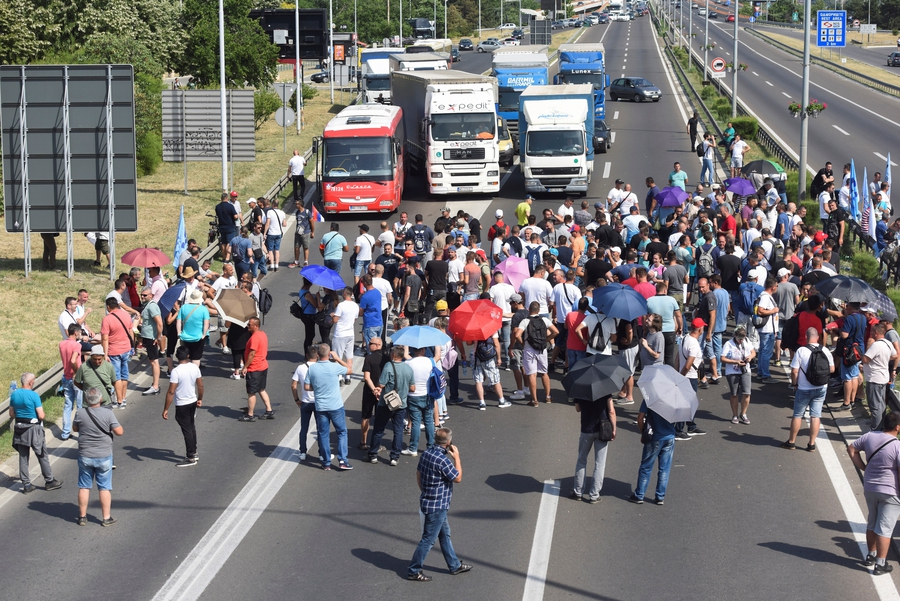 Since 7th July 2022, activists of the non-profit organisation "Women for Peace" from Leskovac, who have been providing support to women victims of violence in the city for 15 years, have faced threats and cyber attacks. President of the organisation, Ljiljana Nešić, announced that the threats began after they criticised the allocation of city budget funds to convicted abuser Miodrag Stanković for the opening of a new SOS office to combat domestic violence in this city. The organisation reported the threats to the police, with a disclaimer that they do not trust authorities, after failure to get any action in another case.

“All the attacks happened on the streets, in front of our office or on the way home. Threats happen in passing, when we were first threatened, but then everything went to a much higher level, when they started to mention our families. One of the threats against me was that they would know that I have a daughter as well as grandchildren. They are all different people, whom we do not know, and mostly they are younger people”, says Nešić (translated from Bosnian).

In connection with this case, the international organisation Front Line Defenders published the details of these attacks and expressed concern about the fact that activists suffer threats because of their work in the field of protecting women victims of violence.

We condemn the threats, cyber attacks and harassment against 2 WHRDs working on women's rights in #Serbia. The WHRDs organisation ''Women For Peace'' email was hacked and the women personally threatened in public:https://t.co/9D7FaqDYRw pic.twitter.com/eIdM9BjRQC

Death threats at the “Kreni-promeni” campaign

On 3rd July 2022, the "Kreni-promeni" campaign announced via Instagram that it has increasingly been receiving death threats directed both at the campaign itself and the director of this initiative. The announcement stated that the threats were inspired by negative and threatening statements made against them by top public officials, and some of these statements were compiled into a video that was included in the post.

On 12th July 2022, the entrance to the premises of the Women in Black organisation was attacked, a day after a series of activities that this organisation conducted on the occasion of the anniversary of the genocide in Srebrenica. As reported by the organisation, an unknown person first introduced himself as a postman, and then poured red paint over the front door and staircase. This was the third attack against the organisation since October 2021.

“We believe that behind this attack, which was carried out by an unknown perpetrator, are legitimising state institutions that allow and inflict violence on all those they see as political dissenters."

Misdemeanor fines for Fiat workers for setting up road blockades

Three workers of the Fiat company from Kragujevac received misdemeanor fines for staging a blockade on Kraljevo road on 20th July 2022, organised due to the uncertain fate of workers in the car factory after the company began the process of temporarily suspending production. As the representative of the "Nezavisnost" labour union told the media, during the protest he was not asked for his ID by members of the police and he received information from an officer at the police station that “the punishment was ordered by the station commander". He also stated that he was not sure whether he will be punished for the blockade that was organised earlier in the town of Korićani and another organised in Belgrade. The vice-president of the Independent Union of Fiat Plastics stated that he was not asked for his ID at the protest either and that he was not warned by the police that he was committing a misdemeanor, even though the misdemeanor warrant stated that such a warning was given.

Activist targeted prior to GUP protest

On 28th July 2022, stickers showing the image of Novi Sad activist Brajan Brković appeared in the parking lot behind the Police Administration building in Novi Sad, just before the announced protest in that city (see previous update). As reported by the media, stickers with the image of Brković, with Ustasha symbols, appeared at the location where the protest was supposed to start, which was organised in response to a protest against the adoption of the new General Urban Plan of Novi Sad, in which excessive force was used by private security against protesters. Brković has previously been exposed to threats and pressure. For example, in February 2022, he was the target of a campaign by pro-government tabloids.

The Crime and Corruption Research Network portal, and the editor-in-chief Stevan Dojčinović, are facing another Strategic Lawsuit Against Public Participation (SLAPP), this time from the former Secretary of State in the Ministry of the Interior (MUP), Dijana Hrkalović, who is being charged with influence peddling. In the lawsuit it is stated that KRIK injured the "honour and reputation" of Dijana Hrkalović and violated her "presumption of innocence". Hrkalović, is demanding compensation in the amount of 6,000 Euros. The lawsuit refers to several texts published on the portal in early 2022, which Hrkalović claims are untrue, adding that they brought her "in connection with criminal clans" and that KRIK did not contact her for comment regarding these texts.

Attacks on media and journalists