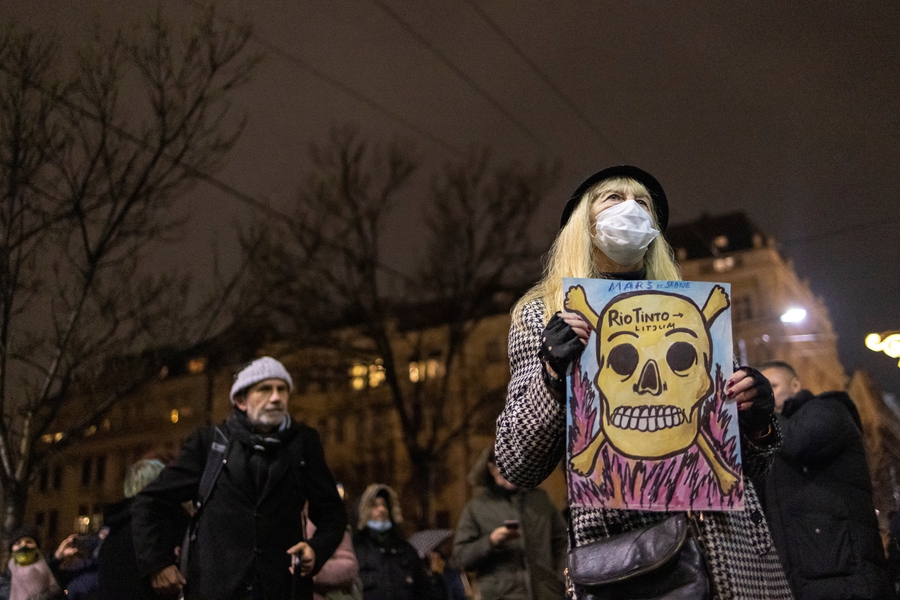 On the evening of 11th May 2022, Milos Vučković, a member and activist of the Let’s Not Drown Belgrade movement was physically assaulted. It is believed that the activist was attacked by the same person who attacked him on Election Day outside a polling station in the Belgrade municipality of Zvezdara (see previous update). The Network for Democratic Dialogue has called on the authorities to investigate.

On 7th June 2022, the premises of the Pride Info Center in Belgrade was attacked again when the neo-nazi group Belgrader Jugend put stickers on its office windows. As reported by Belgrade Prajd, this is the fourteenth attack on the Centre since its opening, with none of the previous attackers caught, except in one case when attackers were detained but did not face any penalties. On 14th June 2022, the Ministry of the Interior announced that a consultation process has been concluded with the prosecutor’s office and it found that there were “no elements of crime” in this case. The Citizen’s Protector (Ombudsman) has also initiated a formal process of evaluating the work of the police in this case. This attack come during the preparation for EuroPride 2022 which will take place in Belgrade from 12 to 19th September 2022.

On 21st July 2022, protests were held in Novi Sad against the General Urban Pal (GUP), which was adopted by the city assembly, despite public opposition from over 12,000 people via a petition. The plan provides a blueprint of how the city will develop in the future. Protesters were met with violence and detained. In one case, a man was pulled from the protest and knocked to the ground by private security before being detained. In response to the violence, a week later another protest entitled Revolt against the mafia was staged. The protesters demanded that the perpetrators of the violence be held accountable and are calling for a referendum on the GUP. N1 reports that some protesters spilled paint and broke a window at the offices of the SNS party. The mayor of Novi Sad called the protesters “thugs” and accused them of using ecology as an excuse to “create disorder”, while President Vucic said that the protests were organised by “an aggressive, civic-oriented group”. Civil society organisations called on the Ministry of the Interior (MUP) to protect citizens who were exposed to attacks from private security and to halt repressive measures and excessive force by MUP members.

Journalists barred from the trial of an environmental activist

On 17th May 2022, journalists and citizens were removed from the trial of Dragana Arsić, an environmental activist, in a proceeding initiated by the co-owner of Galens company Sanja Petrić. The public was removed after the plaintiff’s lawyer announced that someone photographed his client in court. The defendant’s lawyer stated that the judge had the discretion to limit the presence of the public, despite the free space available at the courtroom, after which it was suggested that the trial be moved to a larger hall. Due to their environmental activism, activist Dragana Arsić, the Lets Defend the Forests of Fruska Gora movement, and the civic association Fruškać have faced SLAPP lawsuits from the co-owners of Galens, demanding compensation of 800 000 dinars (6,931USD) from them for “inflicted mental pain”.

Several accusations were made by Serbian Prime Minister Ana Brnabić against Nova.rs after an interview the portal published with the government minister on 1st June 2022. Brnabićcriticised the portal after an interview with” the Minister of Mining and Energy Mihajlović, while also stating that Nova.rs was “in direct ownership of Dragan Đilas” and that this portal “speaks on the worst terms about President Aleksandar Vučić and his family”. Brnabić also mentioned that that the incident would be discussed by party bodies.

Office of weekly in Šabac attacked

On 12th June 2022, the offices of the Glas Podrinja weekly in Šabac were damaged. The weekly announced that the office windows had been broken by a concrete block and the incident was reported to the police. A similar attack happened two years ago when a window of their official vehicle was also broken, but the attackers have never been found and prosecuted. The Independent Journalists’ Association of Serbia called on the police to investigate.

On 13th June 2022, host Zoran Kesić, known for his satirical critique of the government in Palić, Subotica, had his show canceled. Kesić informed all ticket buyers about the cancellation via his Facebook profile, indicating that this was an example of a “classical suffocation of freedom of speech”. In his post, he expressed suspicion that the cancellation came from the Subotica City government. Kesić also stated that he was given the explanation that the cancellation was due to “stage renovation”, which was going to be finished at midnight on the day of his show. The day after his show, however, was already reserved for other programmes and there were no openings until the end of June 2022.