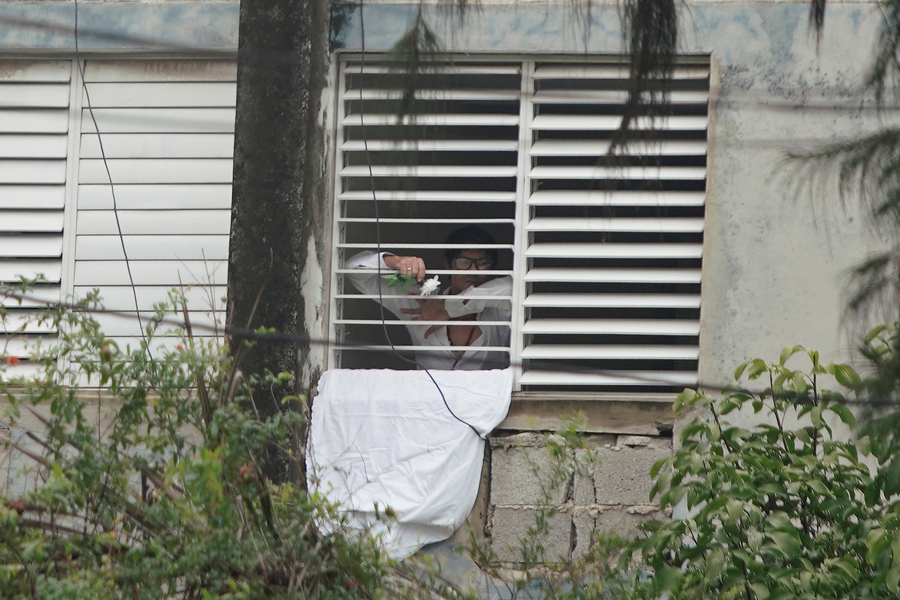 On 14th November 2021, Cuban security forces surrounded the home of playwright Yunior García, who had called for nationwide pro-democracy protests, to prevent him from demonstrating. As previously reported on the CIVICUS Monitor, a peaceful march scheduled for 15th November 2021 was declared illegal by Cuban authorities and organisers in several cities faced harassment and intimidation. In response, García had announced his intention to march alone on 14th November 2021 in a non-violent one-person protest, but police kept him from leaving his home and threatened to jail him. Massive Cuban flags were unfurled over the building to cover his windows.

Human rights groups such as Amnesty International urged Cuban authorities to ensure protesters were permitted to peacefully exercise their freedom of expression and assembly, as required under international human rights law and standards. However, on 15th November 2021, Cuban police were deployed in large numbers on the streets of Havana. According to France24, armed police in uniform gathered on nearly every corner along the city's seaside esplanade, while others in civilian dress patrolled the city's squares and parks. On the scheduled date and the days preceding it, several prominent dissidents and journalists were detained or put under house arrest in order to prevent them from marching.

Under these circumstances, mass protests did not take place. A few activists filmed themselves taking to the streets dressed in white as an act of protest. At least 40 people were arrested, according to journalist Cynthia de la Cantera.

Protesters who participated in demonstrations on 11th July 2021, meanwhile, continued to face arrests and prosecution. On 7th December 2021, the Isla de Pinos Prosecutor’s Office requested prison sentences for four members of the Partido Autónomo Pinero (PAP) who demonstrated in July. Three of the protesters, Ramón Salazar Infante, Martha Pérez Acosta and Francisco Alfaro Diéguez, were detained and charged with “public disorder.” They were released on bail, but the prosecutors requested three years of imprisonment for each. Another PAP member, Juan Luis Sánchez, was charged with “assault” and remained in pre-trial detention. Prosecutors requested an 8-year prison sentence in his case. According to official documents, Sánchez attempted to stop a police officer from detaining protesters and physically assaulted him. Eleven members of PAP were detained for protesting on 11th July 2021.

On 14th November 2021, the Cuban government withdrew press credentials from five journalists from the Spanish news agency EFE. Cuban authorities summoned two editors, two photographers and a camera operator to inform them of the decision to withdraw their press credentials. Two of the five communicators had their credentials reinstated later. Gabriela Canas, the news agency's president, said that getting back only two work permits was insufficient and demanded all credentials be restored.

In a related note, the Instituto Cubano por la Libertad de Expresión y Prensa (Cuban Institute for Freedom of Expression and the Press - ICLEP), documented 182 incidents of rights violations against 69 journalists in the context of the call for protests on 15th November 2021. 84 percent of these cases were arbitrary detentions, including through informal house arrest and police besiegement of journalists’ homes. State Security also issued summons to threaten some journalists on the days leading up to the planned protests.

In a separate incident, on 7th December 2021, masked attackers assaulted journalist and director of media outlet El Majadero de Artemisa, Mabel Páez. The two attackers reportedly invaded the journalist’s home and beat her. Páez sustained injuries to the face, hands and ribs. The assailants did not take anything from her home but told her before they left that this was “the first warning.” According to ICLEP, days earlier the police had also searched the journalist’s home, allegedly looking for ICLEP director Alberto Corzo. At the time, the police officers temporarily detained Páez. El Majadero de Artemisa is a community media outlet and member of ICLEP.

On 9th December 2021, activist Saylí Navarro, daughter of political prisoner Félix Navarro Rodríguez, said her father had not had access to medical attention for a lung condition. She also said there have been procedural violations in the period that the political prisoner has been detained.

According to data recorded by the Observatorio Cubano de Derechos Humanos (Cuban Human Rights Observatory), November 2021 was the second-worst month of the year in terms of repression in Cuba. During the month, the organisation registered at least 1,130 repressive actions against activists, dissidents, independent journalists and artists. Cuban authorities arbitrarily detained 197 people, with at least 14 reports of violent arrests. There were also reports of 485 homes besieged, 182 police summons, 115 cases of threats, 99 of harassment and 25 repudiation acts used to intimidate critics.