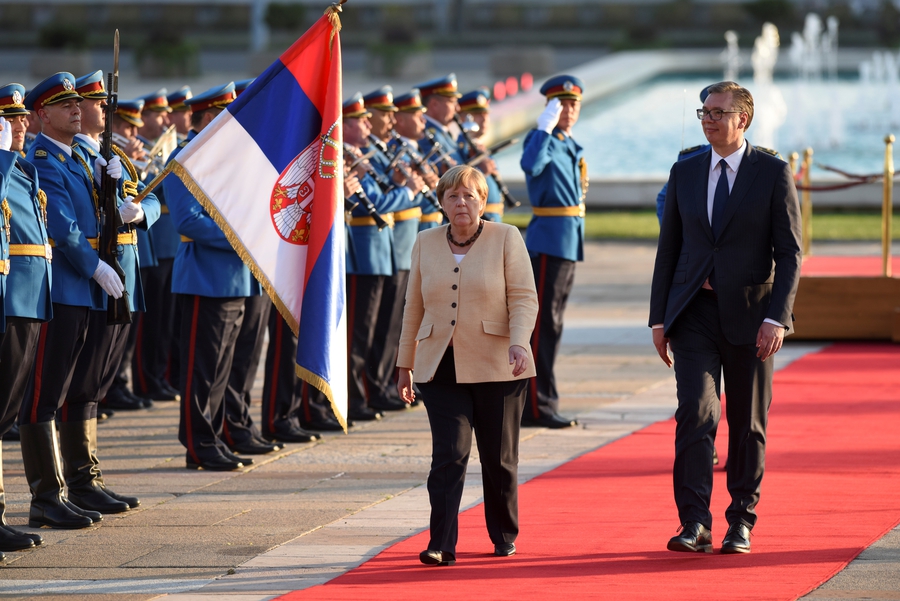 On 11th September 2021, a car belonging to the Bird Protection and Research Society of Serbia was damaged. The next morning, after the association decided to fill a criminal complaint, the police investigated and collected evidence and statements. They stated that there were no burglaries or damages to other vehicles in the Novi Sad neighbourhood, indicating that the Society was intentionally targeted. It has been assumed that the attack could be linked to the Society’s long-term activities in preventing bird poaching.

Two weeks later, the Bird Protection and Research Society of Serbia filed a criminal complaint with the Basic Public Prosecutor in Novi Sad following death threats being sent to the Society on the hunters’ portal srbijalov.com. The Society has been facing threats coming from hunters for years due to their field engagement related to illegal hunting.

Separately, during October 2021 misogynistic graffiti and written inscriptions such as "Ratko Mladić" or "Only Unity Saves the Serbs" (“Samo sloga Srbina spasava”) appeared on the wall of the premises of the Women in Black association in Belgrade.Women in Black said that this was just another incident in a series of attacks against the organisation and that they had faced verbal and physical attacks in the past, as well as attacks on their premises.

The Ministry of Internal Affairs has withdrawn the Draft Law on Internal Affairs from the official process after civil society criticised the draft law, stating it limits basic rights and freedoms of citizens. The draft law made provision for the police to "use numerous data processing systems, above all video surveillance systems for automatic detection of faces and registration plates". Despite the Ministry’s claims that the draft law would increase security to suppress criminal offences, civil society organisations and media associations stated that the law would have resulted in limiting freedom of speech and would violate the right to privacy. Additionally, the draft law is in conflict with standards in this field that rely on the Law on Personal Data Protection and the General Data Protection Regulation (GDPR).

Following the Ministry’s announcement, Serbian Internal Minister Vulin publicly vilified Serbian civil society through an official announcement on the Ministry’s web page which stated that the withdrawal of the draft law was a result of pressure from “western intelligence services” and their “agency network established in media, non-governmental organisations and political parties” who prepared massive and violent protests on the streets. Allegations made in the Ministry of Internal Affairs’ announcement as well as the rhetoric used in this official address, represent a continuation of a narrative aimed at defaming civil society activists as “foreign mercenaries”.

Local activists from the environmental rights group “Let’s Defend the Baba Mountain, Plana and Lesje” who have staged protests in Paracin, have faced pressure from police.

During October 2021, the activists protested and set up blockades due to problems emerging from a local quarry, including scarcity of water sources, damage to their houses and destruction of local roads from overloaded trucks transporting limestone. On 7th October 2021, police threatened locals who were protesting. Additionally, during a protest on 23rd October 2021 police asked activists and locals to identify themselves. In another incident, the police detained a local resident using unnecessary force.

On 28th October 2021, activist Zlatko Kokanovic from the association Ne damo Jadar” was briefly detained on the occasion of the visit of MEP Viola von Cramon to the village of Gornje Nedeljice, after an unknown group attempted to prevent the MEP’s visit. Kokanovic was released shortly after being questioned. The association and the MEP were approached by a group of citizens who entered a verbal conflict with von Cramon, shouting “Kosovo is the heart of Serbia”, after which the police arrived. Von Cramon and opposition politicians and activists arrived in Gornje Nedeljice where signatures are being collected for the withdrawal of the spatial plan allowing the construction of a lithium mine by the Rio Tinto company.

Separately, Dobrica Veselinovic , a member of the Let’s Not Drown Belgrade movement, received a court ruling which ordered a forced payment of a 40,000 dinars (approx. 400 EUR) fine, because Veselinovic had not paid the fine in time, which was issued for not registering an assembly. Veselinovic organised an assembly in December 2018 in solidarity with the “Justice for David” Movement from Bosnia and Herzegovina. The activist stated that this case was only one of 30 cases that are in progress or have been resolved before the courts that aimed at putting pressure on the movement.

In a concerning development, the new Law on Protection from Noise in the Environment enables local authorities to prohibit gatherings and demonstrations on the basis of noise control. Article 20 of this law states that noise protection measures have to be declared upfront by filing a request with local authorities, while the request itself must be sent a minimum of 20 days before a protest is set to take place. Thus, assemblies cannot be held until local authorities adopt the decision on noise control measures, which curtails spontaneous protests. In addition, severe fines may be imposed in case of non-compliance (up to 1,000,000 dinars). This Law collides with the Law on Public Assembly, and therefore constitutes a serious threat to freedom of assembly in Serbia.

During the visit of German Chancellor Angela Merkel to Serbia in September 2021, journalists of independent media faced discriminatory treatment from President Aleksandar Vucic and other competent institutions as they were banned from entering a joint press conference with Merkel, while only journalists from Radio Television of Serbia and TANJUG were given the right to ask questions. Despite sending regular requests for accreditation, the Newsmax Adria journalist team was denied attendance at the conference, which was justified by the media advisor to the President by citing epidemiological reasons. The advisor also emphasised that the N1 channel was already present at the press conference and since both outlets are owned by the United Media Group it was “all the same”.

Hosts of the “Dobar, los, zao” political entertainment podcast, Marko Vidojkovic and Nenad Kulacin, have been threatened after an episode of the podcast criticised President Vucic. In the aftermath, several pro-government tabloids ran a smear campaign against both hosts. The threats have intensified after the President commented on the case during a show on TV Pink. Just a few days later, Kulacin’s mother was verbally attacked in the city of Bor, where she resides. Vidojkovic stated that he fears further possible attacks.

Related to this, a lawsuit was filed against the host authors by Aleksandar Sapic, the Vice President of the SNS party’s Main Board, for damaging his honour and reputation, demanding 1.1 million dinars (approx. 8,500 EUR) in damages, due to the authors’ comments in another episode of the podcast.

Other violations of FOE

Playwright and professor of the Faculty of Dramatic Arts Belgrade, Biljana Srbljanovic, is being sued for insultby Miroslav Aleksic, who is facing charges of rape and sexual harassment, after she first reported on his case. The lawsuit is seen by civic activists as “just” another Strategic Lawsuit Against Public Participation (SLAPP) whose intention is to intimidate critical voices.

The opposition People’s Party filed a criminal charge against the Security Information Agency after their member Konstantin Katic was detained at Belgrade Airport and, according to them, interrogated and tortured because of a Twitter post in which he expressed support for the host of the “Dobar, los, zao” podcast.

The management of the Clinical Center of Vojvodina (KCV) sent a letter to employees reminding them of the center’s business code, which, according to the letter, was violated on several occasions when the employees published information about developments at KCV's on social networks. The letter, seen as a restriction on their freedom of expression, states that employees should report on the work of KCV in a positive light, while critical views must be expressed through internal channels and mechanisms. This is not the first letter KCV employees have received: at the beginning of the COVID-19 epidemic they were informed of a ban on presenting information and commenting on the epidemiological situation in Vojvodina, under threat of being fired.

On 7th October 2021, the Basic Court in Novi Pazar fined Aladin Paucinac, a local activist, for insulting the acting director of the General Hospital in this city, Meho Mahmutovic. The Court said that Paucinac insulted Mahmutovic by chanting offensive slogans. Since last year, Paucinac has been vocally critical of hospital authorities which he deems responsible for the poor conditions of the city’s health infrastructure as well as the high number of deaths during the pandemic.

Dragan Vucicevic , the owner and editor-in-chief of the tabloid Informer, was ordered to pay a fine for insulting Zaklina Tatalovic, a journalist at N1 television. During April 2020 Vucicevic posted numerous public insults against Tatalovic on Twitter, mocking her physical appearance, uploading private photos of her and questioning her integrity.