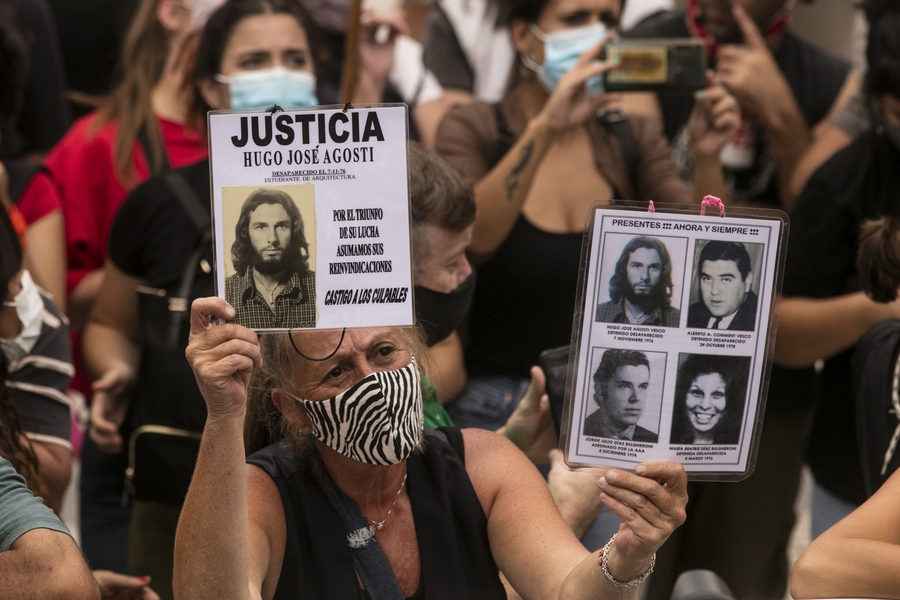 On 5th March 2021, protesters clashed with police officers in the city of Formosa as demonstrators took to the streets to oppose the adoption of strict COVID-19 isolation measures. According to news media, provincial police used rubber bullets, sticks and tear gas to repress demonstrators. Amnesty International reported that over 100 demonstrators were injured and 80 detained. A journalist and a local councillor were among those injured. The regional office of the United Nations in Argentina said in a public statement that they were concerned police had employed “indiscriminate violence that resulted in people being injured and detained.”

Formosa, one of the poorest provinces in Argentina, has maintained the lowest COVID-19 rates in the country through strict quarantine measures which human rights groups have called “abusive”. According to Human Rights Watch (HRW), over 24,000 people in Formosa have been held in mandatory isolation and quarantine centres since April 2020, many for more than the 14 days recommended by the World Health Organisation, under constant police surveillance, without information about their test results. At times, the centres have been overcrowded and unsanitary, lacking proper ventilation. Worryingly, people in the centres have reported not being provided with appropriate medical care.

“This arbitrary detention under the blanket of sanitary policy is not only illegal but a flagrant violation of human rights.”

Press organisations have also reported obstruction of journalistic work and harassment of reporters in Formosa in the context of the pandemic, which is detailed in the “Expression” section of this update.

The announcement of new restrictions related to the COVID-19 pandemic sparked protests in several cities of Argentina on 25th May 2021. Clashes between protesters and police were reported in Rosario and La Rioja.

Civil society organisations said that in La Rioja, police officers and members of the government’s emergency committee acted to prevent the demonstrators from entering a public square. According to a civil society statement, government authorities sought to remove a provincial legislator of opposition party Unión Cívica Radical (UCR) from office over an altercation he had with a police officer during the protest. In addition, members of the provincial legislature also accused the mayor of sedition and of attack against public health, after it became known that she had sent messages encouraging participation in the protest.

On 22nd May 2021, Indigenous women rallied in Buenos Aires to highlight environmental and gender violence against their communities. The rally, attended by about 100 campaigners, marked the end of a historic walk which started on 14th March 2021 in Chubut, in the south of Argentina, and ended over two months later in the country’s capital. Women representing 36 Indigenous nations joined the walk over a distance of about 1900km, organised by Movimiento de Mujeres Indígenas por el Buen Vivir (Indigenous Women's Movement for Good Living). The group has campaigned to demand an end to what they called “terricidio” – a term which comprises several forms of systemic killing, including ecocide, femicide and genocide.

As reported by Terra Viva, the provinces of Chubut and Río Negro have been the epicentre of forest fires which have displaced hundreds of people and affected approximately 30,000 hectares of Argentina’s Patagonia. Monoculture pine plantations by agribusinesses in the region have contributed to reducing biodiversity and creating the conditions which allow forest fires to spread quickly. Indigenous peoples have also denounced that people linked with extractive industries have set intentional fires in the region.

“We have come together to resist for the life of the territories that affect the whole world. What they burned here does not only affect me because I am in the frontline, holding back the fire that is entering the hill. If this native forest burns, it affects all of us, we want to make a call of conscience to the Argentinean people because the polluted water and air makes our children sick.”

On 25th March 2021, Argentina’s National Day for Memory, Truth and Justice, human rights groups held small rallies in Salta and other cities to mark 45 years since the military coup that instituted a dictatorship in the country. Since the end of the military regime in 1983, thousands of people have joined annual commemoration marches on the date. However, with coronavirus infections rising in the country, civil society sought alternatives to the traditional mass protests, organising creative interventions and inviting supporters to honour victims' memories by planting trees in public parks and in their gardens.

On 11th June 2021, a protest by labour groups for “living wages, employment and vaccines” was disrupted by police in Puente Pueyrredón, in the south of the city of Buenos Aires. According to news reports, clashes took place when officers prevented demonstrators from going onto a bridge, using pepper spray to disperse them, which led to some pushing and shoving.

Deterioration of freedom of expression in Formosa

According to the Committee to Protect Journalists (CPJ), reporters in Formosa have denounced facing harassment throughout the pandemic. In the early months of 2021, the province continued to impose coronavirus-related restrictions while activities had been re-established in the rest of the country. Civil society organisations reported abuses in the implementation of these restrictions, including limitations on entering and exiting the province, compulsory detention in quarantine centres and repression of protests.

According to Fundación LED, from January 2021 journalists were banned from entering the province and denied freedom of movement for the exercise of their journalistic work in all provincial localities. In February 2021, the province’s Public Prosecutor said journalists able to present a negative COVID-19 test would be allowed entry. Provincial authorities also banned press conferences and began to allow questions only over e-mail.

On 1st March 2021, a news team with cable broadcaster Todo Noticias (TN) faced intimidation from provincial deputy Roberto Vizcaíno. In an audio message, Vizcaíno asked for “concrete action” to be taken against the arrival of the news team, who he reportedly named as “enemies”. Days before, a group of councillors from the town of Palo Santo issued a resolution in which they described the TN team as “personae non-gratae”. The resolution was published after the outlet aired a report from an isolation centre in Clorinda, which councillors argued was part of concerted attacks by the national media aimed at “discrediting the image of the provincial government”.

On 2nd March 2021, reporter Jorge Sánchez and cameraperson Ariel Mármori with Lapacho Canal 11 were harassed in Las Lomitas. The crew were visiting the home of a leader of the Wichí community in Lote 47 when a group of 20 people surrounded the van in which they were travelling. They reportedly had to leave the area escorted by police officers while the group threatened and insulted them.

On 5th March 2021, as detailed in the “Peaceful Assembly” section of this update, police repressed a demonstration against mobility restrictions in the city of Formosa. During the protest, journalist Maxi Galarza with Radio Fantasía was shot with rubber bullets and journalist Julieta González with Radio Parque was arrested while taking photos of the police officers beating young protesters.

In addition, at least two journalists reported being dismissed from their jobs over their criticism of the provincial government. Journalist Joaquín Sánchez Mariño said he was dismissed from his role as presenter on TV Pública’s programme Alta Voz after criticising a local authority. Journalist Gabriela Daneri was dismissed from official news agency Agenfor over social media comments, but was later reinstated with a warning.

On 23rd March 2021, members of trade union Central de Trabajadores de la Argentina (Argentine Workers’ Central Union - CTA-Autónoma) attacked the offices of daily Diario Río Negro, in General Roca. The attack took place after a local judge filed sexual harassment and assault charges against Miguel Báez, leader of a branch of CTA Autónoma. As reported by press organisation Adepa, the group forced their way into the main building of the newspaper and vandalised the office, painting on the walls and furniture. Around 80 people participated in the attack.

Members of the group made death threats against journalist Luis Leiva, who covered the case against Báez since it began with a worker’s complaint in April 2020. They sprayed messages on the walls such as “Death to Leiva” and “Tell the truth Leiva”. Attackers also insulted and threw alcohol on a receptionist and assaulted photographer Juan Thomes while he was recording the attack.

On 19th April 2021, a federal court charged Daniel Santoro, an investigative journalist at national daily Clarín, with attempted extortion. As previously reported by the CIVICUS Monitor, the accusation against Santoro alleges he was involved in a scheme seeking to extort business people by threatening negative news coverage. According to the Committee to Protect Journalists (CPJ), a judge found that Santoro acted as a “necessary participant” in another person’s alleged attempt to extort businessman Gabriel Traficante in 2016. Santoro had sent Traficante a WhatsApp message requesting comment for an article. The reporter told CPJ: “The judge uses a virtuous journalistic practice — to ask those mentioned in a reporting piece for comment — to accuse me.” Other charges against Santoro over the same incident, filed by a different court, were dropped in December 2020.