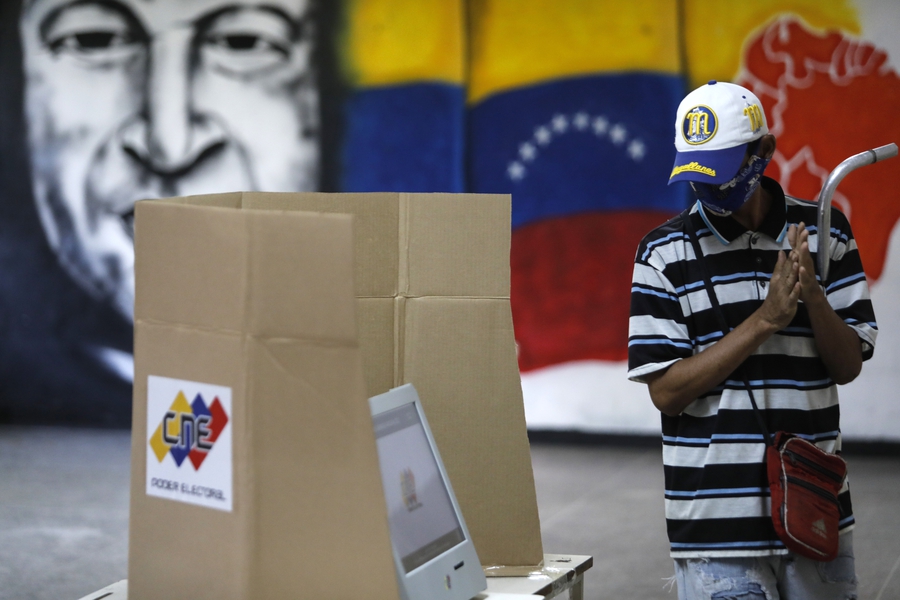 On 7th December 2020, Nicolas Maduro’s United Socialist Party of Venezuela (PSUV) and allied parties won 67 percent of the seats in the National Assembly, in legislative elections boycotted by most of the opposition. According to Venezuela’s electoral council, there was a low turnout with just 31% of eligible voters participating.

The National Assembly was the last official body controlled by the country’s opposition, whose main leaders decried these recent elections as neither free nor fair. As previously reported on the Monitor, the credibility of the elections was also put into question by international organisations.

In a separate development, on 9th December 2020 PSUV vice-president Diosdado Cabello accused the political opposition of using non-governmental organisations (NGOs) to receive and hide foreign funds. On his TV programme, the politician named a number of human rights organisations as well as legislators from the opposition. As previously reported on the Monitor, Cabello has said the government intends to establish further control over civil society funding and to sanction those that receive international resources.

Civil society organisation Observatorio Venezolano de Conflictividad Social (Venezuelan Observatory of Social Conflict - OVCS) reported that in October 2020, police forces repressed 36 protests in 17 states. At least 15 people were detained and one person injured. According to OVCS data, October was the month with the highest number of protests during the year, with 1,484 demonstrations. Most of these demanded basic goods and services such as drinking water, domestic gas and electricity.

On 26th November 2020, human rights organisation Justicia, Encuentro y Perdón (Justice, Encounter and Forgiveness - JEP) published a report on repression and persecution in Venezuela. According to their research, 187 people were victims of extrajudicial executions during protests between 2014 and November 2020. Another 129 people were killed in the context of demonstrations repressed by state security forces and armed civilian groups.

#VENEZUELA: Venezuelan authorities must stop harassing and threatening the Correo del Caroní newspaper, its owner, and its employees, and allow them to work freely. @CorreodelCaroni https://t.co/qazwvOAign

On 20th October 2020, agents from the Bolivarian Intelligence Service raided the headquarters of independent newspaper Correo del Caroní in Puerto Ordaz, confiscated an editorial computer and documents and barred the paper’s lawyer from the scene, reported the Committee to Protect Journalists (CPJ). Journalist María Ramírez Cabello and administrative employee Susana Reyes were detained and interrogated, and then released without charge. The newspaper’s editor told CPJ that documents were returned, but not the outlet’s computer. Days before, intelligence agents had raided the home of Correo del Caroní founder and director David Natera Febres.

In a separate development, politician Romel Despas filed a criminal lawsuit against journalists Kisme Evaristo and Ana Muñoz, accusing them of defamation and slander. The journalists anchor radio programmes on two different stations, Autana 90.9 FM and Raudal Stéreo 92.9 FM, and they had each reported on Despas’ dismissal as Secretary-General of political party Primero Venezuela at the end of October 2020. As reported by Espacio Publico, Evaristo said he only commented on information provided by the party that Despas was dismissed for his involvement in irregularities.

On 18th November 2020, reporter Roberto Lobo of digital media Punto de Corte said he was forced to erase photographs of Indigenous Yukpa protesters in Puente Llaguno. According to Lobo, an unidentified man approached him as he covered the demonstration, pulled him aside by the shoulder and told him to delete the photos and leave the area or he would “have to take” the journalist’s phone.

A similar case took place on 20th November 2020, when three journalists reported facing intimidation when covering a protest by health workers in Acarigua, Portuguesa. Journalists María Gabriela Briceño, with Circuito Regional de Noticias, Mariangel Moro Colmenárez and Jesús Fonseca, with Venezolanos por la Información (VPITV), said they were covering a protest outside a hospital when a security agent told them to leave and began recording them with her phone. According to Espacio Publico, recording or photographing media workers is intended to intimidate them, showing that they are being watched by the State. It also seeks to stop them from attending these protests for fear of reprisals, such as arrests.

On 2nd December 2020, armed assailants attempted to kidnap Jamel Louka, a reporter and photographer with Diario La Antena and contributor to independent media El Pitazo, shooting him in his left arm as he was fleeing. Louka told CPJ that two unidentified people came looking for him at his apartment the day before this attack but, upon learning he was not at home, warned his wife and son that the journalist “should stop sticking his nose into places it doesn’t belong”. He also reported receiving several threatening voice messages on his mobile phone the night before the attack. The journalist said he is often criticised by local government officials in Altagracia de Orituco, Guárico, for his reporting on food, water, medicine and electricity shortages.