Onslaught of attacks against CSOs and journalists continues 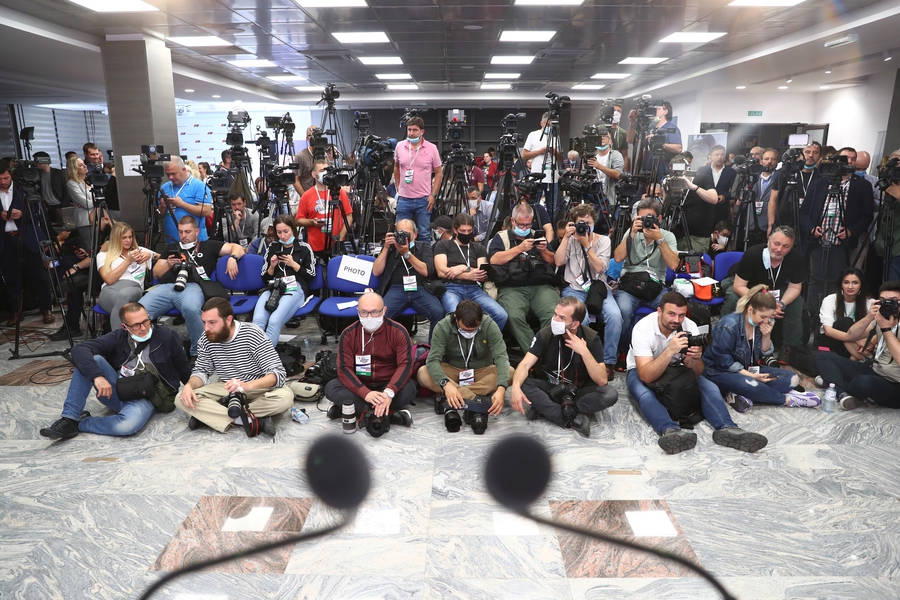 Smearing of journalists and CSOs continues

The phantom portal “Prismotra” is a platform to discredit associations and individuals, accusing them of financial embezzlement, working in the interest of foreign services and states, and acting against the state of Serbia. In examining the Independent Association of Journalists of Vojvodina (NDNV) donations, Prismotra accused NDNV of gathering separatist journalists and accused the Humanitarian Law Center, more precisely activist Natasa Kandic, of separatism. The list of donations includes those from the United States and the Rockefeller Foundation, with special attention paid to donations from Croatia to the amount of 9,073 EUR. This phantom portal also commented on the finances of the Humanitarian Law Center, insulting activist Natasa Kandic as "agent provocateur". The text, which presents a full list of alleged donations, points out that only ten employees work in this association, which disposes of several million euros. The portal indicates that it will publicly reveal all the members of this association and their responsibilities.

The portal continued with negative media reporting towards civil society organisations (CSOs), media, journalists, politicians and activists. One of the texts featured on the portal deals with the topic "Who are the foreign spies in Serbia?", listing Nikola Burazer, director of the Center for Contemporary Politics, Emina Muminović, editor of the portal "European Western Balkans", Aleksandar Ivković, project assistant at the Center for Contemporary Politics and Nikola Cuckić, a project assistant for Center for Contemporary Politics. The same portal also published a text accusing the Director of "CEKOR", Natasa Đereg, of being a high-ranking member of the sect called "Art of living" and of recruiting people for the sect. The text accuses her of taking money from the people of Subotica for fake medical services. The organisation "Libertarian Club - LIBEK" was also the target of an attack. The club is accused of recruiting young people through lectures and seminars, but also by providing scholarships with the help of professors at certain faculties. Among other things, they are accused of spreading anti-Serbian propaganda and receiving suspicious financing from foreign sources.

Journalists continue to be targeted by the Prismotra portal. The portal published an article about Brankica Stankovic, an investigative journalist. Unknown authors accuse Stankovic, who they claim is a favourite among "chauvinists", of using information for racketeering, that is, she publicly kept silent about information she had on politicians in exchange for money. It is suggested that, while she is a journalist for "Luxembourg television N1", she is also a mobster.

The trend of physical and verbal attacks and threats against journalists in Serbia has continued.

“Professional and independent journalists are increasingly exposed to pressure, threats and physical attacks, which is best illustrated by the fact that since the beginning of the year we have recorded 147 incidents against journalists in our database of attacks on journalists, of which 27 were attacks, 39 verbal threats. nine threats and attacks on property and 72 pressures.” (translated from Bosnian).

"The goal of these cruel and vulgar threats is aimed at preventing further performances in Serbia. They want to silence the critical part of society that talks about the most traumatic processes and events in the recent history of the region, primarily about the historical and political responsibility of Serb intellectual elites for war and crimes against the Bosniak population, including genocide, in Bosnia and Herzegovina, "the statement said. (translated from Bosnian)

The Independent Association of Journalists of Serbia also issued a statement, emphasising that this incident is a reflection of the atmosphere of violence and intolerance, for which the government is responsible.

The attacks against the actors also continued through the phantom portal "Prismotra.net" .