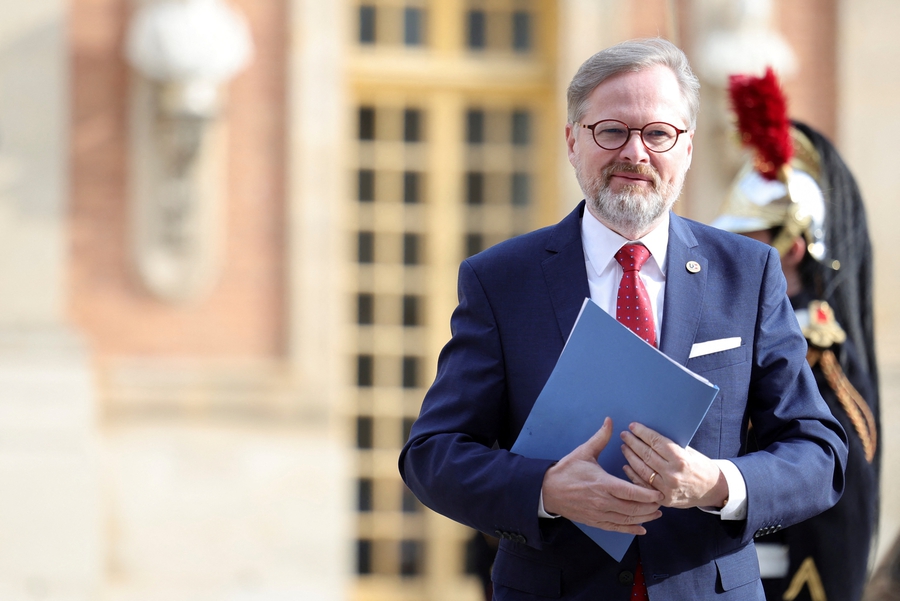 On 28th November 2021, Czech President Miloš Zeman appointed centre-right politician Petr Fiala as prime minister and tasked him to form the next government after the governing ANO party lost the elections. On 17th December 2021, the new five party coalition government, formed by the conservative Civic Democrats (ECR), the Christian-democratic KDU-ČSL (EPP), the liberal-conservative TOP 09 (EPP), the liberal-centre Mayors and Independents (EPP) and the liberal-progressive Czech Pirates (Greens/EFA), replaced the outgoing cabinet of Andrej Babiš. The new cabinet includes Jan Lipavský (Pirates, Greens/EFA affiliated) as foreign minister, who wants to change the course of the country’s foreign policy and prioritise human rights over economic interests. However, President Zeman, who is pro-China, is opposed to Lipavsky’s taking on the post.

On 19th January 2022, the Czech government dismissed the previous government’s plan released in December 2021 to introduce mandatory vaccination for people over 60, medical personnel, police officers, firefighters and medical students. To date, 62.9% of Czechs are fully vaccinated. According to Prime Minister Fiala, however, about 90% of those who would have been covered by the mandate are already vaccinated. Fiala stated that while the government considers vaccination the best way to fight the pandemic, they do not want to “deepen fissures in society”. The announcement came as a new wave of the pandemic hit the country. As the number of reported cases hit new records on a daily basis, in order to ensure the basic operation of society can continue, asymptomatic essential healthcare and social service personnel will no longer be confined to quarantine, and generally, quarantine and isolation times have been shortened.

Like other countries in Europe, the Czech Republic saw several anti-vaccination and anti-COVID-19 restriction protests during the last few months of 2021 and in January 2022. On 12th December 2021, for example, several thousand people protested the outgoing government’s plan for a COVID-19 vaccination mandate for people over 60 and for certain professions in Prague. Participants did not wear masks or keep to social distancing rules. One person was detained. Similar protests were held in several cities on 8th and 9th January 2022.

In January 2022, it was reported that the City of Ústí nad Labem fined local activist Miroslav Brož CZK 1,000 (EUR 40) for flying a combined Romani and Czech flag from his own balcony to celebrate International Romani Day marked on 8th April 2021. The act was found to be “violating a state symbol”, a misdemeanor offence in the Czech Republic. The order explained: "This administrative body, after studying the file materials and assessing all pieces of evidence, both on their own terms and as they relate to each other, has come to the conclusion that Mr. Brož has broken Section 13 paragraph 1 letter a) of the law on the Czech Republic's state symbols and their use." The activist believes that his case reveals that there is a double standard and systemic anti-gypsyism in the Czech Republic – while he (and others before him) are charged with a misdemeanor for flying the Czech flag with a Romani symbol added to it, authorities never interfere with, for example, sports fans modifying the Czech flag by adding their teams’ names on it. The activist plans to appeal the decision.

In mid-December 2021, the Czech Senate, the upper chamber of the Czech parliament, rejected an amendment that would have made it possible for gay couples to enter the Czech Republic without losing their guardianship over their adopted children. In the Czech Republic, only married couples can adopt children. While same-sex couples can enter registered partnerships since 2006 with a limitation on some rights (for example, inheritance and hospital visitation rights), same-sex marriages are not legally recognised.

In a positive development, on 10th December 2021, an LGBTQIA+ community centre has opened in the centre of Prague. The community centre will host various community events including discussions, screenings, support groups, and also offers a so called “club house” which provides a space for relaxation and smaller meetings.

As of January 2022, victims of forced sterilisation in the Czech Republic, predominantly Romani women, can apply for compensation in the form of a one-time payment of CZK 300,000 (12,000 EUR). Activist Elena Gorolová, a survivor of unlawful sterilisation, welcomed the compensation law as one of the biggest human rights victories since 1989.

In former Czechoslovakia, thousands of women were coerced into signing consent forms for sterilisation, often while they were in labour or recovering from Caesarean sections. In many cases, they were not told what they were agreeing to or were threatened that their older children would be put into state institutions of they refused to undergo the procedure.