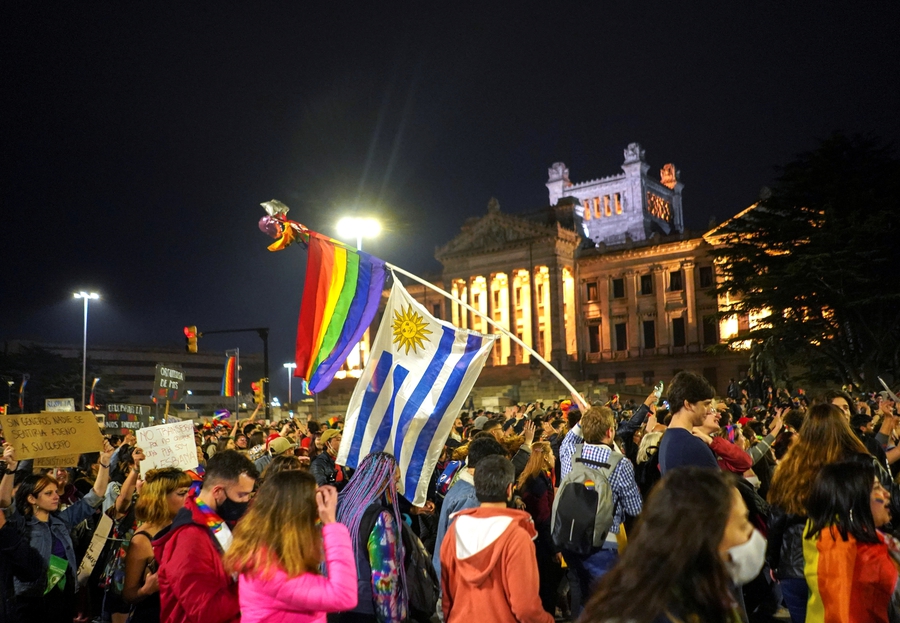 In June 2021, the government proposed changes to the Access to Public Information Law (No. 18.381) using Article 29 of the “Accountability and Budget Execution Balance for the financial year 2020” bill. The legislation would modify the information that public agencies must make permanently available on their websites and other media, also imposing limitations to the right of access to public information.

On 8th July 2021, the Red de Gobierno Abierto (Open Government Network - RGA), a group of 16 civil society organisations working on transparency and accountability, issued a statement saying that the change was “detrimental and unnecessary” and invited authorities to promote a dialogue on the modifications. The RGA stressed their concern about the introduction of these amendments “behind the back of civil society and the existing spaces for participation, where historically the right of access to information has been worked on collaboratively.”

Gabriel Delpiazzo, president of the official Access to Information Unit (UAIP), also described the proposed regulatory change as “regressive and unnecessary”. In a note, UAIP’s Executive Council said they were not notified or consulted about the proposal before it was published. They affirmed:

“We will take the measures available to us to ensure that our opinion as a specialised body in the matter is heard, to participate in the discussion of the proposed modification and, in short, to influence positively so that the amendment is not approved.”

As reported by news outlet La Diaria, representatives of the United Nations in the region also commented on the proposal, calling it “regressive” because it would create new requirements for admission of access to information requests. They said that this could negatively impact members of vulnerable groups, such as people with disabilities, who already face additional structural challenges to exercise their right of access to information.

In a positive development, following criticism from civil society and other experts, on 8th September 2021, the Secretary of the Presidency committed to changing the proposed legislation. Speaking on behalf of the government, Álvaro Delgado said that it was not the government’s intention to “generate opacity” and considered it necessary to rewrite the controversial article.

In another development related to the “Accountability and Budget Execution Balance for the financial year 2020” bill, Articles 147 to 150 introduce changes which could harm the community radio station sector. According to civil society platform Coalición por una Comunicación Democrática (Coalition for a Democratic Communication), the legislation establishes that community radio stations constituted informally, without legal personality, must become civil associations in order to receive frequency licences for more than two years. This, the Coalition said, is often difficult for small groups operating in rural areas.

In addition, the Coalition said the changes would imply the elimination, from one day to the next, of many stations whose authorisation to participate in the community radio broadcasting service was not renewed due to state omission and not through their own responsibility. The civil society group argued that these articles make substantial changes to the Community Radio Broadcasting Law (18.232) without “the necessary democratic debate or the participation of actors involved in the areas established in the law.”

Similarly, the Uruguayan chapter of the World Association of Community Radios (AMARC) said the legislative project would represent a serious violation of freedom of expression and people’s rights to communication. They said the changes would affect many community stations that have operated for several years, sometimes decades, forcing them to close their operations. By AMARC’s analysis, about 40% of community radio stations would be forced to shut down with these changes.

Between May and September 2021, at least eight complaints against journalists were filed or publicly announced. In most cases, these were criminal lawsuits for defamation and libel over journalistic publications. There were also two cases of public authorities threatening journalists with legal action if they did not retract publications.

Three of the cases were filed by private parties but most of the complaints and threats were made by high-ranking officials, public authorities or political leaders. In one example, legislator César Vega filed a complaint for defamation and libel against journalist Leandro Grille, with Legítima Defensa, after the reporter criticised Vega’s conduct during a press conference in July. At the time, the lawmaker shared conspiracy theories related to the COVID-19 vaccine while calling for the suspension of Uruguay’s vaccination campaign. The lawsuit against Grille was dismissed in September 2021.

Civil society organisation Centro de Archivos y Acceso a la Información Pública (CAinfo) expressed concern about this trend, saying judicial harassment threatens freedom of expression and the free flow of information. In CAinfo’s last monitoring report, published in May 2021, only three cases had been registered in an entire year.

The Inter-American Commission on Human Rights (IACHR), through the Office of the Special Rapporteur for Freedom of Expression, has established that “the practice of journalism can only be carried out freely when the persons who engage in it are not victims of threats or physical, psychological or moral aggression or other acts of harassment,” and that “the aggressions committed against journalists have the objective of silencing them, for which reason they also constitute violations of a society’s right to free access to information.”

National Strike and referendum on LUC

As previously reported by the CIVICUS Monitor, PIT-CNT and several other organisations launched a national campaign to collect signatures needed to convene a referendum to repeal 135 articles of the LUC. More than 700,000 signatures were collected by July 2021, exceeding by a large margin the 672,000 required. The signatures must be validated by the Electoral Court within five months and, if confirmed, the referendum should be convened within 120 days.

On 24th September 2021, thousands of people joined the March for Diversity in Montevideo, Uruguay’s annual demonstration for LGBTQI+ rights. Despite rain, people marched and celebrated with music, holding banners and flags. The 2021 demonstration had the slogan “The State is absent, our struggle keeps on”. At the end of the march, organisers read a manifesto of the mobilisation which included demands related to health rights, the rights of Trans persons and for the recognition of non-binary individuals by the State. In particular, the march’s organisers highlighted the discrimination faced by people living with HIV/AIDS and the lack of programmes ensuring access to work and health.

Lea Mazal, one of the coordinators of the demonstration, told DW that they demand compliance from the government with existing laws, such as the Integral Law for Trans Persons and legislation establishing quotas for public jobs. Mazal said these laws have not been fully implemented. In addition, the activist said:

“This is a political march. We march with joy, to be able to love and be whoever we want, but also to claim all our rights.”