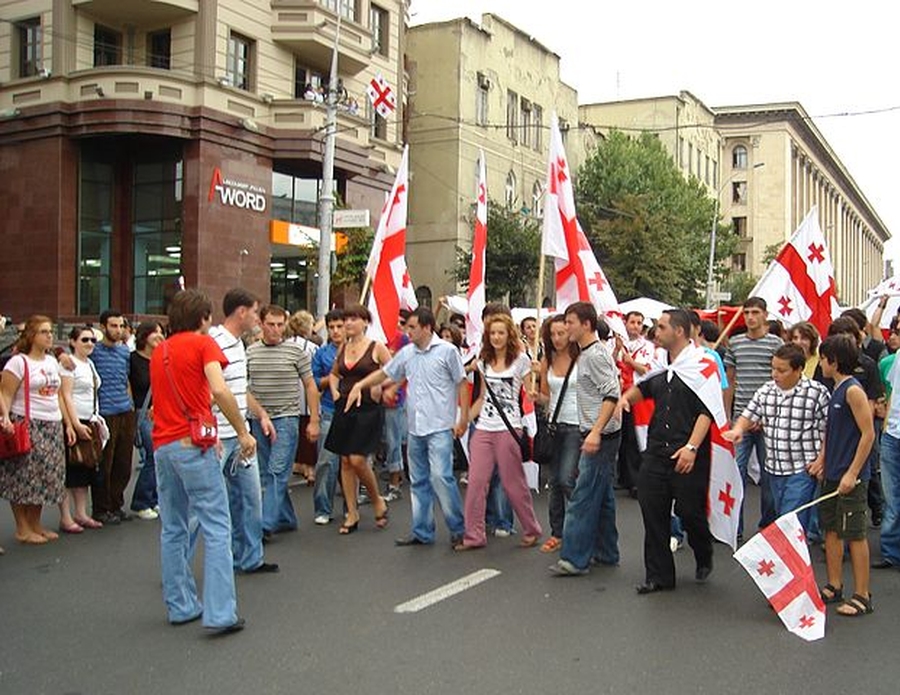 Scuffles broke out in Georgia's parliament as journalists and opposition politicians tried to enter the lower house in protest over the death of a cameraman who was beaten up during violence against LGBT activists last week https://t.co/m5wwoPBeCY pic.twitter.com/gsVNcEERJc

On 5th July 2021, the Tbilisi Pride headquarters was attacked by extremist groups and priests who protested against the organising of a march of the LGBTIQ+ community. At that time, the press reported that at least one person who was perceived to be a member of the community was stabbed in the street, and more than 50 others were injured. Earlier, members of the LGBTIQ+ community in Georgia had announced that they had cancelled the march due to safety risks.

During protests, the journalists documenting the event were also attacked, with the press reporting that more than 15 journalists were beaten and brutalised. Several television stations withdrew their journalists due to risk. Police officers who were at the scene did not intervene or sanction the aggressors.

One of the journalists beaten during the demonstrations, TV Pirveli cameraman Aleksandre (Lekso) Lashkarava, was found dead a few days later in unclear circumstances. At a news conference, Mamuka Chelidze, the director of the Central Criminal Police Department at the Interior Ministry, said the possible cause of death was a narcotic overdose.

The authorities’ statement on Lashkarava’s death sparked several protests as demonstrators expressed anger at the police's inaction and failure to stop the violence. On 12th July 2021, thousands of Georgians gathered and protested outside the Parliamentto demand the resignation and prosecution of Prime Minister Irakli Garibashvili and the government in the aftermath of Lashkarava’s death, arguing that the rights of the LGBTIQ+ community are human rights and the authorities must guarantee their respect and safety for all citizens. During the protests, journalists also addressed religious leaders who encouraged or perpetuated violence against the LGBTIQ+ community.

Days later, on 30th July 2021, the police said that more than 30 people were detained in relation to violence against journalists during the attack at Tbilisi Pride house.

A bill that extends amnesty to police officers who exercised violence in the protests of the summer of 2019 generated new protests in Tbilisi. On 20th June 2021, activists who participated in the 2019 demonstrations, with support from opposition groups, gathered in front of the Parliament to express their dissatisfaction with the amnesty which would pardon police officers who violently dispersed the peaceful 2019 protests.

The 2019 protests were sparked by the presence of Russian Duma MP Sergey Gavrilov in the Georgian Parliament, after he was invited by the Georgian Dream ruling party, a move which displeased citizens. The protesters were dispersed violently by police, and subsequently the protests degenerated into mass actions against the ruling party.

Khusein Bakikhanov, an Azerbaijani #blogger, who had criticized Azerbaijani authorities, has died in #Tbilisi. #Azerbaijan

Azerbaijani blogger Khusein Bakikhanov, who criticised the Baku regime, was found dead in his house in Tbilisi. Bakikhanov had sought political asylum in Georgia after his release from custody following detention in May 2021 after protests in Baku. According to reports, Bakikhanov had quarreled with a group of Azerbaijanis in Tbilisi two days before his death and had alluded to the possibility that this group of people had been sent by the Azerbaijani authorities.

On 1st August 2021, Georgian television station Mtavari Arkhi TV aired their findings after an investigation into activities by the country’s security services. According to their report, the State Security Service has been undertaking secret surveillance and wiretapping, including on representatives of non-governmental organisations, journalists and members of opposition groups. The investigative piece drew public attention, and several Georgian NGOs signed a public letter calling on central authorities to investigate the allegations against the security service, to provide oversight over the agency and to begin institutional reforms in the security sector.

The letter read in part:

“The information disseminated by the media has once again indicated that no group, circle of people, or individual is protected from control and surveillance by the State Security Service. Including representatives of non-governmental organisations, media and political associations… Despite numerous efforts and large-scale campaigns, the state has not undertaken the responsibility to carry out a fundamental reform of the Service and its instruments of control… There is an impression that the main resources of the State Security Service are used for controlling specific groups which represent political interests of the government.”