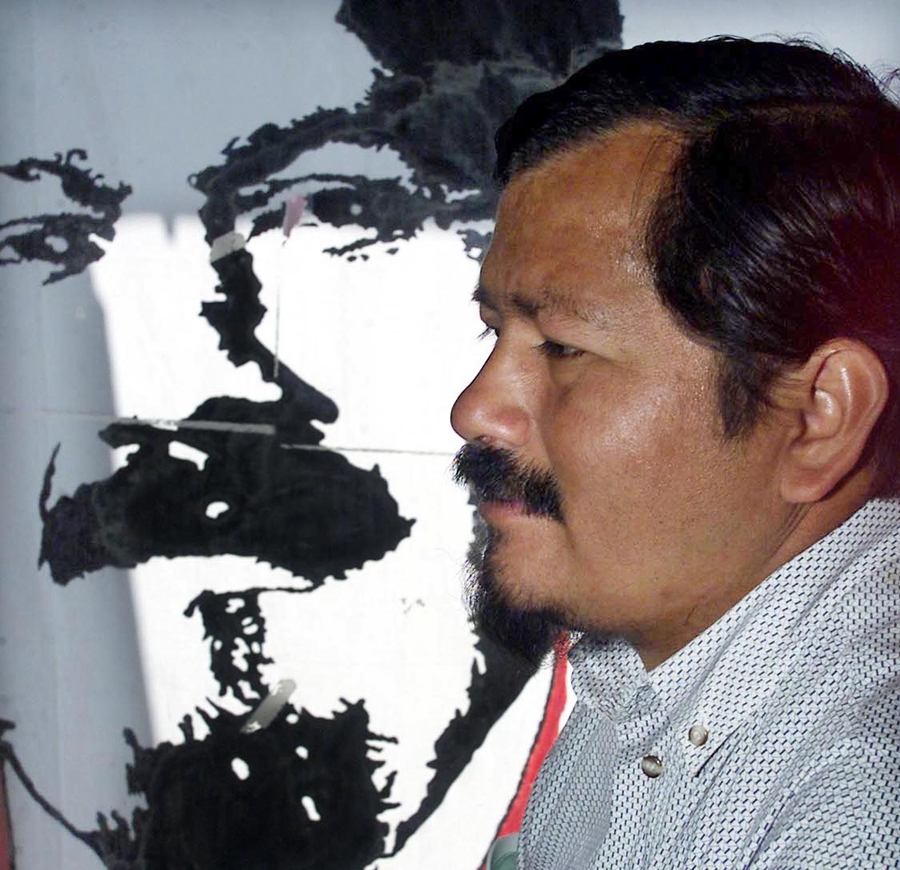 On 24th May 2021, conservative Guillermo Lasso of the right-wing Creando Oportunidades  (CREO) party took office as the new president of Ecuador. A former banker, Lasso comes to power in a country facing economic hardship and significant human rights challenges compounded by the COVID-19 pandemic. The 137 lawmakers of the National Assembly also started their four-year term in May 2021. Guadalupe Llori, of left-wing Indigenous party Pachakutik was elected president of the legislative.

Criminalisation and detention of defenders

In May 2021, state oil company Petroecuador filed criminal proceedings against Kichwa leader Wilson Geovanni Quindinga Salazar and his legal advisor Luis Xavier Solís Tenesaca for “paralysing public services”. Petroecuador’s complaint refers to a peaceful protest held on 10th May 2021 by members of the El Edén community, detailed in the ‘Peaceful Assembly’ section of this update. Petroecuador claimed the protest left it unable to send supplies needed to maintain operations. Both defenders were notified of the criminal proceedings on 22nd June 2021, the same day when the office of Orellana province’s governor announced that it was resuming a dialogue on the community’s basic needs.

Civil society coalition Alianza de Organizaciones por los derechos humanos (Alliance of Organisations for human rights) issued a statement denouncing Petroecuador’s actions, saying that criminal complaints are a well-known form of abuse of the criminal justice system to pressure protesting communities. The Alliance said “pending investigations” by the Attorney General’s Office cannot continue to be an instrument of intimidation and criminalisation of defenders, and questioned the institution’s opening of such investigations.

Separately, the Alliance also spoke out about the criminalisation of human rights and environment defenders of La Merced de Buenos Aires in the province of Imbabura. They maintained a protest for more than 60 days against mining and an alleged invasion by Australian-owned mining company HANRINE. The local residents have resisted mining in the region for its environmental and social impacts, and called for a participatory process with the community. The Alliance said at least 70 people, including Indigenous Awá peoples, civil society activists and public officials, are facing criminal investigation processes promoted by the company. The coalition expressed its solidarity with the criminalised defenders and demanded that Ecuador guarantee the safe exercise of their rights.

In another development, on 20th June 2021 the national police arrested Antonio Vargas, former president of Confederación de Nacionalidades Indígenas del Ecuador (Confederation of Indigenous Nationalities of Ecuador - CONAIE), in Puyo. Vargas, currently leader of the Kichwa organisation PAKKIRU in the province of Pastaza, has faced several lawsuits for his defence of Indigenous people’s land rights. Following a trial for “occupation, illegal land use or land trafficking” in 2017, he was sentenced to three years and eight months in prison. He had already been serving alternative sanctions to imprisonment, in light of Article 10 of Convention 169 of the International Labour Organisation (ILO) applying to Indigenous peoples. CONAIE said the recent arrest is a demonstration of persecution since Vargas was already fulfilling mandated community labour.

Situation of HRDs in Ecuador

On 15th June 2021, the Alliance of Organisations for Human Rights presented a report identifying patterns of violation of defenders’ rights in Ecuador. Their analysis looks into 22 cases that demonstrate the rights violations faced by at least 449 human rights defenders in the past decade. These include threats, harassment, systematic persecution and killings. The report documents conflict related to the exploitation of natural resources, the misuse of the criminal justice system, and the stigmatisation of human rights defenders by State representatives and institutions. Among the cases detailed in the report are the criminalisation of communities opposing mining in Río Blanco and the assassination of water defender Andrés Durazno, previously reported by the Monitor, as well as the killings and systematic harassment of Shuar leaders for the defence of their ancestral land against mining concessions.

Decriminalisation of abortion in cases of rape

Ecuador’s women’s rights movements won a landmark victory in April 2021, when a ruling by the country’s Constitutional Court decriminalised abortion in cases of rape. On 28th April 2021, the Constitutional Court voted 7-2 in favour of declaring two articles of the Penal Code unconstitutional. Legislation regarding pregnancy termination in Ecuador allowed abortions only in cases where a woman’s life is in danger or in cases of rape of women with mental disabilities. The magistrates ordered the deletion of the words “person with mental disability” from the Penal Code’s article, opening a pathway for a broader interpretation of the law.

The decision was the result of a petition from women’s rights groups, who gathered outside the Court’s building in Quito to celebrate. The National Women’s Coalition, Fundación Desafío and Mujeres con Voz issued a public statement saying this is a significant achievement and also vowing to continue to fight for the legalisation of abortion in all circumstances.

There were also demonstrations organised by anti-abortion activists on the day of the ruling.

On 10th May 2021, members of Indigenous community El Edén in Ecuador’s Amazon region began a peaceful protest against oil company Petroecuador. Over more than a month, they blocked access to Petroecuador’s fields located in ancestral Kichwa Naporuna territory, in Orellana. Around 1,000 people living in the region are affected by the earth, water and air pollution resulting from oil extraction. El Edén community members demanded the renewal of a deal to receive compensation from Petroecuador for the impact of their activity.

In June 2021, the community, Petroecuador and local authorities reached an agreement, and protests came to a halt. In the five-year agreement, the oil company pledged to finance the provision of drinking water for the community, execute a project to repower the local electricity service and improve health facilities.

On 28th May 2021, two attackers on a motorcycle shot journalist Calixto Zambrano as he was returning to his home in El Carmen. As reported by the Committee to Protect Journalists (CPJ), two of the shots hit Zambrano as he ran away and he had to undergo surgery for the wounds. Zambrano, who has worked as a journalist for 35 years, said he covers a range of issues on his nightly news programme on independent station Radio Eco FM. He had recently reported on corruption allegations involving the remodelling of a local hospital and the management of the town’s bus system.

On 24th June 2021, journalist Luis Eduardo Vivanco received a death threat from an unidentified man in Quito. According to Vivanco, the man began screaming at him from inside a vehicle. The assailant then left the car and said, “Vivanco, you son of a bitch, I’m going to kill you.” The journalist recorded the encounter on his phone; he said the man left the scene after seeing that he was being filmed. The following day, the reporter received threatening messages on WhatsApp, which referenced Vivanco’s criticism of Quito’s mayor Jorge Yunda.

On 6th May 2021, the National Assembly passed the Law to Prevent and Combat Digital Sexual Violence and Strengthen the Fight Against Computer Crimes, known as the “Digital Violence Law.” The legislation included several articles that threatened the ability of journalists to cover the news without fear of criminal penalty, said CPJ and a statement by Fundamedios. The bill, initially presented as a means to protect victims of sexual violence from online harassment, expanded Article 179 of the country’s Penal Code, relating to the “disclosure of secrecy,” by introducing criminal penalties for revealing or disseminating personal content “of a person without their consent, by virtue of the fact that they wanted to maintain this information in secret.” Convictions under the article would carry sentences of up to three years in prison. The legislative text also expanded criminal defamation provisions.

The Inter American Press Association (IAPA) and Human Rights Watch also criticised the legislation, calling on President Lasso to veto its problematic provisions. On 11th June 2021, Lasso objected to 14 articles of the bill, including the provisions rejected by civil society. In July, the National Assembly made modifications in the text to protect the exercise of journalistic activity.

In a separate development, on 27th May 2021, the new government sent to the National Assembly a legislative project for a new Organic Law on Free Expression and Communication. On his inauguration, President Lasso had vowed to repeal the current Organic Law of Communication (LOC), enacted during the government of Rafael Correa.

The community media sector warned that the bill would imply setbacks in rights. An open letter signed by around 30 organisations states that the bill promotes an individualistic notion of freedom of expression, reducing it to an exclusive right of journalists and the media, not as a right of society as a whole. They argue that while the text recognises the right to intercultural and pluri-national communication, it does so only as a declaration without addressing specific action viewed as vital – including community media’s access to radio and television frequencies. In the statement, the organisations said:

“In order to guarantee true freedom of expression, the democratisation of communication and independent audiovisual production in our country, it is necessary to maintain the basis of the Affirmative Actions provided for in the current Organic Law on Communication: training, tax exemptions for the import of equipment, preferential credits and development funds.”

In addition, the government’s proposal would do away with auditing authority Council for Regulation, Development and Promotion of Communication (Cordicom) by repealing articles in the LOC which instituted it. The organ was criticised by IAPA in 2014 for issuing an “inappropriate” warning to news media on their editorial criteria.

On 15th June 2021, the State of Ecuador partially recognised its responsibility for the violation of the right to freedom of expression of journalist Emilio Palacio and newspaper El Universo before the Inter-American Court of Human Rights. In 2011, the journalists were sued for criminal libel by then president Rafael Correa, and were convicted. Palacio and three of the newspaper’s directors were sentenced to three years in prison and payment of fines totalling US$40 million in compensation for an opinion piece regarding the country’s political situation.

In a hearing, Ecuador’s representative said the State recognises that the criminal sanction and civil compensation were disproportionate and unnecessary and added that these sanctions had “the capacity to produce an intimidating effect on the exercise of freedom of expression” for all journalists, the media and Ecuadorian society.