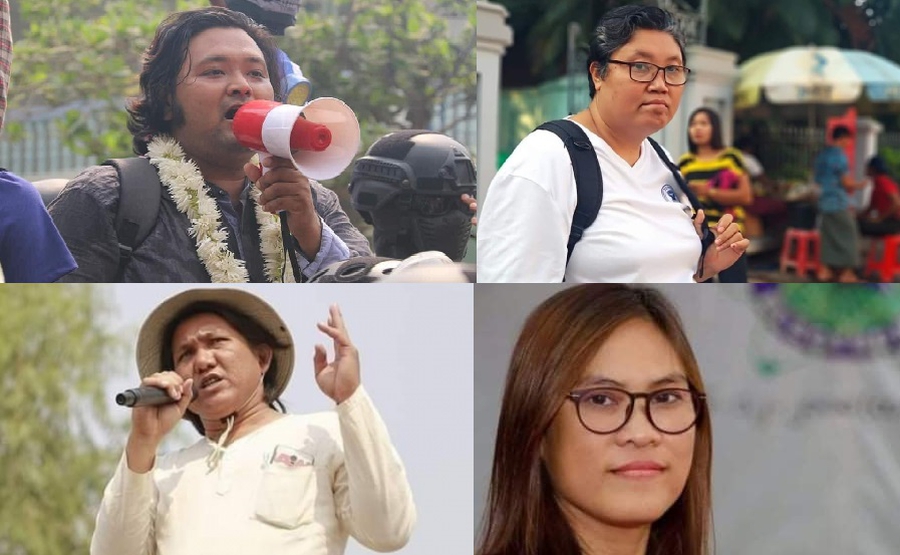 It has been more than 100 days since the Myanmar military seized power in a coup on 1st February 2021, arrested the civilian leaders of the national and state governments and launched a brutal crackdown against the protest movement across the country. Since then, there have been weak global and regional efforts to address the crisis or halt the serious human rights violations by the military.

The Committee Representing Pyidaungsu Hluttaw (CRPH) - representing 76 percent of the 498 democratically elected members of parliament - announced the formation of the National Unity Government (NUG) on 16th April 2021. The CRPH announced that it would serve as the legislative branch, while the NUG would serve as the executive branch and be responsible for forming the judiciary.

The junta has declared the NUG an “illegal organisation” and issued arrest warrants for 26 people, mostly members of a parallel government.

On 24th April 2021, a regional ASEAN summit was held in Jakarta to address Myanmar’s human rights crisis. A statement released after the summit said the leaders and foreign ministers from the ten-member Association of Southeast Asian Nations (ASEAN) had reached a consensus on five points. They included asking for an immediate end to the violence and the opening of a dialogue between the military and civilian leaders, with the process overseen by a special ASEAN envoy who would also visit with a delegation. The group also offered humanitarian assistance. The statement made no mention of the thousands who have been arbitrarily detained by the military, including activists, peaceful protesters and journalists and offered no timeline for these actions to be taken or an implementing mechanism. The summit also failed to acknowledge the National Unity Government (NUG).

On 5th May, more than 200 civil society groups, including CIVICUS, called on the UN Security Council to impose an arms embargo on Myanmar to help protect civilians peacefully protesting a military coup. ALTSEAN Burma reported on 5th May that security forces had launched airstrikes on Kachin and Karen states and shelled villages in the Chin, Kachin, Karen, Shan and Sagaing States/Regions. This has displaced over 47,000 ethnic community members.

According to the latest data from human rights group the Assistance Association for Political Prisoners (AAPP), as of 10th May 2021, 781 individuals have been confirmed killed by the military during this junta coup. A total of 3,843 people are currently in detention, 86 of whom have been sentenced.

Over the last month, the deadly crackdown on protests has continued. The Myanmar junta added a ban on satellite television while journalists continue to be targeted. Protest leaders have been targeted by the junta with arrests and fabricated charges while a leading human rights monitoring group has been accused of operating illegally.

After a brief absence following crackdowns that killed hundreds nationwide, anti-coup protesters returned to the streets in many parts of the country in mid-April 2021, ahead of the ASEAN summit in Jakarta.

Myanmar's military opened fire on protesting healthcare workers in Mandalay on 15th April, killing at least one bystander. A medic who participated in the protest said he saw the arrest of six nurses and doctors during the crackdown. Myanmar's healthcare workers have been at the forefront of a nationwide civil disobedience movement, refusing to return to work under a military regime.

On 23rd April 2021, protesters, led by activists from the All Burma Federation of Student Unions (ABFSU) and youths from several Yangon townships, marched along Anawrahta road. The marchers called for the abolition of the “fascist” Myanmar military and the establishment of a federal union.

Thousands of anti-coup protesters took to the streets across the country on 2nd May and were met with violence by security forces that killed at least six people, according to eyewitnesses. The military council’s armed forces carried out arrests and fired rubber bullets, live ammunition and grenades at civilians in an attempt to end the protest and terrorise those participating, according to reports.

The Myanmar junta added a ban on satellite television to existing restrictions on the internet and media, tightening its grip over information in the country. On 4th May 2021, the military announced that anyone using satellite dishes to watch television faces up to one year in prison or a fine of K500,000 (USD 320).

The ban on satellite television is part of the military’s full-scale attack on the country’s media, Human Rights Watch said. On 4th May, the junta also announced it was banning two more media outlets, Kachin-based 74 Media and Shan-based Tachileik News Agency, increasing the number of banned media outlets to eight. Many of those outlets, including 74 Media and Tachileik News, have responded with defiance to the junta’s bans, vowing to continue their reporting.

As previously documented, following the coup internet shutdowns were imposed designed to interfere with protest organising and to prevent Myanmar citizens, journalists and human rights activists from easily broadcasting what is happening on the ground to the rest of the world.

Journalists detained during raids and while covering protests

These Mandalay journalists from the Voice of Myanmar -- Editor in chief Ko Nay Myo Linn and reporter Ko Shine Aung -- reportedly become the 42nd and 43rd journalists detained for reporting on the junta's brutality. https://t.co/dMq0yTJO3R pic.twitter.com/03CN39Dbqt

Journalists continue to be targeted by the military, as previously documented. On 4th April 2021, the authorities began publishing lists of journalists wanted for providing information about the pro-democracy protests. At least 19 journalists were named.

According to the Committee to Protect Journalists (CPJ) on 29th April, preliminary investigations found at least 40 journalists had been imprisoned, the majority detained during newsroom raids or while covering anti-coup street protests.

Over half of those detained face charges under Article 505(a) of the penal code, a broad provision that criminalises the dissemination of information or “fake news” that could agitate or cause security forces or officials to mutiny. Convictions under that provision allow for maximum three-year prison sentences.

Protest leaders have been targeted by the junta with arrests and fabricated charges. Some of the protest leaders’ houses were raided while some of them fled to avoid the arrests. Medical workers and educators are facing charges or have been suspended. Many people have been taken in terrifying night-time raids or abducted off the streets and held in secret facilities out of contact with their families. Little is known about the conditions they are kept in.

On 26th April 2021, the Home Affairs Ministry of the ruling State Administration Council (SAC) accused the Assistance Association for Political Prisoners (AAPP), a leading human rights monitoring group, of operating illegally because it was not registered as an organisation. The junta’s announcement threatened “severe action” against the group for causing “State service personnel and public panic” that will “incite the occurrence of more riots” and “harm State stability, rule of law and restoration of law and order.”

The junta’s efforts to target the AAPP are illustrated in the 115-page briefing paper, obtained by Human Rights Watch, that the junta leader, Min Aung Hlaing, presented to leaders at the ASEAN summit in Jakarta. Min Aung Hlaing claimed, without providing evidence, that the AAPP uses “data” that “appeared in fake and hoax news.” He added that the junta was “very upset” that “world media and international organisations restated” that information.

Responding to the allegations, AAPP Secretary-General Bo Kyi, a recipient of the Human Rights Watch Alison des Forges Defender Award in 2009, told The Irrawaddy magazine that: “I think it is just a political move as international governments, media and UN are referencing our data … The key issue is the violence they have committed, their killing and arrests. Instead of solving those problems, they are targeting a group like ours which is revealing the true events.”

The AAPP told Human Rights Watch that the military’s threats have forced them to close their office in Yangon and compelled their staff to go into hiding and work from undisclosed locations.