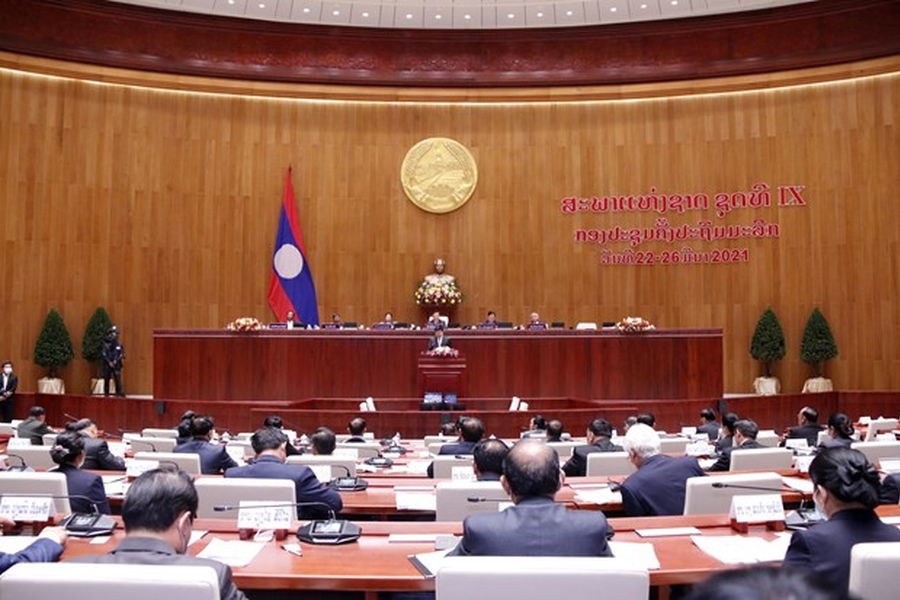 The civic space rating for Laos remains ‘closed’ in the latest annual report published by the CIVICUS Monitor in December 2020.

In February 2021, a rubber-stamp election was held in the one-party state to provide legitimacy to the ruling Laos People’s Revolutionary Party (LPRP), which has governed since the 1970s. The LPRP dominates all aspects of political life, while severely restricting criticism of any kind.

The vote on 21st February was to elect members of Laos’ National Assembly’s ninth legislature, as well as its second Provincial/Capital People’s Councils. It was reportedly the country’s first nationwide vote since March 2016.

There is no space for opposition in Laos. In the current National Assembly, 144 of the 149 seats are held by LPRP members, with the remaining five taken by “independents.” Although these are not official party members, they are carefully vetted and need to be approved to run in the election by the Laos Front for National Development (previously the Laos Front for National Construction), an opaque government-affiliated political organisation. As a result, no alternative voices are ever heard in the Lao parliament.

In recent months, the UN has raised concerns on the ongoing arbitrary detention of three human rights defenders and the continued failure of the Laos authorities to investigate the whereabouts of human rights defender Sombath Somphone. A Christian pastor was released after being arbitrarily detained for a year and there have been escalating attacks against the Hmong community living near the Phou Bia mountain. Laos press freedom rankings remains at the bottom of the latest world index.

On 12th April 2021, a UN expert called on the authorities to immediately release three human rights defenders who have been detained for more than five years.

Lodkham Thammavong, Soukane Chaithad and Somphone Phimmasone were arrested for taking part in a demonstration outside the Lao Embassy in Thailand to express concerns over the government’s human rights record. The three had also posted messages on social media criticising the Government.

As previously documented, they were arrested in March 2016 and detained incommunicado for over two months and tried in secret. They were then forced to admit to their crimes on national television. In May 2017, they were convicted for ‘acts of betrayal towards the nation’ (article 56 of the Penal Code), ‘propaganda against the state’ (article 65 of the Penal Code) and ‘gatherings aimed at causing social disorder’ (article 72 of the Penal Code) and given lengthy prison sentences of 12 years, 18 years and 20 years in prison, respectively. In September 2017, the UN Working Group on Arbitrary Detention declared their detention to be arbitrary.

Christian pastor released after a year in detention

In April 2021, the pastor of a church in Savannakhet, Laos was released from prison three days after being convicted by the Provincial People’s Court of “creating disorder” and “disrupting unity”.Sithon Thippavong, aged 35, was arrested in March 2020 after being accused of conducting church services without permission.

According to Radio Free Asia, Sithon began preaching Christianity to villagers in Savannaket’s Xonnaboury district in 2011. On the day of his arrest, Sithon was preparing to conduct a service when seven police officers arrived and demanded that the pastor cancel the proceedings and sign a document renouncing his Christian faith, sources said. When Sithon refused to sign the document he was taken into custody, with his family never formally informed of his arrest or the charges made against him.

He was only convicted on 6th April 2021 and sentenced to a year’s imprisonment; however, he was released on the grounds that he had already been detained for a year prior to his conviction and was also given a fine of 4 million kip (approximate USD 426).

While Laos has an existing law which allows Lao Christians to preach in the country, Christians - who account for around two percent of the seven million population - consistently face discrimination, particularly in rural areas. As previously reported, Christians have been arrested for holding prayer services and have faced harassment from the authorities.

According to the Unrepresented Nations and Peoples Organisation (UNPO), the ethnic Hmong community living near the Phou Bia mountain faced an escalation in attacks from government troops, allegedly in efforts to remove them from areas targeted for development by the government. UNPO said that this violence coincided with the government’s push to develop the mountain for tourist and investment purposes.

UNPO reported that on 14th March 2021, authorities in Xaisomboun (Saysombun in Lao) province issued a decree restricting civilian access to the Phou Bia jungle where the Hmong community has taken refuge for four decades.. Following the publication of the letter, an escalation of violence against the Hmong was reported by community members living in the area.

The Hmong has faced two decades of attacks from the government, which as previously documented, has refused to recognise them as an indigenous group. UNPO stated that the severity of attacks against the Hmong community escalated in 2016, with the military using heavy artillery despite the presence of women and children. It raised concerns that this escalation may result in ‘a serious humanitarian and human rights crisis’ that would endanger the lives of civilians and called on the international community to act on the crisis and ensure humanitarian aid for the Hmong people. It also called on the authorities to end the violence and to grant immediate and unfettered access to the area to impartial international observers.

The communication stated that there was an ‘absence of evidence’ to indicate that efforts were made to further the search for the missing activist. While the UN experts noted the government’s responses to earlier communications on Sombath, they regretted the lack of further updates into the investigation.

In their communications, the UN asked the Lao government to provide information regarding their efforts to determine the whereabouts of Sombath, the outcome of these investigations and to explain their reasoning for allegedly denying Sombath’s wife Shui Meng Ng access to documentation on his case. They also asked the government to indicate what measures they had taken to ensure the protection of human rights defenders and civil society in the country.

As previously reported, rights groups have continued to pressure the Lao government for information on Sombath, who was stopped in a police checkpoint in the Vientiane area in December 2012 and forced into a vehicle by unknown individuals in the presence of police officers.

Sombath Somphone was the founder and executive director of the Participatory Development Training Centre (PADETC), which trains young people in order to promote sustainable development. For his community development work he was awarded one of Asia's most prestigious civil awards, the Ramon Magsaysay Award for Community Leadership, in 2005.

New report from @HRF investigates the links between foreign investment and human rights abuses in #Laos.

In February 2021, the Human Rights Foundation released a report on the human rights violations occurring within Laos linked to foreign investment. The report, “Voices Silenced: The Impact of Foreign Investments on Human Rights in Laos” highlighted how rampant corruption within Lao’s political system, along with ongoing land grievances and increasing development projects in the Mekong Region, have repeatedly resulted in human rights violations, including enforced disappearances and arbitrary politically-motivated arrests of activists and dissidents.

In new rankings, released in April 2021, Laos remained in 172nd place in the Reporters Without Borders’ (RSF) annual World Press Freedom Index. The country has consistently stagnated on the bottom ten of the list since 2013.

RSF noted that the ruling Lao People’s Revolutionary Party (LPRP) exercises absolute control over the media. Increasingly aware of the restrictions imposed on the official media, Laotians are turning to the Internet and social media. However, the emergence of online news and information platforms is held back by a 2014 decree under which Internet users who criticise the government and the LPRP can be jailed. The same decree also forces Internet users to systematically identify themselves by the name they have registered with the authorities.