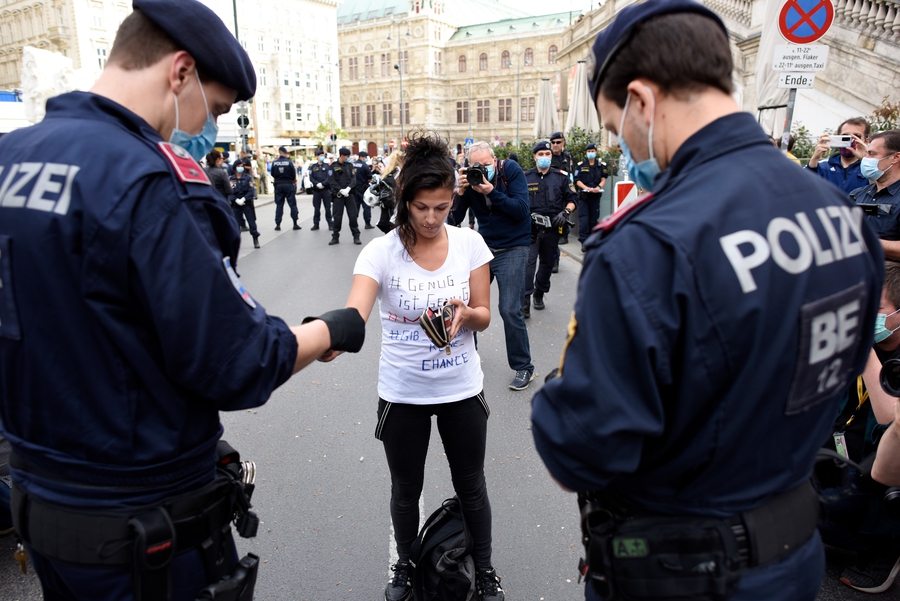 An on-going investigation involving the conservative ruling party in Austria has raised concerns over the integrity and separation of powers in the country. An anti-corruption investigation is under way, which consists of an analysis of more than 300,000 text message conversations. Conservative leaders have continued to attack the Economic and Corruption Prosecutor, subjecting the office to political pressure and hindering the investigative efforts of the judicial body. In the context of the pandemic, political tactics that seek to discredit and damage the reputation of public institutions may erode social trust and are likely to have consequences over civic space in the country.

Law-making without due process and lack of public consultation

In parallel, news outlets such as Süddeutsche Zeitung have been questioning the speedy law-making processes, with well over 100 laws being passed since the beginning of the COVID-19 crisis, limiting the fundamental rights and freedoms of citizens. Austria's Constitutional Court has already ruled that a substantial part of the legislation passed by the government in Vienna in the first phase of the coronavirus pandemic was unconstitutional, diminishing trust of the ever-tightening COVID-19 regulations, and also leading to protests.

Crackdown on mobilisations in reaction to anti-COVID-19 protests

The past months have seen diminishing compliance with COVID-19 regulations, resulting in an increasing number of protests, many of which have been organised by far-right groups and COVID-19 sceptics. Franz Neunteufl from IGO reported that these protests have been growing in popularity among ‘ordinary people’ such as families, by capturing frustrations around lockdown measures. Following the breaking up of a gathering of around 2,000 people against coronavirus measures on 3rd January 2021, and a further demonstration of 2,500 people on 6th January 2021, where three people were detained, the Ministry of the Interior and Vienna State Police Directorate have announced a tougher approach by security authorities. New regulations include an obligation to provide further detailed information when asking for permits and registering demonstrations, so that authorities can conduct a more detailed examination and verify that the declared purpose corresponds to the actual motive of the mobilisations. If there is evidence that participants will not adhere to health measures, guidelines will be in place detailing possible courses of action such as dissolving a meeting through specified police tactics or forbidding particular meetings in advance.

However, media outlets such as Salzburger Nachrichten highlighted that the proposed guidelines offer little respite for those who worry about the impact of the capacity of citizens to demonstrate freely. The guidelines contemplate the possibility of analysing social media content of applicants, increased cooperation between security authorities and a stronger police presence at demonstrations. These measures are likely to affect the capacity of all groups to obtain approval by authorities to mobilise, regardless of their political preference or whether they intend to observe the recommended health measures.

International organisations such as Amnesty International are concerned that the guidelines do not establish clear criteria in placing restrictions on freedom of peaceful assembly, and simply grant greater powers to police in the context of the pandemic. In a press release, the organisation’s Annemarie Schlack, managing director for Austria stated:

“In the last few months it was not always clear why some demos were prohibited or restricted and others not. (…) Any encroachment on the freedom of assembly requires a differentiated and transparent justification in each individual case.”

“Instead of total bans, we need clear, proportionate criteria that protect public health - and apply equally to all demos. This includes keeping your distance or wearing mouth and nose protection. The right to freedom of assembly must remain accessible, even in times of the pandemic. At the same time, it is also clear, as soon as the organizers or participants do not adhere to the rules of the game, that meetings can be restricted. "

“Yesterday's attacks on journalists by some participants in the anti-corona demo are out of the question. The free press must be able to go about its work at all times and the executive has to ensure that.”

“Freedom of expression is a valuable asset that is worth protecting. However, it cannot be the case that journalists are hindered in the exercise of their professional activity and even threatened and attacked,” - Eike-Clemens Kullmann, federal chairman of the Journalists' Union in the GPA.

As documented by Mapping Media Freedom, on 24th February 2021, the ÖVP party, headed by Federal Chancellor Sebastian Kurz, mentioned a new controversial plan, as part of judicial reforms, that would impose tough criminal penalties on journalists for quoting from leaked documents. The idea comes following media coverage of judicial investigations involving politicians who are under investigation by the Economic and Corruption Prosecutor (WKStA) (see under Association). The initial idea was put forward by ÖVP Minister for Constitutional Affairs Karoline Edtstadler, who said that “everything must be done in a non-public investigation” to ensure that no leaks were published in the media before “those involved in the proceedings” learned themselves. No draft legislation has been put forward as yet, but the Green Party has already voiced its opposition to such reforms. Several media watchdog groups and journalists’ unions condemned the proposal.

“The ability of journalists to verify and publish public interest information obtained from leaks is a fundamental element of the freedom of the press. We are concerned that ÖVP’s proposal is a knee-jerk reaction which, if passed, would criminalise legitimate journalism,” - International Press Institute (IPI) Deputy Director Scott Griffen.

“Professional journalists abide by ethical standards and engage in a rigorous vetting process to establish the authenticity of information and assess what is in the public interest to publish. Austria already has relevant and sufficient legislation in place when it comes to the rights of persons under investigation. The proposed new restrictions are not only not needed, they would also seriously impede the press’s ability to fulfil its watchdog role,” - International Press Institute (IPI) Deputy Director Scott Griffen.

“Wanting to punish journalists for quoting from files in investigative proceedings is an unacceptable attack on freedom of the press and thus our democracy,” - Eike-Clemens Kullmann, chairman of the Austrian Journalists' Union.