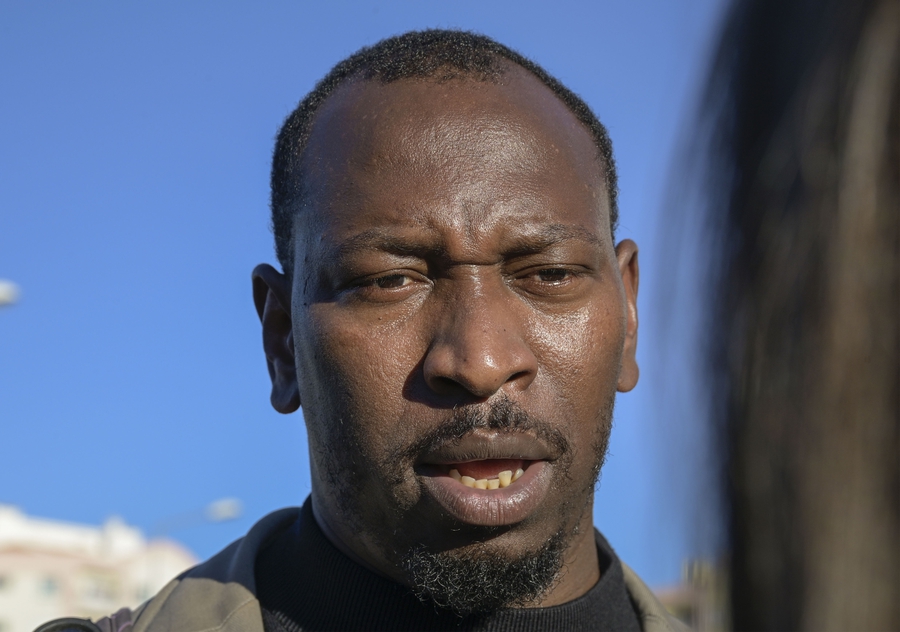 In the past year there has been a growth in far-right movements, both in terms of their presence on the streets and in political support. In January 2021, far-right candidate Andre Ventura came third in the presidential elections, gaining 12% of the vote. Rita Leote from Plataforma Portuguesa das ONGD and Francisco Venes from Academia Cidadã reported that the increasing presence and influence of the far-right has led to a deterioration of social peace and dialogue, resulting in a less enabling environment and the backsliding of rights for minority groups such as people of colour, the Roma population, migrants and LGBTI communities. The growing influence of the far-right took place in parallel to the growth of Black Lives Matter movements, who have debates on systemic racism, Portugal’s colonial past and the consequences it has today.

The recent death of the country’s “most decorated war hero”, Lieutenant-Colonel Marcelino da Mata, has sparked debates on Portugal’s colonial past, resulting in threats to freedom of expression and the targeting of anti-racism activists. Namely, on 12th February 2021, Mamadou Ba, a prominent anti-racism activist from the advocacy group SOS Racismo, published a post on Twitter where he said he found it “disgusting” that CDS-PP (conservative-right party) was requesting a decree of national mourning over the death of “bloodthirsty” Marcelino da Mata, who served in Portugal’s Colonial War and is believed to have committed war crimes for which he was never legally accused. In retaliation, the CDS-PP group called for Mamadou Ba’s removal from a government work group aimed at addressing racism. This was followed by the launch of a public petition calling to deport Mamadou Ba (who is a Senegalese-born Portuguese citizen) for his “slanderous statements on Twitter”. The petition has been signed by over 31,000 people. A counter campaign was set up in support of Mamadou, against racism and acknowledging the importance of recognising the damaging impact of Portugal’s colonial past on today’s society.

In a recent interview Ba gave to TVI24, when asked about the petition, he said that it was clearly racist,

“The last sentence of the petition says it all, ‘may this expulsion serve as an example!’ An example for what? So that a person of colour can never express themselves in the public sphere again?”

“Is that the democracy we want?… We are in a democracy, people can disagree with what I say, they can refute what I say, but they can’t keep me from speaking.” (translated from Portuguese).

In addition, Prime Minister Costa’s recent comments in an interview with TVI24 have raised concerns, in which he drew parallels between leader of the far-right Andre Ventura and Mamadou’s “radical discourses”:

“We have, both in terms of immigration policy and refugees, a continued history that has resisted all changes in government and that, with small drifts, has always been maintained as consensual. Neither André Ventura nor Mamadou Ba represent what is the feeling of the generality of the country.” (Translated from Portuguese).

"It is an attitude, in addition to cowardly, deeply dishonest, illustrating if necessary the lack of a political proposal to combat racism. In short, the removal of the Prime Minister, more than a sad and inglorious strategy of isolating the anti-racism, it is a regrettable lack of political courage. The fight against racism does not have a prime minister who devalues it.” (translated from Portuguese).

These open attacks on freedom of speech and on anti-racism activist Ba contribute to the development of a less enabled civic space and suppression of freedom of speech. At the same time, Francisco Venes commented that “mainstream media does not understand the risk of the far-right presence and discourse”. These factors pose a concern for other minority groups, whilst support for the far-right continues to grow.

#Portugal: @SICNoticias journalists @PedroMCoelho, José Silva & Andres Gutierrez who investigated far-right #Chega party were subjected to a torrent of insults and threats online by its supporters.

These disgusting threats must stop immediately.

In November 2020, the Portuguese government proposed changes to the Public Utility Framework Law. The public utility status is a special status for CSOs/foundations/associations that are considered important for society and is beneficial in that it gives organisations certain rights such as more diverse funding opportunities. Whilst the government is framing the redrafting of this law as a step towards simplifying procedures, the language and tone of these measures casts doubts on the legitimacy and credibility of the public utility sector. For example, the law states intentions to "ensure that they (foundations and entities with the status of Public Utility) do not deviate from the purposes for which they were created or pursue fraudulent intentions”. Alongside this, the draft law proposes new inspection mechanisms and an obligation for every public utility organisation to renew its public utility status every eight years (when previously there was no obligation to renew the status). These demands for transparency and accountability suggest that there is a need for civil society to be checked and controlled.

Furthermore, the consultation with CSOs in the re-drafting process was exclusionary, with only some CSOs being consulted. For example, Plataforma Portuguesa das ONGD reported that they were not consulted in the preparation of the law. This is concerning as it is the only organisation representing their subsector.

The consultation period for COVID-19 recovery and resilience planning lasted just one week, with limited opportunity for CSOs to provide input. ANIMAR (Portuguese Platform for Local Development) prepared a report outlining their insights on the proposed Plan for Recovery and Resilience. In their report, they highlight concerns on the absence of the social and solidarity-based economy sector as a pillar in the strategic vison. ANIMAR emphasises that this pillar is vital not only for its contribution to citizenship and the ability to aid poverty and social exclusion, but also for its vital role in filling the gaps in public policy and ensuring no one is left behind. The Recovery Plan, ANIMAR argues, overly focuses on the market economy as a solution to problems, pointing out that this is also a strong catalyst for inequalities. Thus, there is a need to expand the focus beyond the private economy and to prioritise the needs of communities and sustainability of societies, e.g. via local development and promoting equality.

CSOs have reported that there was no consultation or process for civil society to feed into priority settings for the upcoming Portuguese Presidency of the EU. Despite this, Plataforma Portuguesa das ONGD developed a comprehensive consultation process with Portuguese CSOs to identify priority areas and advocate discussion to help provide answers to global challenges. They prepared a report of civil society priorities for the Portuguese Presidency, mapping out CSO priorities for the current period. To date, CSOs are yet to see evidence of these priorities being meaningfully considered by the government.

While strict coronavirus measures and heavy policing have meant that there have been fewer assemblies in this period, it is worth mentioning the recent growth of the anti-lithium movement in Portugal. Fransisco Venes reports that there are between 10 and 15 community groups across the country that are mobilising against proposals to open lithium mines in their regions. These new mining proposals come due to greater demands on electric car manufacturing, as proposed by the European Green New Deal, which has led to a growth in lithium exploration in several sites in Portugal and Spain. Lithium mining also appears in the Portuguese Recovery and Resilience Plan.

Due to pressure from local movements against lithium mining, one movement in the Covasdo Barroso region has successfully pushed for a public consultation and environmental impact assessments, which will likely delay the opening of the mine. The proposed site is located in an FAO recognised agricultural heritage area, with the nearest house just 200 metres away. The government and mining companies have been accused by communities of a lack of transparency in the planning processes and have been called out for failing to carry out environmental impact assessments. The groups said:

“The Portuguese government assumes this fact and the extraction of lithium and other metallic resources in the country as a given, even when the Strategic Environmental Assessment approved in the last State Budget is still in progress and when not even the Impact Assessment of the affected areas has entered the public consultation phase.” (translated from Portuguese)

On 14th November 2020, restaurant and bar workers staged a protest over government support during COVID-19. In addition, during December 2020 some restaurant owners staged a hunger strike and camped outside the Portuguese parliament, stating that the support received by the government during the pandemic is insufficient.