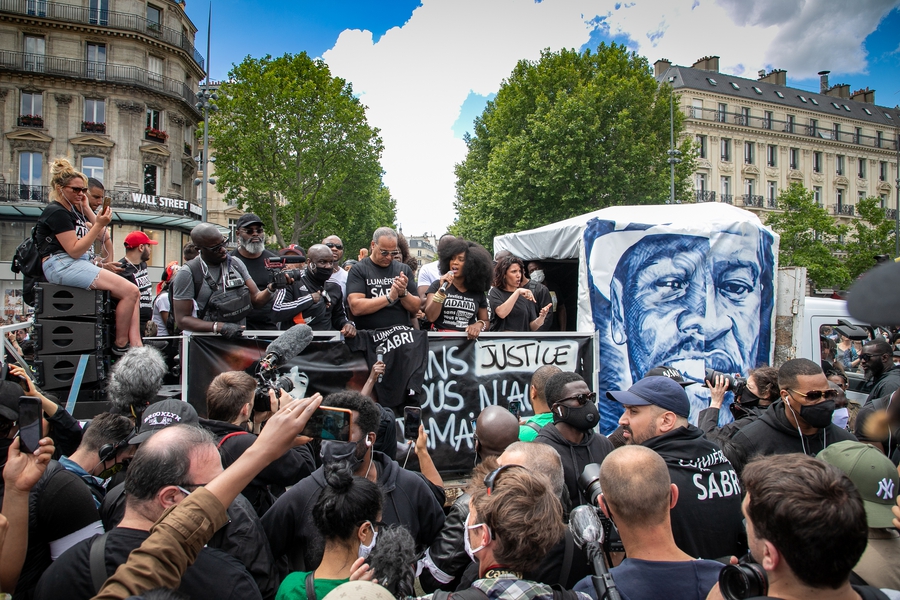 Impact of COVID-19 on CSO sector

The Mouvement Associatif reported to the CIVICUS Monitor that associations working in solidarity and social action saw a decline in activities of up to 80 per cent, mostly because of the vulnerability of their volunteers and lack of equipment. Contrary to this trend, CSOs linked to the health sector maintained 90 per cent of their activities.

From 15th March to 15th April 2020, the Mouvement Associatif estimated that the CSO sector lost about 1,4 billion EUR in revenue. In a survey conducted by the French NGO, 60 per cent of associations said they would not expect to have any activities before September 2020. In addition, many sectors (culture, informal learning, sports) were uncertain whether activities would resume in September 2020. Nationally, there is a financial impact on all the sectors, with about 40 per cent of CSOs across the country being affected by the COVID-19 crisis.

Struggle to include CSOs in the State Solidarity fund

CSOs were initially not included in the measures introduced by the government. However, through intense advocacy, especially to the Prime Minister, the Mouvement Associatif secured the inclusion of all associations in the State Solidarity Fund. Associations could also benefit from delayed deadlines for the settlement of administrative taxes, loans, etc.

With the outbreak of the pandemic, CSOs started to have better communication with the government, “especially with the Prime Minister”, Lucie Suchet, Advocacy Manager of the Associative Movement, told the CIVICUS Monitor. Suchet added:

“We regularly took part in crisis management committees, with social economy actors, every Friday during the lockdown. In a long-term perspective, we are still calling for the implementation of measures drafted in the action plan for Associations (Plan d’action Vie Associative), which was presented in 2018.”

However, there is still no institutional dialogue mechanism for CSOs. Associations have proved to be very useful during the crisis, when the state requested that they provide assistance and activated the Réserve Civique database. Many CSOs used this database (with about 316 000 volunteers in the database) to connect volunteers with NGOs in case of exceptional circumstances (pandemic, flood, etc.), particularly to support operations where the state could not deliver.

On 14th September 2020, during his second visit to Calais, France’s Interior Minister Christophe Castaner authorised an order to restrict food distribution to a refugee centre in Calais, diverting it to a single state-approved association despite the serious unmet needs of the centre. The Ligue des Droits de l'Hommes (LDH) has reported that associations on the ground are accused of "creating problems", of organising "meal distributions in a totally anarchic manner" and "characterised by the non-respect of social distancing measures in the context of the fight against COVID-19".

LDH pointed out that the French government is giving in to pressure from the mayor of Calais, Nathalie Bouchart, in her aim to undermine the humanitarian action of associations and to reduce the fundamental rights of exiles who are desperately seeking to join their families and loved ones across the Channel in the UK. In its statement the LDH said:

“With this new violation of the rights of the exiles of Calais, the State intends to sanction solidarity with those who flee war, persecution and economic misery while no lasting response of reception and support is offered.” (Translated from French).

On 11th May 2020, the government enacted a ban on peaceful assembly as a result of the sanitary emergency measures to tackle the pandemic. In a public statement issued on 25th May 2020, the LDH pointed out the paradox in the measures taken by the government. On one hand, shopping malls, bars, restaurants and an amusement park were authorised to open again, bringing together hundreds of people in small spaces. On the other hand, those undertaking any form of protest (in cars, human chains with social distancing…) were reprimanded by law enforcement.

The statement also emphasised the extended prerogatives given to the executive, which does not require approval from the Parliament to pass laws. The LDH argued that such a deprivation of a fundamental right weakens democracy.

“With the absolute prohibition that it imposes, with a state of emergency renewed with exorbitant powers given to the government on the maintenance of the normal functioning of our institutions, the executive advances on a dangerous line. The very one that leads to authoritarianism, weakens democracy, threatens civil peace.” (translated from French).

The organsation called on all political, trade union and associations to stand up against this denial of rights. All actors were also urged to intervene in order to force the executive to open discussions without delay on appropriate solutions that may reconcile the need to tackle health and safety measures with the freedom to protest.

There are some exceptions permitted when gatherings, meetings or activities are considered to be “essential to the continuity of the life of the Nation”, such as in places of worship and for professional reasons such as establishments opening to the public and passenger transport services.

As a result, some demonstrations planned in June 2020 were prohibited in France. Despite the ban, 20,000 people gathered in Paris on 2nd June 2020 in memory of Adama Traoré, a 24-year-old black Frenchman who died in a 2016 police operation. Many have likened the death of Traore to the killing of George Floyd, a Black man, by a Minneapolis police officer in the USA which sparked mass protests in the country and across the globe under the banner Black Lives Matter.

On 5th June 2020, the Paris Police Prefecture also banned a protest in honour of George Floyd, and against police brutality and racial injustice. However, the protests went ahead, taking place in Paris and in several places across the country. The Minister of the Interior declared to the media that he “ensured there were no police reports” during these protests. He also stated that upcoming Black Lives Matter demonstrations and those organised by health workers would be tolerated de facto and that there would be no sanctions against participants.

At a Black Lives Matter protest on 15th June 2020, about 15,000 people gathered at Place de la République. However, police prevented protesters from marching to the Opera area due to the threat to local businesses. Media reports state that clashes erupted as police fired tear gas to disperse protesters. About 26 protesters were questioned by the police later that day.

On 12th June 2020, the Council of State declared that the ban on demonstrations is not justified by the current health situation when the “barrier measures” can be respected or when the event is unlikely to bring together more than 5,000 people. The judge also points out that, in accordance with the law, any demonstration on a public highway must be declared in advance to the town hall or prefecture, and that it may be banned by the police authorities or the prefect if they consider that it is likely to disturb public order, including for health reasons, or when local circumstances so require.

Journalist, street doctors in the spotlight during protests

The press and street medics have been targets of police abuses in France during protests (see expression for more). On 12th September 2020, three volunteers of the “Street Medics” reported that they were detained by the police for 30 hours without any basis or real evidence. They were accused during a police control of “participation in a group formed in preparation for violence against people or destruction or damage to property” and “carriage of weapons”. In a press release they stated:

“We explain why we have this equipment - because it protects us from gases, the helmet from possible projectiles that fall down. We use walkie-talkies to communicate with each other. We explain to them what our role is in an event, which is to take care of everyone.”

They also denounced the conditions of their detention in the statement, where they were redirected to a police cell and held for 20 hours, some of them with no food or water.

Many journalists have been obstructed in doing their jobs through intimidation and being taken into custody over the last few months. Once again, journalist Gaspard Glanz of Taranis News spent the 17th September 2020 in police custody after being arrested as he was going to cover a Paris trade union demonstration. Surrounded by twelve policemen, his equipment was seized and Glanz was taken into custody for "participation in a group formed to prepare violence or destruction or damage to property during demonstrations in the public space".

Glanz explained that the presence of a gas mask among his belongings may have justified his detention in the eyes of the police officers. Several journalists have been arrested for this reason over the past two years, notably Rémy Buisine from Brut. Gas masks, which are considered prohibited material by police, are used by reporters to cover demonstrations saturated with tear gas.

“After spending four years tallying and denouncing cases of police violence against journalists, appealing to the authorities, taking cases to court and drafting proposals, we call on the government to finally adopt concrete and bold measures to end these violations of press freedom and the right to information in France,” - RSF Secretary General Christophe Deloire.

In a separate development, the Committee to Protect Journalists (CPJ) reports that three journalists from the public television channel France 3 news crew were assaulted. The journalists were covering the fourth day of violence in Dijon’s Grésille neighborhood, where an armed gang clashed with police. The CPJ called on the authorities to thoroughly investigate the incident:

“Authorities should take strong action to prevent violent attacks and intimidation of the press and to ensure that journalists can freely and safely cover events of public interest, including gatherings of violent groups,”- Gulnoza Said, CPJ’s Europe and Central Asia programme coordinator, in New York.

French satirical newspaper Charlie Hebdo republished a series of cartoons of the Prophet Muhammed ahead of the 2nd September 2020 trial of those accused of complicity in the 2015 Charlie Hebdo shootings. In January 2015 a jihadist attack was carried out on the newspaper's newsroom, leaving 12 dead.

Following the republication, further threats have been directed at Charlie Hebdo. The RSF condemned such attacks, including ones that came from world leaders.

“There is an urgent need to reconnect with the spirit of tolerance and fraternity that prevailed in the aftermath of the Charlie Hebdo shootings. Respect for international legal standards protecting freedom of expression is not just an obligation. Heads of state and government have a duty to guarantee respect for these standards, obviously, but they also have a responsibility to promote this respect,”- RSF Secretary-General Christophe Deloire.

An open letter written by more than 100 media outlets called for the protection of free speech.

“It is really tragic to again see images of an attack on Rue Nicolas Appert five years after the one on Charlie...This violence is a danger to us all, in France and elsewhere. And this threat that constantly weighs on the freedom of expression throughout the world is an abomination,”- RSF Secretary-General Christophe Deloire.