Public vilification of Indigenous peoples and criminalisation of environmental defenders 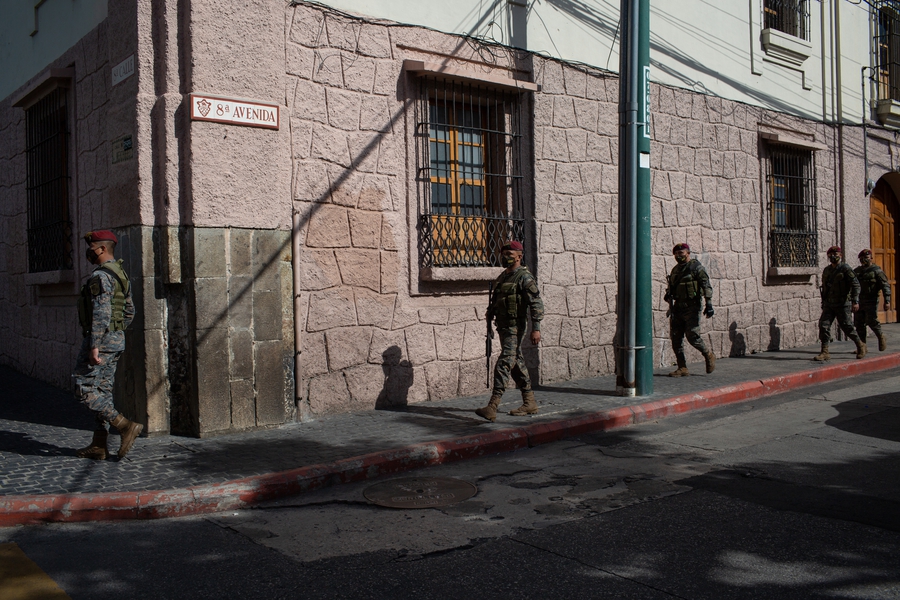 On 16th July 2020, Maya Q’eqchi Indigenous leader Bernardo Caal Xol was declared a prisoner of conscience by human rights organisation Amnesty International. Bernardo Caal Xol has defended the rights of communities in Santa María de Cahabón, department of Alta Verapáz, which have resisted the construction of a hydroelectric dam in the region. In retaliation for his work representing community interests, he was targeted by a defamation campaign and criminalised. He was accused of illegal detentions with aggravated robbery and arrested in 2018. Caal Xol was convicted and sentenced to seven years and four months in prison.

In a public letter sent to Guatemala’s Attorney General, Amnesty International expressed its concern about irregularities and negligence in the criminal proceedings against Bernardo Caal Xol. According to the organisation’s analysis, there is no evidence supporting accusations against the defender. This indicates that he is being detained solely because of his views and work, an injustice that coincides with a wider pattern of criminalisation against those defending the land and environment in Guatemala, as documented by Amnesty International and other human rights organisations.

In July 2020, civil society organisation Global Witness published a report on the climate crisis and threats against land and environmental defenders worldwide. The paper showed that over two-thirds of killings of these defenders registered in 2019 took place in Latin America. Guatemala placed 6th on the list of countries with the most killings, with 12 land and environment defenders assassinated in 2019. The report also found that Indigenous peoples face a disproportionate risk, and that criminalisation and smear campaigns against defenders can leave communities more vulnerable to attack.

On 7th July 2020, Guatemala’s Congressional human rights commission decided to summon ombudsperson Jordán Rodas to a plenary session, to hold him accountable for his work and the actions taken during his tenure. Among the reasons cited for the summons were the office’s support of LGBTI+ rights and materials on sexual and reproductive rights. On 22nd July 2020, Human Rights Watch warned of the risk that Rodas faces of being dismissed because of his work, noting that Congress has tried to remove him twice before – once in 2018 for participating in a peaceful feminist protest, and again in 2019 for allegedly failing to comply with the Access to Public Information law. José Miguel Vivanco, Americas director at Human Rights Watch, said these attempts to remove the top human rights authority for doing their job are alarming:

“Dismissing ombudsperson Rodas for showing a commitment to protect the rights of minorities and women would be a serious setback for Guatemala.”

In Ixcán, Quiché department, journalists covering the COVID-19 health emergency have faced restrictions. On 27th July 2020, the director of public hospital Centro de Atención Integral Materno Infantil (CAIMI) reportedly tried to obstruct journalistic work and accused the press of violating the privacy of COVID-19 patients. The journalists were reporting on the conditions at the hospital, following denunciations from health workers of unsanitary conditions and lack of staff, supplies and personal protection equipment. Local media reported that many health workers at the centre were working while presenting coronavirus symptoms. Two days later, on 29th July 2020, Prensa Comunitaria reported that military officers told reporters to stop filming near the hospital and to leave the public area.

On 23rd June 2020, journalist Juan Carlos Botón of Ajkunel Radio was reportedly attacked by members of the military in Cunén, Quiché department. As reported by Prensa Comunitaria, Botón was attacked after he took photos and filmed officers patrolling without protective masks. Noticing that they were being filmed, officers forced the journalist to delete the material and assaulted him.