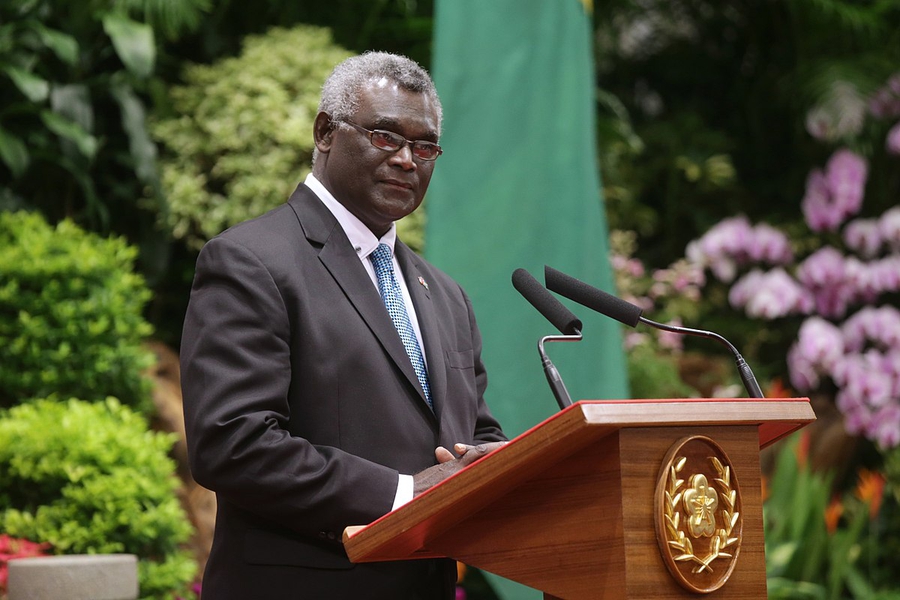 Operation of civil society groups affected by threat to investigate them

According to local sources, the move to investigate civil society organisations in the Solomon Islands by the government has affected the operation of many CSO's. Chairman of Development Services Exchange (DSE), Inia Barry said that since the news was reported, there has been no direct communication from the government, which is affecting their work.

"We want a clear indication of where the case is and what is their next step. The tension between government and CSO's has affected our work. We want to work freely and want government to provide us with a progress to the case, if any.”

As previously documented, the office of the Prime Minister in Solomon Islands has called for an investigation into a number of civil society groups for calling on the Prime Minister to step down. It has accused the groups of operating illegally and failing to register under the Charitable Trust Act.

The move came after the CSOs through the Development Service Exchange (DSE) - a national NGO umbrella body in the Solomon Islands - submitted a petition in early October 2019 demanding Prime Minister Manasseh Sogavare step down. The petition was due to a decision by the Cabinet on 16th September 2019 to end its longstanding ties with Taiwan and take up diplomatic relations with Beijing without any public consultation.

Minister to decide on bauxite mine opposed by local communities

In December 2019, human rights group Amnesty International urged the Solomon Islands Minister of the Environment to conduct face-to-face consultations with local communities on Wagina Island to hear their concerns before deciding the fate of a proposed open-cast bauxite mine there.

The Minister was expected to decide soon whether to uphold a March 2019 Environmental Advisory Committee (EAC) decision that overturned the mining licence, after residents raised fears it could impact livelihoods on the island.

“The Solomon Islands government must ensure that all affected communities are genuinely and meaningfully consulted about this proposal. The Minister should sit down with local communities on Wagina Island and hear their concerns.”

Wagina Island is a remote island of approximately 80 square kilometres in north-west Choiseul Province. Its residents are originally from Kiribati, having been relocated in the early 1960s by the British colonial administration. Estimated at around 2,000 people, they live by subsistence farming, fishing and seaweed farming.

According to Amnesty International, in 2013, the Ministry of the Environment granted a Solomon Islands-registered company, Solomon Bauxite Limited (SBL), a permit to mine bauxite on Wagina Island. The following year, Wagina residents opposed the mine in the country’s High Court, which issued a stay of proceedings so that the case could be heard by the EAC.

In March 2019, the EAC overturned the Ministry of Environment’s consent for the mine. The EAC found that the Environmental Impact Statement (EIS) for the proposed mine – which is required under national law – had insufficient information to assess the impacts of the proposed mine, and that the legislative procedures for public consultation and publication of the EIS were not followed. SBL has appealed the EAC’s decision to the Minister of the Environment. At the time of writing no decision had been made by the Minister.

On 10th December 2019, Solomon Islands commemorated International Anti-corruption Day under the theme: ‘United Against Corruption’, with hundreds of people from all walks of life participating in a march through Mendana Highway, as a show of solidarity against corruption.

There was a large turnout of representatives from civil society, government agencies, the private sector and other members of the public. The march began from the car park of the Honiara City Council and concluded at the National Museum Auditorium where there were speakers and panel discussions on the theme of the day.

At the event the Solomon Islands Prime Minister, Manasseh Sogavare officially announced the inaugural Chairperson and members of the newly established Solomon Islands Independent Commission Against Corruption (SIICAC). He also stated that “as your Prime Minister, with the support of my Cabinet, we are committed to combat and rid our country of this malignant culture”.

However, despite this, in January 2020, Transparency Solomon Islands reported that the country had dropped two points in the 2019 Corruption Perceptions Index. In 2018, Solomon Islands climbed to 44 points on the scale - from 39 the year before - due to the passage of anti-corruption and whistleblower legislation. However, as not much has been done to implement the laws, in the latest index the country dropped to 42.

Ruth Liloqula from Transparency International Solomon Islands cited corruption and vote buying around the elections, the restrictions on civil society and allegations of bribes around the shift of diplomatic relations from Taiwan to China as reasons for the drop.