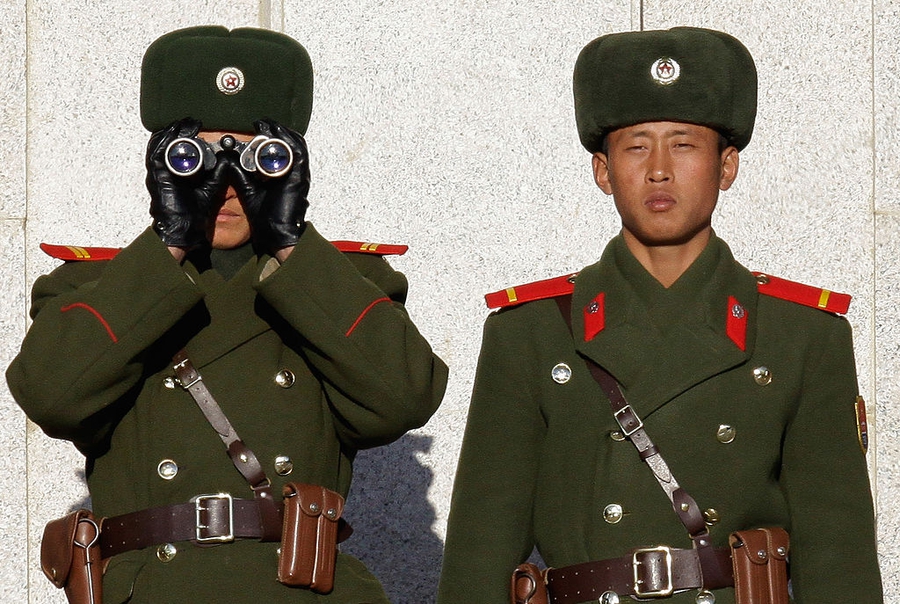 North Korea is one of the world’s most repressive states, where civic space is ‘closed’. The government restricts all civil and political liberties for its citizens, including freedom of expression, peaceful assembly, association and religion. It prohibits all organised political opposition, independent media, civil society and trade unions.

In May 2019, a report published by the UN Human Rights Office highlighted how the public distribution system in North Korea has been broken for over two decades. Based on 214 first-hand accounts of escapees gathered by UN Human Rights staff in South Korea in 2017 and 2018, the report describes ‘how the most fundamental rights of ordinary people in North Korea are widely violated because of economic mismanagement and endemic corruption’. The report recommends drastic reforms, including ‘reviewing the criminal code and other relevant legislation to end prosecutions for engaging in legitimate market activities, and to respect the right to freedom of movement within the country and across its borders’.

In June 2019, The Transitional Justice Working Group (TJWG), based in Seoul, reported it had identified hundreds of sites where witnesses say ‘North Korea carried out public executions and extrajudicial state killings as part of an arbitrary and aggressive use of the death penalty designed to intimidate its citizens’.

In August 2019, UN Secretary-General António Guterres issued a report to the UN General Assembly which found that that ‘prisoners in North Korea who tried to escape or steal have been publicly executed, and detainees have been subject to sexual violence and severely beaten with clubs and metal rods’. The report said that ‘guards make detainees undress and repeatedly subject them to body searches for money and concealed items’.

In recent months there have been reports of crackdown on international phone calls and on foreign media content by the North Korean security services.

According to a report by Daily NK on 12th July 2019, North Korean security services are cracking down on international phone calls in the Sino-North Korean border region. Many of those targeted are ordinary citizens. Previously the North Korean Ministry of State Security (MSS) agents used mobile phone radio locators to identify suspected homes for raids and punish international callers. However, a source in the Ryanggang Province revealed that security service agents have diversified their approaches which now include stakeouts and raids. Many believe that the reason for the increasing crackdown is to extract money. Most of those who were arrested for making international calls were asked to pay bribes of 4,000 to 10,000 Chinese Yuan (550 to 1400 USD).

On 8th July 2019, it was reported that an elderly couple who live in Hyesan, Ryanggang Province was arrested for making a call to China and were interrogated for over a month. The couple was forcibly removed from their house and state security agents allowed the family of a discharged soldier to move into their place and live in their home.

As agents increasingly conduct surveillance over ordinary citizens’ mobile phone records domestically and internationally, more and more North Koreans are using iPhones to avoid surveillance. They are learning to send text messages through the Apple messaging app iMessage which are encrypted.

Ordinary North Koreans, however, are not freely permitted to own or use iPhones. The North Korean authorities consider them the “enemy’s products” by which residents can be influenced by ‘anti-Socialist’ culture.

According to media reports in June 2019, special units are cracking down on North Koreans watching South Korean drama and movies in the Hyesan, Ryanggang Province. The agents involved in these raids are called ‘Group 109’ which, as previously documented, conducts regular censorship on external media.

A source in North Korea reported that ‘anyone over the age of 14 will be sent to correctional labour camps’ and agents demand bribes of 1,000 to 2,000 Yuan (140 to 280 USD) when citizens are caught watching South Korean drama or any foreign media content. Furthermore, a source in Hyesan, Ryanggang Province revealed that the state authorities, in early July 2019, conducted a “public disclosure rally,” organised by Group 109. At the rally, attended by around 500 middle school students and ordinary citizens, state officials publicly condemned and denounced 16 people, including 10 middle school students, for watching South Korean media content. They were arrested immediately after the rally for further interrogation.

In a June 2019 report by Tomás Ojea Quintana, the Special Rapporteur on the situation of human rights in the Democratic People’s Republic of Korea, he reported that ‘newspapers, radio, TV and the internet are completely controlled by the Government, in particular by the Propaganda and Agitation Department of the Workers’ Party of Korea’.