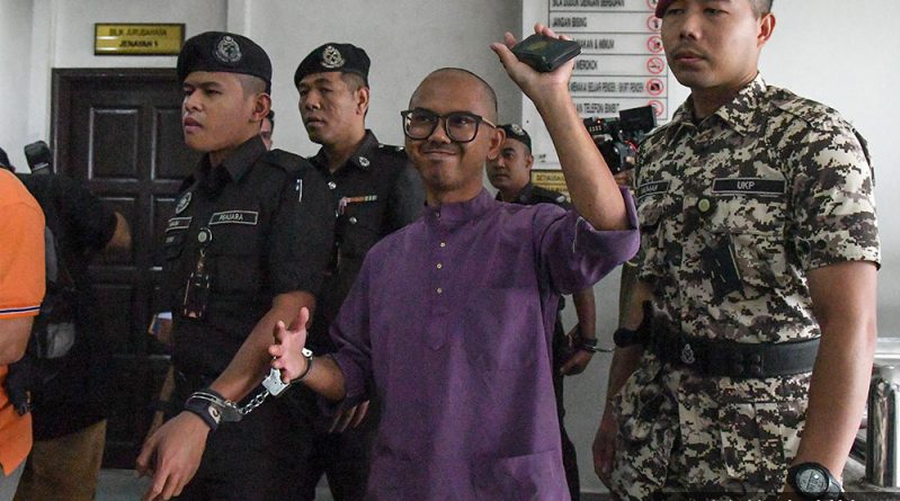 More than a year since the electoral victory of the Pakatan Harapan coalition in May 2018, reforms of repressive legislation restricting fundamental freedoms have progressed extremely slowly. While steps have been taken to establish a self-governing media council and some positive amendments to the Peaceful Assembly Act 2012, the government has not followed through on commitments in its campaign manifesto to repeal or review repressive legislation, including the Sedition Act 1948, Communications and Multimedia Act 1998 and the Printing Presses and Publications Act 1984.

Further, there has been a lack of transparency in legislative and institutional reform processes. The decision by authorities to place the report of the Institutional Reform Committee under the Official Secrets Act (OSA), preventing its release to the public, underscores these concerns.

In recent months, there has been a continued use of defamation laws by the police and courts to arrest, prosecute and uphold sentences. Revisions to the Peaceful Assembly Act 2012 still falls short of international laws and standards while the police intelligence unit has been linked to the enforced disappearance of two individuals.

On 19th July 2019, preacher Wan Ji Wan Husin’s conviction under the repressive Sedition Act was upheld by the High Court and his sentence increased from nine months to a year.. Wan Ji was convicted in April 2018 for making remarks that were found to be seditious against the Sultan of Selangor in Facebook posts in 2012.

Several civil society organisations slammed the verdict. They stated that this goes against the promise made by the Attorney-General that there would not be any more selective prosecutions under the new government. The organisations stated that:

“The continued use and existence of the Sedition Act…violates the right to freedom of expression under international human rights law. This also casts further doubts on the Pakatan Harapan government’s reform credentials and calls into question the government’s sincerity toward a more democratic Malaysia.”

Previously in May 2019, Minister in the Prime Minister’s Department Liew Vui Keong announced that the Sedition Act will be either be repealed or replaced with a new law, or its provisions placed under the Penal Code. He said the repeal of the Sedition Act would allow for more freedom of expression in the country and would be tabled in 2019.

In July 2019, activist and artist Fahmi Reza failed in his bid to set aside his conviction for uploading a clown caricature image of former prime minister Datuk Seri Najib Razak on his Facebook account in 2016 and criticising him for his involvement in a corruption scandal involving billions of dollars. The appeal was struck off in a unanimous decision by a three-member Court of Appeal bench.

As previously documented, Fahmi Reza was convicted and sentenced to a month’s jail and fined RM30,000 (USD 7,600) in February 2018. He was prosecuted under Section 233(1)(a) of the Communications and Multimedia Act which has been systematically misused to criminalise online criticism or satire against the government.

As previously documented, the authorities have been arresting and prosecuting individuals for online social media postings, critical of religion and the monarchy. This pattern has continued over the last few months:

Activist Haris Ibrahim is facing a possible jail sentence for seditious remarks made during speeches in 2013. In 2016, the courts had sentenced the activist to eight months in jail. Haris appealed against the ruling and in April 2018 the High Court substituted Haris's jail term with a fine of RM4,000 (USD 1,000). However, the Attorney-General is seeking to quash the High Court ruling.

On 14th July 2019, the Lembah Pantai division of the opposition United Malays National Organisation (UMNO) removed non ethnic Malay journalists covering its annual general meeting in Petaling Jaya. According to Gerakan Media Merdeka (Geramm) the orders were given on the basis that the event was a ‘Malay conference’ and that only ethnic Malays were allowed to cover the launch of the event. Non-Malay reporters and photographers were asked to leave the event right before it began.

GERAMM said that the move not only obstructed freedom of the press but was also a form of racial discrimination. They added:

“We oppose any form of restriction against the media, unless on a reasonable basis, such as concerning security. All media has equal rights to gain access to news sources regardless of their background.”

The International Federation of Journalists (IFJ) also condemned these actions saying that the UMNO party "cannot select which journalists can and can’t cover their meetings on the basis of race”.

On 23th July 2019, three indigenous people from the Temiar community were arrested during a police operation to take down a blockade by the community, near a logging site in Kampung Sungai Papan, in Perak State. The three arrested are Johari Aleuj, Pam Yeek and Shukri Man. The three were detained for two days by the Gerik magistrate’s court following their arrests. They are being investigated under under Section 341 of the Penal Code for ‘wrongful restraint’ of others.

According to human rights group Centre for Orang Asli Concerns (COAC), the Temiar community have been battling loggers in Kampung Sungai Papan over allegations the latter are encroaching on their native customary land (NCR). The community erected a blockade to keep the loggers at bay. However, the Perak state government insisted that they have the right to grant logging permits for the area. The arrests took place while the police reportedly assisted the loggers to take down the blockade.

On 4th July 2019, the lower house of the parliament passed amendments to the Peaceful Assembly Act (PAA) 2012 which regulates public assemblies and protests. Some of the positive amendments to the law include the removal of provisions that make street protests a crime and shortening the notification period to the police of a peaceful assembly or street protest from ten days to seven days before the event.

While welcoming these positive steps, civil society groups raised concerns that the law still falls short of international human rights law and standards, and that there was a lack of transparency and adequate consultation with all relevant stakeholders, especially civil society organisations, in the process of drafting revisions to the law.

CIVICUS and national human rights group Pusat Komas highlighted that the PAA ‘still lacks provisions to allow an exception to the notice requirement for spontaneous assemblies, where it is not practicable to give advance notice’. Further, the two groups urged the authorities ‘to ensure that prior notification must not be used to stifle freedom of peaceful assembly in practice but to enable the authorities to meet their duty to facilitate the assembly’. The National Human Rights Commission of Malaysia (SUHAKAM) also pointed out that a landmark verdict in 2014 (Nik Nazmi vs Public Prosecutor) had declared as unconstitutional.Section 9(5) of the PAA, a provision that penalises organisers of peaceful assemblies with a fine of up to RM10,000 if they fail to provide the requisite 10 days’ notice.

Other areas of concern include the fact that the PAA continues to make it an offence for individuals under 21 years old to organise an assembly, and for children to attend, which is inconsistent with Article 15 of the Convention on the Rights of the Child (CRC), of which Malaysia is a signatory. The law also continues to deny non-citizens the right to organise or participate in protests.. Human Rights Watch also noted that the proposed amendments fail to eliminate the various criminal penalties provided in the law.

“Malaysia’s current government came into office promising to abolish all draconian provisions of the Peaceful Assembly Act and earn global respect for the country’s human rights record…To achieve this, the government needs to revise the assembly bill to remove all criminal penalties, allow spontaneous protests, and permit children and non-citizens to peacefully protest without fear of prosecution”.

On 22nd March 2019, at least seven students from the University of Malaya (UM) who staged a peaceful protest against former Prime Minister Najib Tun Razak were harassed and attacked by Najib’s supporters. The students were demonstrating across the street from a restaurant near the university where Najib was speaking. The students were holding placards that read “Najib is shameless” and “Where is the RM2.6bil?”, as well as a big cut-out of a caricature of the former premier as a clown. The attackers also threatened with violence two journalists who were reporting the incident.

National human rights groups strongly condemned the attack and called upon the authorities “to act swiftly by investigating this incident and bring those involved to justice”. On 28th March, four people involved in the attack were were charged with intent to cause hurt under Section 323 of the Penal Code for voluntarily causing hurt.

On 3rd April 2019, after an extensive public inquiry, the National Human Rights Commission of Malaysia (SUHAKAM) concluded that the abductions of Amri Che Mat and Raymond Koh were both cases of enforced disappearances carried out by state agents, namely the Special Branch or the police intelligence unit.

Christian pastor and social worker Raymond Koh was abducted on the morning of 13th February 2017 in Petaling Jaya, Selangor State while Amri Che Mat, founder of local community NGO Perlis Hope, was abducted on the night of 24th November 2016 in Kangar, Perlis State. Their fate and whereabouts are still unknown.

Commenting on the findings, Sevan Doraisamy, SUARAM Executive Director and member of the Citizen Action Group on Enforced Disappearance (CAGED), said that:

“After the SUHAKAM’s damning conclusion, the government can no longer bury its head in the sand. An independent and impartial investigation into the Special Branch’s involvement in the enforced disappearances of Amri Che Mat and Raymond Koh must be immediately undertaken in order to determine their fate or whereabouts.”

On 24th May 2019, the government announced it will set up a special taskforce to investigate the Human Rights Commission's claim of police involvement in the disappearance of the two men. The taskforce would then recommend appropriate action to be taken. Members of the task force were named on 26th June 2019 by Home Minister Muhyiddin Yassin.