Transitional Government Formed Amidst Ongoing Tensions and Restrictions on Freedom of Speech. more 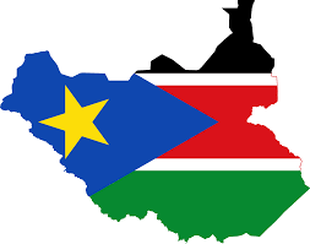 President Salva Kiir dissolves the parliament in accordance with the Revitalized Agreement on the Resolution of the Conflict in the Republic of South Sudan (R-ARCSS), signed in 2018; two aid workers from Doctors with Africa CUAMM were killed in an ambush while delivering food relief in Lake State; Youth leaders arrested for protesting the dumping of waste by Dar Petroleum Operating Company (DPOC) in their town; National Security Service (NSS) raided CSO event; Journalists detained and assaulted by police officers

On 9th May 2021, President Salva Kiir dissolved the parliament in accordance with the Revitalized Agreement on the Resolution of the Conflict in the Republic of South Sudan (R-ARCSS), signed in 2018. The move will open a process leading up to the reconstitution of the Parliament. The new assembly will be composed of 550 legislators from opposing sides of the country’s civil war, including 332 from the ruling Sudan People’s Liberation Movement (SPLM) party. The parliamentarians will be nominated by different parties, not elected.

South Sudan, ECHO humanitarian SitRep
On 7 June, two aid workers working for Doctors with Africa (CUAMM) were killed in an ambush in Yirol West, Lakes. The clearly marked humanitarian vehicle was part of a convoy returning from a health facility.
Four hum…https://t.co/B5gjHpqz0t

On 8th June 2021, two aid workers from Doctors with Africa CUAMM were killed in an ambush while delivering food relief in Lake State. The UN condemned the murders and called on the government to investigate and bring the perpetrators to justice.

“Four aid workers have been killed in the last month alone. I fear that continued attacks on humanitarians and the consequent suspension of activities will have a serious impact on humanitarian operations in South Sudan.”

According to the United Nations, at least 128 humanitarian workers have been killed while undertaking their work in the country since 2013.

On 12th June 2021, the Melut County commissioner ordered the arrest of seven youth leaders, namely Thon Beny, Kur Aguek, Dhieu John, Santino Doki, Jok Nun, Naywai Jok and Adau, for protesting the dumping of waste by Dar Petroleum Operating Company (DPOC) in their town, and failure by the company to provide clean water and road repairs as required by law. Protesters surrounded the local government offices demanding that the youth leaders be released on 15th June 2021.

Separately, on 17th July 2021, South Sudan Civil Society Forum (SSCSF) held an event to discuss the constitutional history of South Sudan. The National Security Service (NSS) raided the event, confiscated the banners and ordered its immediate cancellation. The NSS claimed the event was cancelled because “only parliament is authorised to discuss the constitution.” SSCSF released a statement condemning the cancellation of the event. The letter criticised the NSS for violating citizens’ right to freedom of opinion and expression, association and assembly.

On 19th June 2021, four Good News Radio media personnel, including its director, were assaulted by police officers while visiting a detained artist. The artist’s arrest is allegedly linked to an unreleased song that condemns police brutality. The four media personnel were reportedly tortured and later released but the artist remained in detention.

In a statement was signed by the organisation’s Lakes State Coordinator, Daniel Lat Kon, the Community Empowerment organization (CEPO) said in part:

“CEPO has learned that three Radio Good News staff including Station Director Marial Deng and an artist have become victims of police brutality in Lakes State. The police Operation accused Radio Good News music production studio [of allowing] an artist to compose a song that condemns police brutality on civilians…Police can't continue with such intimidation on innocent people in the state… “Police are not supposed to intimidate or torture citizen[s]; their role is to provide protection of life and properties. We call upon the Lakes State Government headed by Acting Governor Hon. Poth Madit to quickly intervene. [The] police must be held accountable for their actions against civilians.”

In a separate incident, on 5th July 2021, the NSS arrested Alfred Angasi, a radio presenter at the state-owned South Sudan Broadcasting Corporation (SSBC). Angasi was detained at NSS’s headquarters in Juba, which is known as the “Blue House,” for two weeks without charge and without access to his lawyer and family. According to the President of the Union of Journalists of South Sudan, Patrick Oyet, Angasi was arrested for refusing to read a news broadcast following a presidential announcement on 3rd July 2021. NSS officers told the union they were investigating the journalist’s motive for refusing to read the news. On 24th July 2021, Angasi was released, but family members remain concerned about his health condition which declined while in detention because he was unable to take his medication. He was previously diagnosed with tuberculosis.

Although Article 25 of South Sudan’s Transitional Constitution guarantees the freedom of association, and although the purpose of the new transitional government is to ‘restore peace, security and stability’, people who operate civil society organisations do so in extremely difficult conditions.

Although Article 25 of South Sudan’s Transitional Constitution guarantees the freedom of association, and although the purpose of the new transitional government is to ‘restore peace, security and stability’, people who operate civil society organisations do so in extremely difficult conditions. At an operational level, CSOs face the threat of violent attack from both government forces and rebel groups, and the threat of arrest and torture from the state. In December 2015, 13 civil society members were arrested in Wau, accused of being allies of rebel groups and bringing public dishonour to the state government. It was reported that at least three of them were ill-treated or tortured. In many parts of the country, human rights defenders, even those working for the promotion of peace, are repeatedly beaten, attacked, harassed, intimidated and threatened by the National Security Services (NSS). Human rights defenders cooperating with the UN Human Rights Council have also faced intimidation and harassment. Procedurally, the formation of CSOs is governed by the NGO Act of 2003. CSOs must be approved by both the Ministry of Justice and the Relief & Rehabilitation Centre in Juba. CSOs may also be required to register with sub-national bodies. A restrictive new NGO bill approved by parliament in February 2016 empowers the government to monitor the work of civil society organisations, who must get approval to undertake any activities not specifically mentioned in their registration certificate and they face severe penalties for any breach of the new rules. The bill also limits to 20% the number of foreigners each NGO may employ, potentially hampering the work of international aid agencies operating in South Sudan.

During the recent civil war, protest was virtually impossible and the right to peaceful assembly enshrined in the Transitional Constitution was effectively suspended.

During the recent civil war, protest was virtually impossible and the right to peaceful assembly enshrined in the Transitional Constitution was effectively suspended. People who gather in public to promote any cause run the risk of deadly attacks by security services and rebel forces alike. Although some protests do occur, violence is common and the authorities frequently use excessive force to disperse crowds. A number of civil society activists were targeted in 2015 for protesting against a lack of protection at a local market. Instead of responding to their concerns, the authorities arrested the protestors. Previously, in December 2012, more than 25 protestors in Wau were reportedly killed by the South Sudan Armed Forces. From 2015, the state also made use of the National Security Service Act that gives intelligence officers broad powers to arrest, search and detain citizens.

The right to free expression is regularly and seriously violated in South Sudan, as the state aggressively denies citizens and the media the ability to impart and receive information and opinions.

The right to free expression is regularly and seriously violated in South Sudan, as the state aggressively denies citizens and the media the ability to impart and receive information and opinions. Numerous newspapers and radio stations have been shut down by the authorities, who have also seized the print runs of newspapers on several occasions when inconvenient stories are published. The situation worsened after the outbreak of civil war in December 2013 as the state and rebel factions sought to quell any reporting that might shine a light on atrocities and human rights abuses being committed by them. In August 2015, President Salva Kiir threatened to kill journalists who report negatively on the country. Individual journalists faced huge risks for reporting on the conflict as many were threatened, kidnapped, tortured, suffered forced disappearances or were killed; many others were forced to live in exile. This treatment of journalists continues even with the signing of a peace accord. In March 2016, journalist and editor of El Tabeer newspaper Joseph Afandi was abducted and later found with severe burns and torture marks on his body. Two months earlier he was held by the intelligence body for criticising the ruling party for failing to protect civilians. In these circumstances, people in South Sudan struggle to gain access to fact-based and impartial reporting. Internet penetration remains low in South Sudan, with just one in seven people online as of 2014.