Namibians take to the streets in separate protests more 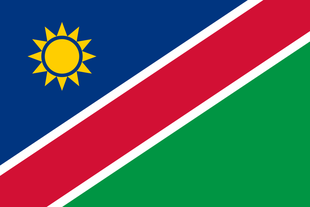 According to the most recent Amnesty International Report 2021/22, the excessive use of force against civilians by security officers in Namibia dramatically increased. In April 2021, Germond Eiseb, a person with a disability, was assaulted and arrested, together with her sister-in-law, by a police officer for violating COVID-19 regulations. A video of the assault was circulated on various social media platforms, and this prompted residents in Khorixas to hold a peaceful demonstration against police brutality.

Namibia’s High Court ruled that it could not require that the marriages of two same-sex couples be granted legal recognition, as they were concluded outside the country.

Daniel Digashu and Johan Potgieter had married in South Africa, and Anette Seiler-Lilles and Anita Seiler-Lilles married in Germany. However, both couples now live in Namibia. The two couples had gone to court for relief after their respective non-Namibian spouses were unable to obtain residency and work permits due to refusal by authorities to recognise the same-sex marriages. They argued that the word “spouse” in Namibian immigration law should be interpreted to include same-sex couples, or the clause be declared unconstitutional, where such an interpretation is not possible.

The Hight Court recognised that this was discrimination based on sexual orientation which was not permissible under domestic and international law. Despite this progressive pronouncement, the court however conceded that it was constrained and legally bound by a previous Supreme Court judgment, which held that same-sex relationships are not legal in Namibia and that the right to family as entrenched in Article 14 of the Constitution did not include same-sex marriage relationships. The High Court held that only the Supreme Court can correct itself.

The couples are likely to appeal the decision of the High Court to the Supreme Court of Namibia, the highest court in the judicial system of the country.

On 12th November 2021, the Namibian High Court delivered a judgment in favour of Mercedez von Cloete who had sued the Minister of Safety and Security. The Court awarded von Cloete N$50,000 (approximately $3,358) in damages, after her unlawful arrest and assault by a plain-clothes police officer, Constable Kavari. According to court records, the police officer threw von Cloete into a police vehicle, punching and kicking her, and insulting her with queerphobic slurs like ‘moffie’, specifically telling her: ‘‘I am going to teach you a lesson you f###ing moffie, I will put you in jail tonight.’

This is the second major High Court victory for the LGBTQI+ community in Namibia. In a separate judgment that was handed down on 13th October 2021, the High Court ruled that two-and-a-half-year-old Yona Delgado-Lühl – born via surrogacy in South Africa to same-sex couple Namibian Phillip Lühl and his Mexican husband, Guillermo Delgado – is entitled to Namibian citizenship by descent. It also found that unlawful discrimination against Namibians because of their sexual orientation violates the country’s Constitution, which guarantees equality for all citizens. However, Namibia’s Ministry of Home Affairs, Immigration, Safety and Security announced the government’s intention to appeal the ruling in the country’s Supreme Court.

Chapter 3 of the Constitution upholds the right of association. This right is largely realised, including for trade unions, although the government is sensitive about the expression of political and human rights dissent by civil society and has threatened and harassed CSOs on occasion.

Chapter 3 of the Constitution upholds the right of association. This right is largely realised, including for trade unions, although the government is sensitive about the expression of political and human rights dissent by civil society and has threatened and harassed CSOs on occasion. In 2016, the Vice Chairperson of the Caprivi Concerned Group reportedly received threats and sought asylum in Botswana; there is a history of intimidation towards Caprivi separatists. Trade unions remain close to the ruling party but have developed more critical distance recently.Civil society has expressed concern about the 2012 Combating and Prevention of Terrorist Activities Act, which contains broad and vague provisions that could be used to restrict human rights. Further, the Research, Science and Technology Act, which came into force in 2011, requires a permit for any research, and as this is defined in very broad terms, could potentially constrain advocacy-oriented research. A Civic Organisations Partnership Policy, produced by the government in 2005, was largely rejected by CSOs on the basis that they did not have input in its development.

Chapter 3 of the Constitution also recognises the freedom of assembly. This is generally upheld, although workers in parts of the public sector deemed essential have no right to take strike action.

Chapter 3 of the Constitution also recognises the freedom of assembly. This is generally upheld, although workers in parts of the public sector deemed essential have no right to take strike action. A spontaneous demonstration in 2014 against the mayor of Windhoek’s attempt to sell state land at far below its market rate to members of his circle attracted 14,000 people and forced the government to act.

The freedom of expression is recognised in Chapter 3 of the Constitution. Namibia ranks higher on media freedom indices than most African states, and a media ombudsman office has been in existence since 2009 and acts independently of the government.

The freedom of expression is recognised in Chapter 3 of the Constitution. Namibia ranks higher on media freedom indices than most African states, and a media ombudsman office has been in existence since 2009 and acts independently of the government. The state broadcaster depends financially on the government and tend to express government viewpoints, although there are also some programmes where people are given a chance to share other opinions, and the government-funded newspaper New Era also covers critical material.The government occasionally reacts angrily to criticism and makes threats; this may lead to self-censorship. A number of privately-owned newspapers are critical of the government. There are no restrictions on internet access and growing use of social media to express dissent, although limited internet infrastructure remains a challenge.A decade-long ban on government advertising in The Namibian, the leading English language daily newspaper, was lifted in 2011.Defamation remains a criminal offence.There is no access to information law, although civil society has campaigned for this and the government has committed to introducing one. In general, there is a tendency towards secrecy. Under the 2009 Communications Act, state intelligence services can monitor internet usage without requiring judicial approval, while some apartheid-era secrecy laws remain on the books.