CSOs appeal for a healthy relationship with the new government more 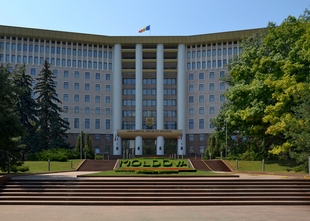 On 16th May 2022, members of the Party of Socialists of the Republic of Moldova (PSRM) protested against the National Bank of Moldova (NBM) in relation to rising inflation. The protests came after the NBM governor, Octavian Armașu, announced that inflation in the country had reached a high of 22.2%. The situation has been compounded by the developments in the war in Ukraine, with Moldova being one of the most affected countries in the region.

During the protest in front of the Bank’s headquarters, several dozen supporters of the Socialists chanted "Stop inflation!" and "Price stability!" and criticised Octavian Armașu's leadership of the institution.

More protests related to the cost of living followed weeks later in Chisinau and Comrat, after political parties organised protests in early June 2022 and July 2022 against the rising energy prices and the rising cost of goods and services in the country. These protests add to the spate of protests reported in the country against rising inflation and increased cost of living occasioned by increasing gas prices across the globe, as previously reported.

In separate and unrelated developments, on 9th May 2022, the Socialist Party and the Communist Party organised a march to celebrate the day of the Great Victory, dedicated to the Second World War. During the demonstration, participants wore the St. George ribbon, a symbol of the Russian Federation's military aggression against Ukraine, which is prohibited by law.

On 24th May 2022, Socialist Party members called on supporters to join a protest after authorities entered and searched the home of former President Igor Dodon earlier that day and detained him for 72 hours. The former President is accused of corruption, accepting the financing of the political party by a criminal organisation, treason and illicit enrichment. Separate protests against the searches and Dodon’s detention were held in front of the Parliament building and at Dodon’s home by his supporters who said that the searches were politically motivated. According to reports, several altercations took place during the protests between supporters and critics of Igor Dodon.

On 19th June 2022, the LGBTQI+ community organised the Moldova Pride March in Bucharest Street at the intersection with Ismail street, as a new addition to the Pride festival. Earlier, in late May 2022, the mayor of Chisinau, Ion Ceban, had announced that he would ban the march after an appeal by the Metropolitan Church of Moldova. The march however proceeded despite some challenges. On the day of the March, several people gathered in front of the monument of Stephen the Great and Saint to protest against the Pride march chanting slogans such as "Stop the spread of homosexuality."

On 24th February 2022, after the war broke out in Ukraine and a state of emergency declared in Moldova, the Intelligence and Security Service blocked several websites that published misinformation, justified the war or promoted false information. Among them were the portals of the Sputnik Agency and several sites owned by Iurie Roșca, a former politician. Shortly afterwards, members of the parliamentary majority initiated discussions around legislation to regulate propaganda and misinformation in the country.

On 7th April 2022, amendments to draft law 123 of 04/05/22 which sought to define “misinformation", "false information" and "information that affects the security of the public informational space", adjust administrative and contravention sanctions and establish other legal standards were voted in by parliament in the first reading. While noting the seriousness of disinformation in society, civil society organisation Promo-LEX Association, however cautioned against hastiness by parliament in making the legislative changes without first analysing the risks and consequences of the limitations to be introduced, the powers granted by the amendments and the attendant consequences in case of non-compliance.