SLAPP - a threat to free speech and the press more 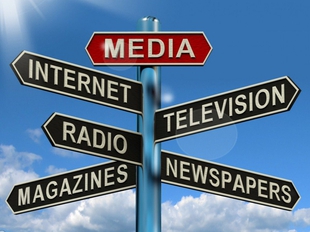 SLAPP - a threat to free speech and the press

SLAPPs have been used against journalists and media outlets in Malta. A draft bill to protect media from SLAPPs was tabled this year.

Malta is considered 'free', according to Freedom House's 2020 Freedom in the World report. Over the past few years, however, there have been several incidents of concern, including threats to freedom of expression and the press through the use of SLAPPs, as detailed in the section on 'Expression' below. Most damaging of all on the country's human rights record has been the 2017 assassination of investigative journalist Daphne Caruana Galizia.

This time last year, the courageous people of Malta were on the streets demanding truth, justice, and accountability. Their peaceful protests forced some political resignations - but so far real accountability is lacking. Yet still they persevere. https://t.co/i5x3l0wZAx

Since Caruana Galizia's murder in 2017, there have been numerous public gatherings and demonstrations calling for an end to corruption among public authorities, which the journalist had investigated, and for a full and transparent inquiry into the journalist's killing. For the most part, these peaceful gatherings have been free from police and political interference.

The protests have been primarily organised by civil society groups and press freedom advocates. Some demonstrators called for Prime Minister Joseph Muscat and other government officials' resignation due to fallout over their response and investigation into the murder. Muscat relinquished his position in early 2020 and has been summoned to a court hearing on Caruana Galizia's case.

Press freedom watchdogs have drawn attention to freedom of expression issues in Malta as well as the situation for journalists.

In 2019, several organisations expressed concern over intimidation of journalists, namely in two incidents: 1) when journalists were momentarily blocked from leaving the Office of the Prime Minister and 2) when security officers tried to confiscate a Times of Malta journalist's phone during a session of parliament the journalist was covering.

Strategic Lawsuits against Public Participation (SLAPP) have been used to silence critics and pressure media in Malta and other European countries. The Commissioner for Human Rights at the Council of Europe (CoE) issued a recent statement of concern over SLAPPs in CoE countries, stating that:

"When investigative journalist Daphne Caruana Galizia was murdered, she was already facing over 40 civil and criminal defamation suits in Malta. Some of these lawsuits have continued posthumously against her family".

The Shift - an independent online investigative news source in Malta - has reported several other issues of SLAPP lawsuits threatening freedom of expression and the press:

In February 2020, Malta's parliament postponed its decision on an anti-SLAPP draft bill that had been submitted by the Nationalist Party (PN) in an effort to provide more legal protection for journalists. In its statement, the PN declared:

“We want litigation to be used as a tool to fight against the attacks on people’s rights to speak about and know about corruption. Maltese journalists need the highest kind of protection and legislators have a duty to see that this happens".

The Monitor was unable to determine the current status of the anti-SLAPP draft legislation.