Protests as former president is charged, improvement in freedom of expression recorded by csos more 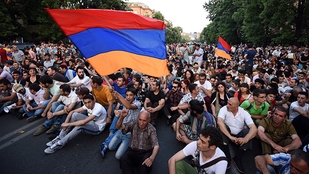 Platform for transparency of state grants launched in Armenia

In 2021, a new platform was launched in Armenia to ensure the transparency of the allocation of funds from state resources for grants and other state aid. The experts who worked on the platform's development took into account several recommendations received from civil society, including the suggestion to allow the online submission of project proposals and timely publication of information on grant projects in a central place. Following these proposals, several mechanisms to ensure transparency in the allocation of grants from the state budget have been implemented. The documents for accessing these resources have been standardised, providing a level playing field for all those who want to access these funds to support their activities. According to CSO Meter however, being in its infancy, the platform cannot yet provide conclusive data on its effectiveness.

On 16th February 2022, several protests against the situation in Nagorno Karabakh erupted in Yerevan. One of these took place in front of the U.N. Armenian Office. Several people protested against the destruction of the Armenian heritage in Nagorno Karabakh. According to protesters, the Azerbaijani authorities, who took control of the region after the autumn 2020 war, have taken steps to destroy the historical and cultural monuments built by ethnic Armenians. Protesters call the process a "cultural genocide", citing a temporary decision by the Hague Tribunal in December 2021 which urged the parties not to destroy cultural heritage.

Another protest took place on 22nd February 2022, when a meeting between lawmakers from E.U. member states and the Eastern Partnership took place in Yerevan. The meeting was included on the agenda of Euronest - the Parliamentary Assembly of the Eastern Partnership - and was attended by two Azerbaijani officials. It was their presence in Armenia that sparked the protests.

Currently, the dispute around the demarcation of the borders between the two countries has continued. The Azerbaijani side insists that this be done as soon as possible, while some Armenian political actors say this conflict is still considered "unresolved".

Armenian protesters have called for justice for "Artsakh" (the Armenian name for the Nagorno Karabakh region).

In separate developments, on 27th February 2022, another protest organised by the Embassy of Ukraine in Armenia took place in the Armenian capital. The protest was sparked by Russia’s invasion of Ukraine on 24th February 2022.

New report on freedom of expression in Armenia

In January 2022,the Committee to Protect Freedom of Expression published an annual report on freedom of expression in Armenia for 2021. Although there are positive trends, the report points out specific issues that have not been addressed that hinder media activity. According to the report, during the year, 225 violations against journalists and media rights were documented; 18 cases of use of force against journalists were reported; while 108 cases of pressure against the media and staff members were also documented; 99 cases of violations to the right to information were registered; while 61 cases against journalists were also filed in court on accusations of slander and insult. This phenomenon intensified after legislative changes were adopted in March 2021 to increase fines for defamation cases, as previously reported on the Monitor.