The EU adopts important benchmarks, as repression continues in Turkmenistan

This report reviews the protection of freedom of expression, association and peaceful assembly in Turkmenistan from the end of December 2018 to the end of March 2019. International Partnership for Human Rights (IPHR) and Turkmen Initiative for Human Rights (TIHR) have prepared it for the CIVICUS Monitor. Read more

This update covers developments relating to the protection of freedom of expression, association and assembly in Turkmenistan from October to December 2018. International Partnership for Human Rights (IPHR) and Turkmen Initiative for Human Rights (TIHR) have prepared it for the CIVICUS Monitor based on TIHR’s monitoring of the situation in the Central Asian country. Read more

Turkmenistan: The state restricts fundamental rights to cover up crisis

As the serious economic crisis continues in Turkmenistan, the authorities try to cover up its impact by rigidly controlling state media, preventing citizens from accessing foreign sources of information and intimidating those who dare to speak out. Read more

Turkmenistan: Release of journalist does not signal any improvement

While there has been some recent progress on human rights in neighbouring Uzbekistan, the situation in Turkmenistan remains essentially unchanged and fundamental freedoms continue to be seriously curtailed in the context of the ongoing economic crisis. Read more

Maintaining the status quo: continued oppression and injustice in Turkmenistan

In Freedom House's Freedom in the World 2018 survey, Turkmenistan was again included among the “worst of the worst” countries in the world with respect to political and civil freedoms. Read more 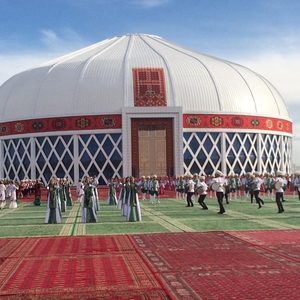 No end to repression after the Asian Games

Turkmenistan hosted the fifth Asian Indoor and Martial Arts Games, or the so-called Asiada, in its capital Ashgabat from 17th to 27th September 2017. In the context of these games, which took place against the backdrop of a serious economic crisis in Turkmenistan, the government further stepped up measures to stifle criticism and prevent the dissemination of information challenging government propaganda. Read more 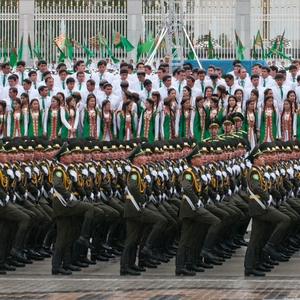 CIVICUS Monitor research partner - International Partnership for Human Rights (IPHR) - has added its voice to those of the Turkmen Initiative for Human Rights (TIHR), the Rights and Freedoms of the Citizens of Turkmenistan and Memorial Human Rights Centre in calling on the government to end its persecution of activists and their family members, many of whom remain in the country. Read more

Planning for and organising the Asiada has also resulted in a new array of arbitrary restrictions and violations of the rights of citizens. Among others, the authorities have limited the freedom of movement for residents of the capital, imposed an informal curfew, carried out raids, deported internal migrant workers from Ashgabat, introduced new restrictions on travel abroad, and demolished houses and evicted residents without the due legal safeguards and as part of government construction projects. Furthermore, state censorship has been reinforced in the context of the Asiada, critical voices have been subjected to renewed pressure, and state employees and students have been forcefully mobilised to participate in or attend Asiada ceremonies. Read more 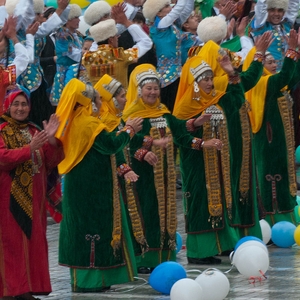 Rights violations abound ahead of the Asiada Games

Within the context of the upcoming, high-profile sports games, the regime has increased its control over citizens and its curtailment of their basic rights Read more 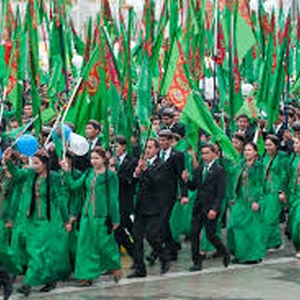