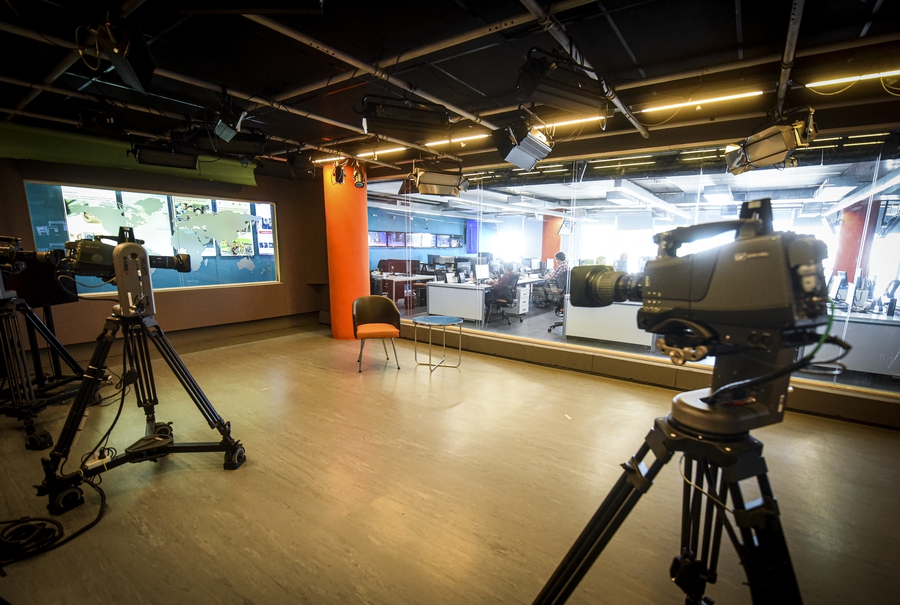 Threats and harassment against journalists

On 6th May 2022, three journalists working in Rosario, Santa Fe were threatened by a member of a criminal network linked to narcotrafficking. Lorena Verdún, widow of the former leader of the network Los Monos, wrote a letter accusing journalists of being responsible for deaths and corruption in the city. Verdún, who is serving time in prison, referred to journalists Germán de los Santos with La Nación and Aire de Santa Fe; Roberto Caferra of Radio Mitre and Radio Dos; and Hernán Lascano of the daily La Capital. Foro de Periodismo Argentino (Argentinian Journalism Forum - FOPEA) expressed its solidarity with the journalists and called on the government of Santa Fe to provide security protections for them. FOPEA said the letter intended to intimidate the journalists amid growing violence in the city of Rosario and urged the authorities to safeguard freedom of the press in the province.

On 11th May 2022, journalist Nerea Hernando was insulted and harassed by the relatives of three men on trial for gang rape in Buruyacú, Tucumán. Hernando, who was covering the trial for Tucumán Despierta, was waiting outside the courthouse to report on the men’s sentencing and their transfer to prison. According to her statement, about 30 people related to the men were also waiting, when some approached her and began to insult and threaten her, including threats of rape. The journalist said that there were police officers nearby but they did little to stop the harassment. Instead, Hernando said the officers questioned what she was doing and what media outlet she worked for. They reportedly suggested that she leave “to avoid escalating things further”. Because of the police inaction, Hernando decided to leave the premises. According to FOPEA, this was not the first complaint of harassment of journalists at Tucumán courthouses. The organisation called on the provincial authorities to ensure the safety of journalists covering sensitive judicial proceedings.

In a separate incident in Tucumán, on 25th May 2022 journalist Ezequiel Toledo was harassed by supporters of a former public official after taking photos of that official for a report. Toledo, who is a local correspondent for Los Primeros TV, had photographed José López, former National Secretary of Public Works, who was convicted of corruption and released on parole. The next day, three people showed up at the reporter’s family home in Concepción and asked to speak to him. Because of their threatening tone, Toledo refused to open the gate. The group then began to bang on the gate, threatening to kill him and demanding that Los Primeros TV take down photos of López from its website. The group left when they noticed the journalist was calling the police.

In another incident on 8th June 2022, journalists Julieta González and Leonardo Fernández Acosta with Radio Parque were harassed and attacked by supporters of a local councillor as the reporters attempted to cover a meeting of the Deliberative Council in Formosa. According to Asociación de Entidades Periodísticas Argentinas (Association of Argentine Journalistic Entities - ADEPA), a group of people accompanying local councillor Hugo García blocked González when she attempted to approach him, then began to insult and physically attack her. The reporter was pushed to the ground and her mobile phone was damaged in the assault.

At the end of May 2022, news outlets reported that far-right congressman Javier Milei had filed lawsuits against five journalists over their comments regarding controversial statements he had made in an interview in June 2021. At the time, Milei said that libertarians were “morally, aesthetically superior”. The journalists had written different opinion articles criticising these and other expressions used by the politician.

Milei’s complaints seek about $5 million Argentine pesos (US$38,800) in compensation from journalists Pablo Duggan, Fabián Doman, Paulo Vilouta, Débora Plager and Martín Candalaft for alleged “moral damages”. FOPEA expressed concern over the lawsuits, saying that this type of legal action is a form of intimidation and could lead to self-censorship among journalists. Freedom of expression advocates Fundación LED underscored that similar such cases against journalists are ongoing and said:

“These types of lawsuits against journalists create an increasingly fragile scenario for the exercise of political rights of citizens and journalists, and constitute a degradation of freedoms, especially freedom of expression and opinion”.

On 5th June 2022, a court in La Rioja ordered a raid in the house of journalist Manuela Calvo for “disobedience” of a court order that prevents her from reporting on an investigation into a case of child abuse. Calvo said that her all her work materials were seized by police during the raid.

Calvo, who is also a member of the feminist collective Ni Una Menos La Rioja, had included the case known by the pseudonym Arcoiris (Rainbow) in a documentary and other work she is producing. Earlier in the year, the child’s mother and various feminist organisations in the province warned that, despite the ongoing investigation into abuse allegations against the paternal grandfather, the child was forced to continue visits at her father’s family house. After Calvo reported on this, the provincial courts ordered her to stop speaking out about the case.

The journalist clarified that she had not disobeyed the court order, had refrained from publishing the documentary and other work, and has even had to delete former Twitter posts she had made in relation to the case. The Human Rights Secretary of La Rioja said the raid was “imprudent and disproportionate, affecting the constitutional right to freedom of expression and protection of sources for the exercise of journalism”. The country’s Ombudsperson’s office also expressed concern over these violations of the freedom of expression.

In May 2022, press associations condemned a bill presented by Salta provincial Senator Héctor Miguel Calabró to create a professional association for social communicators with compulsory registration for those working in the provincial jurisdiction. The senator claimed that the law aims to address job insecurity in the profession, thus guaranteeing labour rights for media workers.

However, spokespeople from press organisations said the bill did not address these issues and would ultimately limit communicators’ work. Those without registration, for instance, would be prevented from exercising their communications work in the province’s media. ADEPA published a statement recalling Advisory Opinion No. 5/85 of the Inter-American Court of Human Rights, which explained that compulsory membership of journalists, insofar as it prevents access to the full use of the media as a vehicle for expressing oneself or transmitting information, is incompatible with Article 13 of the American Convention on Human Rights. In June 2022, the bill was rejected by a provincial Senate commission.

On 2nd May 2022, police stopped Indigenous campesino protesters from the Tonokoté community of Punitayoj, in Bandera Bajada, who had blocked a provincial road in Santiago del Estero. The protesters demanded the release of campesino Felipe Suárez, who was detained on 28th April 2022 after resisting an eviction. Angélica Serrano, a leader of the Yacu Muchuna community in Santiago del Estero, told Página 12 that some protesters were beaten by police and provincial security agents, who also used tear gas “in a violent way”. Police detained Lucas Tedesco, a member of Unión de Trabajadores de la Tierra (Union of Land Workers) who was there to support the demonstration. He was released two days later.

Land and Indigenous rights defenders from Santiago del Estero have mobilised to demand freedom for Suárez, denouncing that his detention is part of a wider context of criminalisation. The Indigenous community faces threats of eviction because of a dispute with a businessman who allegedly intends to develop mining on the land. Three other local community leaders have reportedly been criminalised.

On 5th May 2022, a protest by waste collection workers was repressed by the Buenos Aires city police. The workers, members of a recycling cooperative within the Movement of Excluded Workers, were demonstrating to demand a negotiation with the city’s environmental authorities on better salaries and improved labour rights. 13 people, inlcuding eight men and five women, were detained. The police claimed that the protesters had attacked them with rocks when they tried to disperse the protest in order to clear the road for vehicles.

On 3rd June 2022, feminist organisations and collectives marched across Argentina in the 7th Ni Una Menos (Not one [woman] less) march against gender-based violence. In front of the Congress in Buenos Aires, members of the organisation Atravesados por el Femicidio who had lost relatives to femicide placed 150 shoes on the ground to represent the victims. Thousands marched through one of the capital’s key avenues holding photos of victims and banners with messages such as “we want us alive”.

According to news reports, about 20 women were under investigation in San Luis for allegedly taking part in vandalism during the march there. Some of the women who protested were also threatened on social media over spray painting on public buildings.

Protests over hunger and social demands

On 24th May 2022, members of the Central Workers’ Union of Argentina (CTA Autónoma), the National Campesino Federation (FNC), and various social movements marched across Buenos Aires against the International Monetary Fund (IMF) and in defence of a wide range of social and economic demands. The demonstrators said fiscal policies imposed by the IMF are destabilising and called on the government to “expel” the international financial institution. Similar marches were organised in other cities such as Rosario and Santa Fe.

On 9th June 2022, social organisations staged a mass protest in the city of Buenos Aires, marching toward the Ministry of Social Development. The demonstration was convened by Unidad Piquetera, a coalition made up of several social organisations, trade unions, and political parties. They protested against hunger and falling wages. Organisations also demanded more relief policies to help the country’s most vulnerable and to address the growing poverty in Argentina. There were some reports of minor clashes, with the police using tear gas to disperse protesters near the bridge Puente Pueyrredón.

On 22nd June 2022, truck drivers blocked highways to protest fuel shortages and rising prices for diesel fuel. The national truck drivers’ union UNTRA, one of the strike’s organisers, petitioned the government to ensure what it described as proportional and reasonable diesel fuel prices.