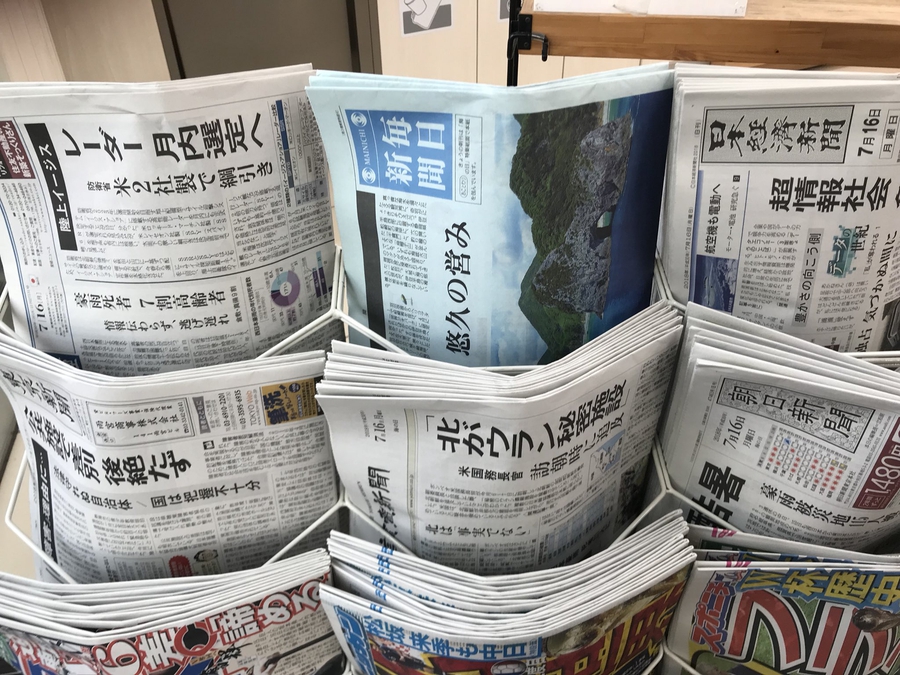 The state of civic space in Japan is rated as ‘narrowed’ by the CIVICUS Monitor. In recent months, there has been a drop in the country's press freedom rankings issued by Reporters Without Borders (RSF). There also have been ongoing protests by Okinawans against the US bases, by women’s rights activists for improvements in gender equality and by LGBTQI+ groups for the Tokyo Rainbow Pride parade and to address discrimination against them.

On 3rd May 2022, Reporters Without Borders (RSF) published its World Press Freedom Index which saw Japan drop from 67th place to 71st place, out of 180 countries. According to RSF, the authorities “generally respect the principles of media freedom and pluralism, although tradition and business interests often prevent journalists from completely fulfilling their role as watchdogs”.

The group said that the system of ‘kisha clubs’ (reporters’ clubs), which only allows established news organisations to access government events and to interview officials, induces journalists into self-censorship and represents blatant discrimination against freelancers and foreign reporters. Further, a vague regulation enacted in 2021 restricts the public, including journalists, from accessing certain areas near defence facilities and infrastructure deemed of “national security interest”.

RSF said that the government has refused to amend a law protecting “Specially-Designated Secrets,” which punishes the publishing of information obtained “illegally” with up to ten years in prison.

He is Okinawan and it’s not only Jinshiro Motoyama; most Okinawans are not happy about celebrating the 50th anniversary of Okinawa’s return to Japan.
Japan, which continues to exploit Okinawa by allowing US presence and involvement, is not our homeland. https://t.co/KBQFiQzeJ8

On 9th May 2022, in Tokyo, Jinshiro Motoyama started a hunger strike demanding an end to US bases in Okinawa. Motoyama placed a banner outside the office of Japan’s prime minister, sat on a folding chair and stopped eating. It was a dramatic gesture, but the 30-year-old activist believes desperate measures are needed to end the long US military presence in his birthplace, Okinawa.

The debate over the US military footprint is dominated by the future of Futenma, a US marine corps airbase located in the middle of a densely populated city which is being relocated to an offshore location in Henoko, a fishing village in the remote northern half of the main Okinawan island. Critics say the Henoko base will destroy the area’s delicate marine ecosystem and threaten the safety of about 2,000 residents living near the site.

In 2019, Motoyama helped organise a non-binding 2019 prefecture-wide referendum where more than 70 percent of voters opposed the move. He has accused the Japanese government of ignoring the democratic will of the Okinawan people.

Okinawa on Sunday marked 50 years since its reversion to Japan from U.S. rule as residents' frustrations continue over a weak local economy and the ever-present U.S. military bases despite decades of protest. https://t.co/MMA3ucdNXv

15th May 2022 marked the 50th anniversary of Okinawa’s return to Japan after 27 years of American rule. Protests were held across the island, including one in the prefectural capital of Naha, where nearly 1,000 people renewed their demands for peace.

As previously documented, protests against the US military bases in Okinawa have been ongoing for several decades. The US has about 26,000 troops spread over several bases on the island, including some in densely populated areas. The anti-base movement is motivated by pollution and noise associated with the bases, alongside violence perpetrated by US base personnel against Okinawans. Some have been arrested and criminalised for their protests.

People took to the streets across Japan on 8th March 2022 to celebrate International Women's Day, while many of this year's marches also called for peace following the Russian invasion of Ukraine.

Women's March Tokyo has been held since 2017, organised by a committee of residents involved in gender equality initiatives. According to the committee, some 300 people joined this year's rally in the capital's Shibuya Ward.

Sumire Hamada, a 37-year-old committee member, told the Mainichi Shimbun, "Even when people use the gender equality slogan, there is still a gender gap in pay and other aspects of life, and the situation has become worse during the coronavirus pandemic. We want politicians and those with power to make a serious effort on these issues."

The Nagoya rally was held by women's support group Safety Net Aichi of Women (SNAW) under this year's theme of "We are here!" Representative Hazuki Fujiwara explained, "The coronavirus pandemic is taking a direct toll on women and is driving them into a corner both economically and mentally. The underlying cause is (gender) disparity."

Women’s participation is still low across many of Japan's 47 prefectures, particularly in politics and management, while pay equality also continues to lag, according to a study by The Asahi Shimbun. The results also showed women were particularly underrepresented in politics nationwide, accounting for 10.6 percent of all prefectural assembly members.

The World Economic Forum listed Japan 120th out of the 156 nations covered on its global gender equality ranking in 2021.

On 24th April 2022, about 2,000 LGBTQI+ people and their supporters walked through the streets of the capital as Tokyo Rainbow Pride returned in person for the first time in three years. The event was held online in 2020 and 2021 due to the COVID-19 pandemic.

Participants wearing rainbow-colored masks, T-shirts and raincoats paraded in the drizzling rain. They held up placards and banners saying, “We want to be a family legally,” and “I want to have more options in the future.”

As previously documented, LGBTQI+ people still face discrimination at home with their families, at work, in education and in access to health services. Although Japan does not legally recognise same-sex marriage at the national level, local governments, including the Shibuya and Setagaya wards of Tokyo, have taken steps to recognise same-sex partnerships. Other prefectures are taking similar measures.

The Sapporo District Court said in March 2021 that denying same-sex marriages is unconstitutional. The court was the first in Japan to hand down such a ruling.

On 12th May 2022, it was reported that Tokyo, Japan’s capital, has announced it will start recognising same-sex partnerships to ease the burdens faced by residents in their daily lives, but the unions will not be considered legal marriages. The Tokyo metropolitan government unveiled a draft plan on Tuesday to accept registrations starting in October from sexual-minority couples seeking certificates of their partnerships. Same-sex couples are often barred from renting apartments together and from hospital visits and other services available to married couples. The Tokyo government said applicants will be limited to adult residents of the capital but will include foreign nationals.

Rights groups had pushed for the passage of an equality act ahead of last summer’s Tokyo Olympics, when international attention fell on Japan, but the bill was quashed by Prime Minister Fumio Kishida’s conservative governing party.