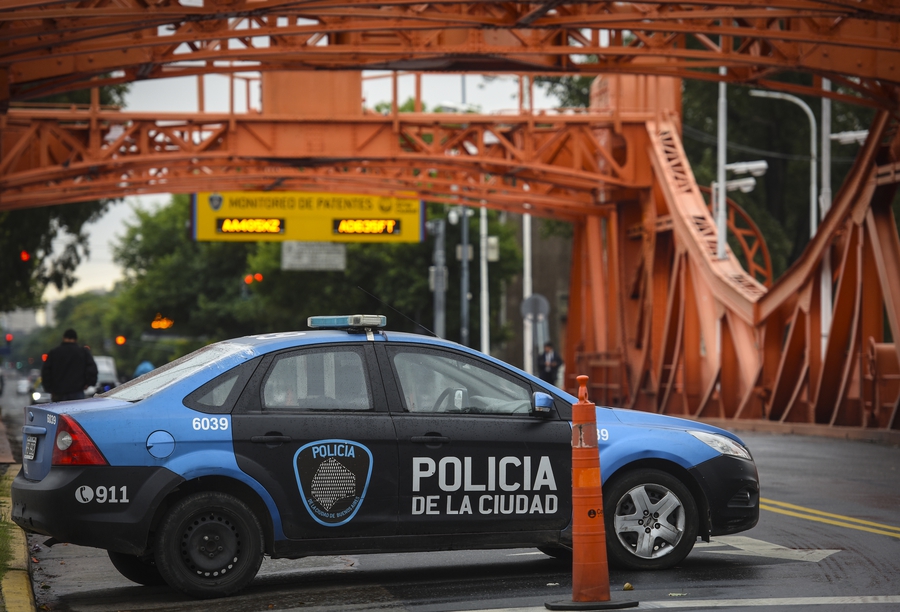 Protesters clash with the police

'No to the IMF': thousands protest in Argentina against debt deal https://t.co/fZ2RXyllHk pic.twitter.com/NZ1klHfFnY

As previously reported on the CIVICUS Monitor, in December 2021 and early months of 2022 protesters took to the streets in Argentina against negotiations between the government and the International Monetary Fund (IMF) to restructure the country’s debt. A new agreement was announced in January 2022, and demonstrations continued as the details of the deal were finalised.

On 8th February 2022, thousands marched through the streets of Buenos Aires carrying banners saying “no to paying the IMF” and “no to an IMF deal.” On 10th March 2022, protesters decrying the agreement clashed with the Buenos Aires police near the parliament building, where the deal was under discussion by legislators. The incident involved a group of mostly hooded protesters throwing stones at the Congress building and police guarding the area. Police forces responded with rubber bullets, and officers on motorbikes dispersed the protest. At least one protester was detained and three police officers were injured.

Memory March returns to the streets after two years

On 24th March 2022, tens of thousands marched to Buenos Aires’ Plaza de Mayo to commemorate 46 years of the coup d’état that established a dictatorship responsible for tens of thousands of disappearances, exiles and executions. Demonstrators demanded memory, truth and justice, chanting slogans such as “never again.” The yearly mobilisation had had to move online in 2020 and 2021 due to the COVID-19 pandemic.

Press association Foro de Periodismo Argentino (Argentina’s Journalism Forum - FOPEA) condemned remarks by Ricardo Quintela, governor of La Rioja province, suggesting that journalism should be limited by authorities. In an interview with El Destape Radio on 22nd March 2022, Quintela accused some journalists of lying and generating discontent in society. He said that those in government have the responsibility to “put certain limits” on what he called aggressions by “nefarious communicators.” In a statement, FOPEA warned that Quintela’s remarks “reveal a serious disregard for the constitutional framework and are dangerous to the free exercise of journalism.”

On 10th March 2022, journalist Jimena Villar with digital media outlet Chivilcoy Al Día said she felt threatened and harassed by Chivilcoy’s mayor and other municipal officials. According to Villar, the harassment began after she questioned the mayor’s response to a complaint by a local teacher, who had criticised the conditions of local rural roads after a heavy storm. Mayor Guillermo Britos responded with a press conference and with posts on social media, where he said these complaints came from “haters” or people acting in bad faith.

Villar then published a note questioning this behaviour and defending residents’ rights to make such complaints. Afterward, supporters and members of the mayor’s party began harassing her personally. A local authority published a photograph showing her mother’s car parked in front of her place of work. Councilwoman Florencia Valvoli also accused her of being partisan and “talking nonsense.” The harassment led her to file a complaint with the Women’s Police Station.

On 29th March 2022, the FOPEA published a statement expressing concern about the terms used by Béliz to speak about the issue and warned that “the ambiguity of the official announcement may lead to regulations that intimidate free speech and censor those who express criticism or differing opinions in any media outlet.” The group also argued that such initiatives entail a clear risk to freedom of expression and the plurality of ideas.

However, despite criticism of Béliz’s remarks, other freedom of expression advocates have pushed for dialogue on social media content moderation and regulation in Argentina, with some arguing that “public, democratic and balanced regulation” can protect fundamental rights online.

On 12th April 2022, a judge in the city of Buenos Aires ordered the suspension of the capital city’s facial recognition system because it allowed access to the biometric data of millions of people without a search warrant. A system implemented in 2019 to support police searches for fugitives was used to obtain biometric data from political, social and trade union leaders, members of the judiciary, business people and journalists, news outlets reported. Among those affected is the leader of human rights organisation Abuelas de Plaza de Mayo (Grandmothers of the Plaza de Mayo), Estela Carlotto.

The court ruling resulted from an amparo action filed by civil society organisation Observatorio de Derecho Informático Argentino (Argentina’s Observatory of IT Rights - ODIA) on the constitutionality and conventionality of the norms that implemented the facial recognition system.

Grain transporters in Argentina launched a strike to demand an increase in the tariffs for their services. The mobilisation convened by the Federación de Transportadores Argentinos (Federation of Argentine Transporters - Fetra) began on 11th April 2022, demanding an increase in freight rates due to the increase in the fuel price and the lack of fuel to supply some parts of the country which drove many to the informal market. Following negotiations with the government and agribusiness sector representatives, the strike was suspended on 14th April 2022.