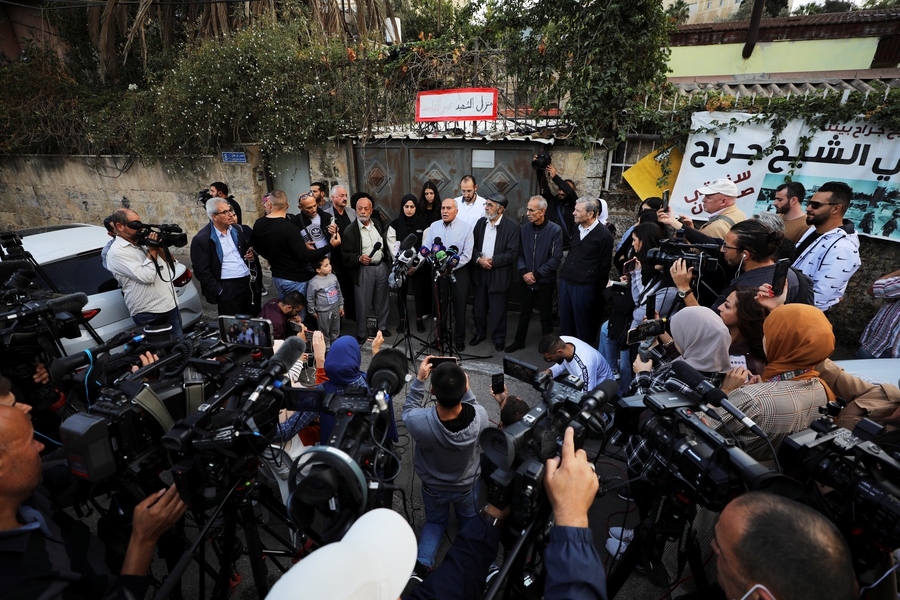 On 1st February 2022 Amnesty International released a report entitled ‘Israel’s Apartheid against Palestinians: Cruel System of Domination and Crime against Humanity’. The report sets out “how massive seizures of Palestinian land and property, unlawful killings, forcible transfer, drastic movement restrictions, and the denial of nationality and citizenship to Palestinians are all components of a system which amounts to apartheid under international law”.

“Our report reveals the true extent of Israel’s apartheid regime. Whether they live in Gaza, East Jerusalem and the rest of the West Bank, or Israel itself, Palestinians are treated as an inferior racial group and systematically deprived of their rights. We found that Israel’s cruel policies of segregation, dispossession and exclusion across all territories under its control clearly amount to apartheid. The international community has an obligation to act,” Agnès Callamard, Amnesty International’s Secretary General.

Now that you have seen our official report on Israel’s apartheid over Palestinians, we wanted set the record straight on some of the most frequently asked questions. In case you have been hearing different things online & want to know more. https://t.co/pnVs3MQmMF

The Independent Commission for Human Rights (ICHR) welcomed the report and noted that these facts require that the ICC consider the crime of apartheid in the context of current investigations into the occupied Palestinian territory. It stated that the ICC should also exercise universal jurisdiction over persons reasonably suspected of committing the crime of apartheid under international iaw.

On 7th November 2021, they were also declared unlawful in the occupied territory under the Emergency (Defence) Regulations of 1945. The six CSOs are: Addameer Prisoner Support and Human Rights Association; Al Haq; Defense for Children International – Palestine; Union of Agricultural Work Committees; Bisan Center for Research and Development; and the Union of Palestinian Women’s Committees.

On 3rd February 2022, as reported by Addameer, these CSOs filed a procedural objection to the Military Commander of the Occupied Palestinian Territory (OPT) in the West Bank, against the declaration of the groups as "unlawful associations" under the 1945 Emergency (Defence) Regulations.

In her statement reactin to these developments, UN High Commissioner for Human Rights, Michelle Bachelet, said:

"Without adequate substantive evidence, these decisions appear arbitrary, and further erode the civic and humanitarian space in the occupied Palestinian territory. They can therefore legitimately be viewed as an attack on human rights defenders, on the rights to freedoms of association, opinion and expression, and on the right to public participation. This pattern of pressure on civil society groups – notably those who work to document and defend Palestinians' human rights – has existed for many years. Israel's continuous policy of restricting the space for legitimate activities of civil society is inconsistent with its obligations under international human rights law. It also threatens to limit further the space for peaceful dialogue".

The Israeli occupation authorities' decision to classify six Palestinian CSOs as terrorist organisations continues to have negative repercussions on many civil society organisations in Palestine and has contributed to hesitation in funding them.

For example, during November and December 2021, some Palestinian banks operating in Gaza provinces suspended and froze dozens of bank accounts belonging to Palestinian associations and CSOs for not accrediting their boards of directors with the Interior Ministry in Ramallah. The procedure affected more than 80 institutions, which hampered the organisations' financial transactions and placed them in a challenging position with donors and partners, particularly on the issue of remittances as a result of account closures.

As a result of these developments, access to funding and donors’ decisions has been critical. In this context, the Dutch government decided to end funding to the Union of Agricultural Work Committees (UAWC) which is a member of the Palestinian Non-Governmental Organisations Network (PNGO). In a statement the UAWC said:

“With this fateful decision, the Dutch government is not just abandoning UAWC, but Palestinian civil society at large. This is the first time a government ends its funding for Palestinian civil society based on political conditionality. By doing so, the Netherlands tarnishes its reputation as a reliable donor and its status of a value-based country that hosts and promotes international law.”

Standing in solidarity with UAWC, PNGO issued a statement calling on civil society and solidarity groups world-wide to join and amplify their protest, including by sending protest letters to the Dutch Foreign Ministry.

UN High Commissioner for Human Rights Michelle Bachelet has noted that her office received credible reports that the notorious 'Pegasus' spyware had been installed on the mobile phones of six human rights defenders, which included some staff of the six designated organisations. The discovery was made by Frontline Defenders, with both the Citizen Lab and Amnesty International’s Security Lab independently confirming FLD’s analysis. The people hacked include: HRD Ghassan Halaika, from Al-Haq; Ubai Al-Aboudi, the executive director of Bisan Center for Research and Development; and Salah Hammouri, a lawyer and field researcher at Addameer Prisoner Support and Human Rights Association.

A statement issued by ten human rights groups, including Human Rights Watch, called for accountability for NSO group and governments using the spyware.

“Surveillance of Palestinian human rights defenders violates their right to privacy, undermines their freedom of expression and association, and threatens their personal security and lives. It not only affects those directly targeted, but also has a chilling effect on advocates or journalists who may self-censor out of fear of potential surveillance.”

In this context, the January 2022 report of 7amleh – the Arab Center for the Advancement of Social Media documents the digital rights violations against Palestinians and pro-Palestinian advocates online. The report, in its seventh edition, shows the continuation and escalation in Israel’s violations of Palestinian digital rights. According to the report, use of surveillance technologies significantly increased, evident in the proposal of an Israeli law to allow the use of facial-recognition cameras in public spaces. Similarly, a former Israeli officer revealed organised efforts to spy on Palestinian phone calls, indicating the Israeli authorities’ ability to access all calls conducted between Palestinians. The report documented 1,033 violations of Palestinian digital rights on social media platforms.

On 10th January 2022, Birzeit University was stormed by undercover Israeli occupation forces who opened heavy fire and arrested and injured a number of university students, including the heads of student blocs. Four students arrested are active members of student unions. Several organisations condemned this incident. ICHR considers this behaviour as a flagrant violation against the Palestinian academic and cultural institutions, which also comes in the context of systematic targeting of student activities and peaceful activism at Palestinian universities. PNGO also called for immediate international intervention to provide protection for the Palestinian people as well as for Palestinian academic and cultural institutions.

A reported previously on the Monitor, last year families who have been living in the Sheikh Jarrah neighbourhood in East Jerusalem since the 1950s where threatened with eviction, sparking protests. Further protests took place on 18th February 2022, with Israeli border police charging protesters on horseback after they refused to clear the road.

In December, a total of 12 violations by Israeli occupation forces were documented by the Palestinian Center for Development and Media Freedoms (MADA).The Israeli violations ranked highest in terms of number of violations, type, and danger to media freedoms, as most of the violations occurred during journalists’ coverage of the confrontations that took place in different areas of the West Bank between Palestinian citizens, settlers and the occupation forces, after one settler was killed and two others injured near “Homesh” settlement, between Nablus and Jenin in December 2021.

Violations against journalists included physical attacks and detentions. In one case documented by MADA at the beginning of December 2021, the Tik Tok account of the Qastal network, which covers Jerusalem news, was permanently deleted, upon review, for publishing content which violated its standards. At the end of December the account was temporarily banned after the network had submitted a request to review the decision.

Additionally, in January 2022, journalist Abdulrahman Thahir was sentenced to three months in prison by a magistrate’s court in the West Bank city of Nablus for defaming authorities. Thahir, who is appealing his sentence, produces satirical TV programmes focusing on political and social issues for outlets including the Jordanian broadcaster Roya TV and the U.K. broadcaster Al-Araby TV. Additionally, he has 35,000 followers on Facebook where he frequently provides commentary on local issues.

“A Palestinian court’s sentencing of Abdulrahman Thahir on vague defamation charges is disappointing, and shows that authorities will do anything they can to silence and harass independent voices. Palestinian authorities should not contest Thahir’s appeal, and should cease filing spurious charges against members of the press,” said CPJ Senior Middle East and North Africa Researcher Justin Shilad.

Separately, on 26 December 2021,an Israeli military judge confirmed six months’ administrative detention against retired Palestinian lawyer Bashir El-Khairy, following the judicial review of a administrative detention order first issued on 7th December 2021. Israeli occupation forces detained Bashir El-Khairy on 29th October 2021 at his home in the Ein Munjid neighborhood of the occupied West Bank city of Ramallah and took him to the Ofer military base. El-Khairy’s detention was renewed multiple times before that, after “arbitrary and dated charges” were filed against him in mid-November, according to the prisoners’ rights group Addameer.