Worrying number of attacks on the press by Querdenker demonstrators 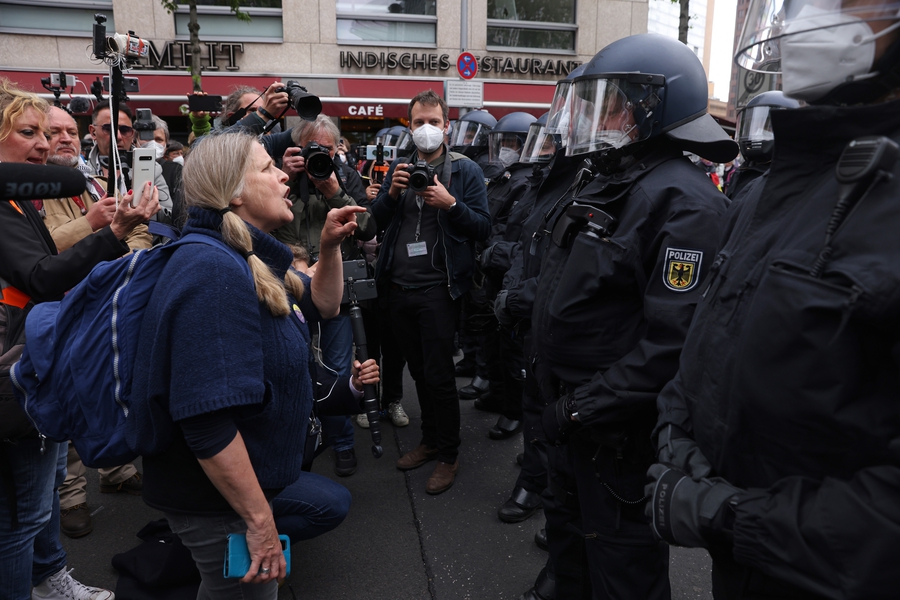 Following the newly introduced COVID-19 measures to tackle the spread of the Omicron variant in Germany, which include vaccination for children and the possibility that vaccination will become compulsory in the country, thousands have protested across Germany during the month of December 2021. Following the increasing number of demonstrations and rising tensions, police decided to shut down every protest organised by the “lateral thinkers” movement in Saxony, where the group is very strong and where some of their demonstrations in the past months turned violent.

On 8th January 2022, around 15 protesters from the environmentalist group Extinction Rebellion gathered in Bergerdorf. Their action of civil disobedience consisted of blocking the traffic on the B5 by walking for some minutes in the street while holding banners. While they were blocking the road, a person driving a Land Rover suddenly drove towards the protesters, approaching one of the banners. The two activists holding the banner were able to jump aside just in time and avoid being hit by the car. One of the two was reportedly injured in the shoulder but was able to continue demonstrating later. The driver drove off undeterred. The police did not intervene in time and the driver managed to flee. However, the police took the licence plate number of the car and began an investigation into "dangerous interference in road traffic and bodily harm".

On 24th January 2022, a civil disobedience protest was staged by activists from the Last Generation Uprising, who are calling for a food-saving law and an agricultural turnaround as part of tackling the climate crisis. The group reports that 25 people were arrested at various blockades.

Several attacks on journalists were documented during Querdenker demonstrations against COVID-19 measures.