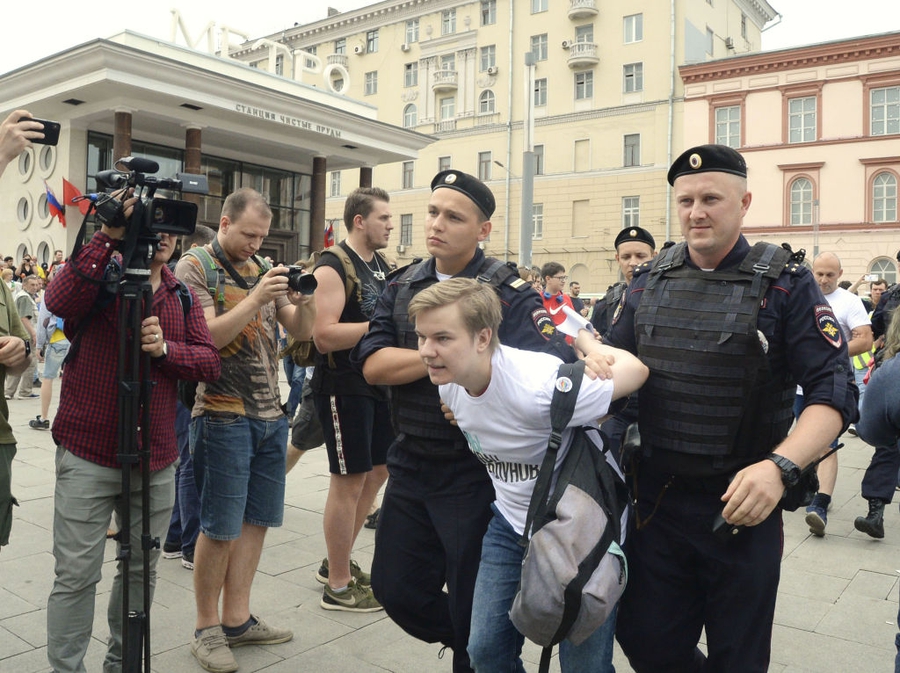 Between 17th and 19th September 2021, parliamentary elections took place in Russia. After the voting exercise was completed, the online voting results drastically changed the results forecast by the counting of the physical votes, and on 25th September 2021, over 1,000 supporters of the communist party gathered in Moscow in protest, as they accused the Russian leadership of falsifying the election, especially online voting. The protesters called for online voting to be scrapped and held placards written ‘bring back the elections.’ A day before the protest (24th September 2021) a series of arrests of members of the Communist Party and activists was made in Moscow.

The ruling United Russia Party won 324 seats out of 450, allowing it to govern without creating parliamentary coalitions.

Dmitry Muratov – awarded the 2021 #NobelPeacePrize – has for decades defended freedom of speech in Russia under increasingly challenging conditions. In 1993, he was one of the founders of the independent newspaper Novaja Gazeta, @novaya_gazeta.#NobelPrize pic.twitter.com/TF4ZJV1HFV

In positive developments, the Nobel Peace Prize was awarded in 2021 to journalists Maria Ressa and Dmitry Muratov. The award was given for "their courageous fight to defend freedom of expression in the Philippines and Russia respectively”.

Russian journalist Dmitry Muratov is one of the founders of the independent newspaper Novaia Gazeta. Six of its journalists have been killed since the newspaper's inception. According to the Norwegian Committee that awarded the prize, Muratov refused to abandon the newspaper's independent editorial policy, and constantly defended the rights of journalists, even when it exposed him to threats and intimidation.

In separate developments, investigative journalists from the Organised Crime and Corruption Reporting Project (OCCRP) announced that they had stopped their activities inside Russia in a bid to protect their journalists from government retaliation. According to a press release issued by the OCCRP, most of its partners had been labelled as "foreign agents" or "undesirable organisations", a status which imposes a strict compliance mandate on the organisations, thus hindering their work and which has led to the closure of some organisations.

“Our work in Russia now can do more harm than good to local journalists… This does not mean that we will stop writing about large-scale corruption in this country. We just understand that the government, as usual, will punish its own citizens for cooperating with us. "

Between September and October 2021, more than 44 new names (institutions and persons) were added to the list of foreign media agents in Russia. In response, several independent media outlets called on the authorities to stop intimidating journalists and abolish the law. On 1st September 2021, several newsrooms launched a new public appeal and sent letters to the Russian state leadership, including the president, the FSB chief, the speaker of the Russian State Duma, and others, requesting the amendment of the Law on Foreign Agents and the cancellation of the existing list of foreign media agents. The letter proposed 12 amendments to the law, including a clear definition of "political activity" and "lobbying" for which NGOs are sanctioned, and a requirement that the Ministry of Justice be mandated to present evidence for which an NGO, a news agency or a journalist (natural person) is included in the register of foreign agents.