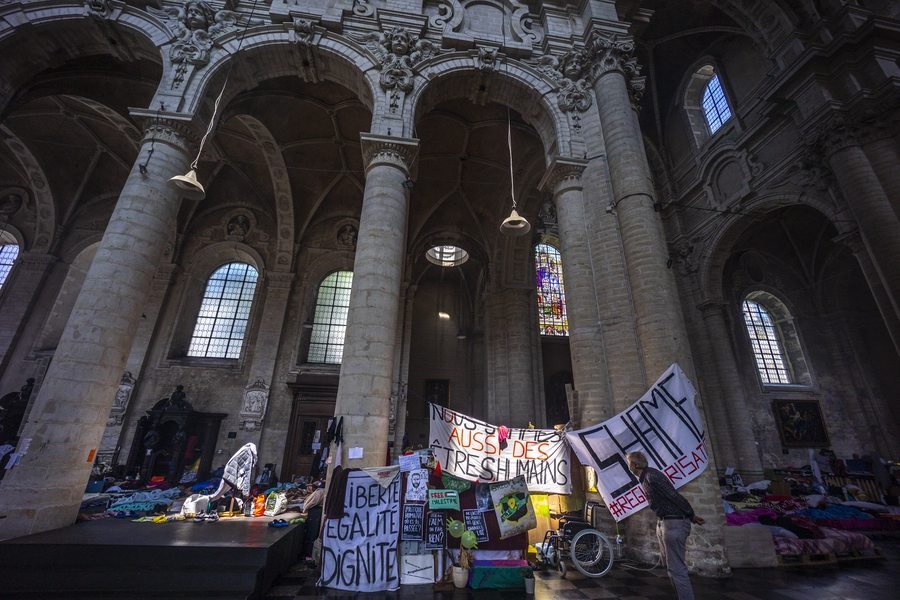 On 28th June 2021, the United Nations Human Rights Council released a report on racial justice and inequality. The findings of the report cite concerns in about 60 countries, among them Belgium. The report pointed out that racial profiling and systemic racism are the worst in countries previously associated with the slave trade and colonialism.

A few days earlier, on 19th June 2021, the Interfederal Centre for Equal Opportunities and Opposition to Racism (UNIA), an independent public institution that fights discrimination and promotes equal opportunities in Belgium, released a statement, which indicates that there is currently not enough data on inequality and discrimination in Belgium. The lack of reliable data is problematic since only reliable data allows for fact-based discussions on public policies.

“For example, if you want to find out whether people of other origins have equal access to healthcare in Belgium, it will be difficult to find reliable data. We urgently need more high-quality data to map equality or inequality in key domains in Belgium,”- Els Keytsman, director of UNIA.

UNIA recommends that Belgium establish a coordinated approach on the collection of data on equality and discrimination and hold a public discussion on collecting sensitive data containing criteria on race, sexual orientation and philosophical beliefs.

In a landmark decision, on 17th June 2021, the Brussels court of first instance ruled that the government has been negligent in its policies to address the climate crisis, thus violating human rights. The case was brought by NGO Klimaatzaak and was joined by 58,000 citizens as co-plaintiffs. The court found that the Belgian state had committed an offence under Belgian’s civil law and breached the European convention on human rights. However, it failed to impose any sanctions. The NGO requested that the court oblige the government to enforce tough new carbon-cutting targets, but the court stated that this would breach the separation of powers.

On 23rd May 2021, at least 450 undocumented migrant workers staged a hunger strike in order to gain legal status. The migrants are camping in two universities and in a baroque church in central Brussels. The protesters are called ‘sans papiers’ as they have been denied the official documents stating that they are asylum seekers. Without official papers they cannot access proper healthcare, financial services or other benefits for fear of getting deported. On 8th July 2021, Professor Olivier De Sutter, special rapporteur for the UN on human rights and extreme poverty, visited the migrants on hunger strike in the Beguinage church to inquire into whether Belgium violated their human rights. At the time of his visit, the hunger strike had already lasted for 44 days, and the group only accepted water from caregivers from the Red Cross or Doctors without Borders. As of 17th July 2021, however, some protesters have begun refusing water, which increases the risk of fatalities. Some of the people participating in the protest have been living in Belgium for more than a decade. The COVID-19 shutdowns have made it much harder for many of them to survive.

According to InfoMigrants, the Belgian government “has repeatedly said that it will not negotiate with the hunger strikers over their demand to be granted legal residency and has refused to repeat the collective regularisations of 2000 and 2019. There are an estimated 150,000 undocumented migrants in Belgium.”

One of the protesters, Kiran Adhikeri from Nepal, has lived in Belgium for 16 years and worked as a chef until restaurants closed during the pandemic. He told Reuters:

"I am 37 years old, I love this society, its people, but I have no legal existence. In this city, we live like rats. I am begging them (the Belgian authorities), please give us access to work, like others. I want to pay taxes, I want to raise my kid here.”

On 21st July 2021, the hunger strike was suspended.The group will now move to a “neutral zone” to make individual applications for a residence permit.

“The complaints and signals we receive show that many people do not have the budget, equipment or skills to access the internet. The digitisation of public services should not leave anyone behind. Everyone should be able to carry out their administrative procedures and have their rights asserted.”

While the ombudsman’s justification focused on the need to provide access to digital public services to all, the inclusion of the right to internet access would be an important step toward reducing the digital divide and allowing members of marginalised groups to enjoy better access to information, to organise themselves and express themselves freely and efficiently.