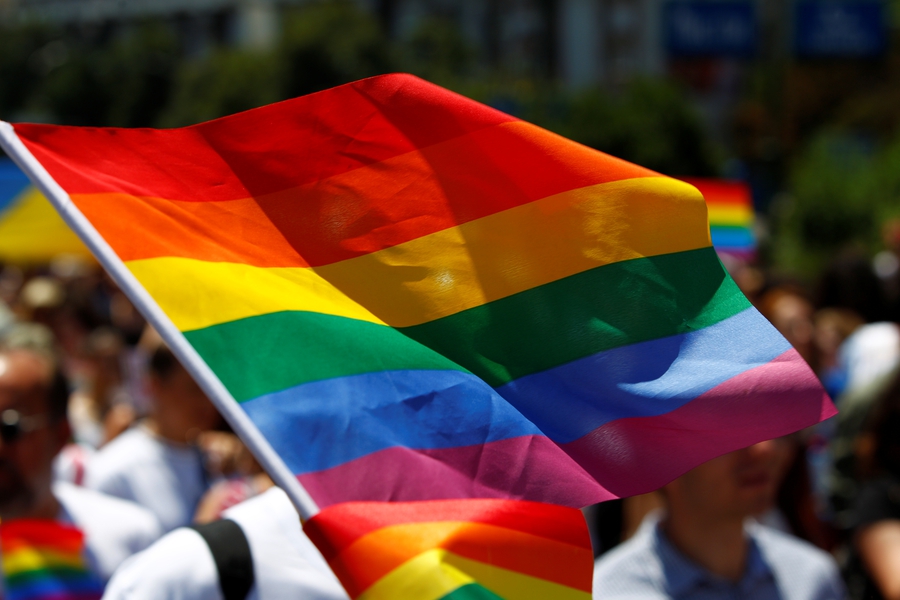 The second Pride Parade was held in Skopje on 26th June 2021, after last year's one was postponed due to COVID-19. The event took place peacefully, without incident. However, an attack on an LGBT person took place on the night after the event. The incident was isolated and did not draw serious attention to the attacker and the media. The pride event received support from several senior government officials through social media, while the country's President, the Ministers of Education and Defence and several MPs attended the parade in support. Simultaneously with the Pride Parade, in Bitola, a so-called True Pride Parade was held - a gathering aimed at promoting traditional values and the family "in the form in which it exists in the country".

We're underway with @SkopjePride 2021! Thousands take to the streets, calling for respect and solidarity with #NorthMacedonia's #LGBTI+ community. The theme this year's is #BeyondTheWalls.

During the week of 7th June 2021, the main opposition VMRO-DPMNE party pledged to stage daily roadblocks, accusing North Macedonia’s government of secretly planning to surrender to Bulgaria's demands and calling for a dissolution of all interstate historical commissions. The roadblocks in the capital took place without incident. However, there was a tense atmosphere due to the blocking of several key crossroads during the rush-hour period. On 17th June 2021, police intervened to break up the roadblock staged by activists of the "Third Republic" on the Stip–Miladinovci highway.

Environmental activists and concerned citizens organised a protest after the cutting of 13 trees in the city centre. Two peaceful protests took place in mid-June 2021. The protests were organised by the "Green Human City", a joint initiative of 12 organisations and activist groups from Skopje. Another protest aimed at preserving the environment was held at the end of June 2021, in which the residents of the Skopje settlement Kisela Voda protested the intensive construction work in the municipality, especially in the area of Rasadnik, which is the only remaining large green area.

Organised by the local association of citizens "Porechki Sredbi", a protest was held during June 2021 where locals expressed their dissatisfaction with the government's failure to solve a decade-old problem for the local communities – the lack of a regional road between the settlements within the municipality of Makedonski Brod and Skopje.

More than 1,000 citizens took part in a protest in front of the Czech Embassy in Skopje against police brutality and the murder of Stanislav Tomas, a young Roma man from Teplice, Czech Republic. The protest was organised by the civil movement - AVAYA. Protesters also marked the murders of three Roma men, who were brutally beaten up in Bitola a year ago, but who have had no judicial decision as yet.

The Media Ethics Council noted an increase of 30 to 40 percent in the number of requests for appeals in relation to media reports during the pandemic reporting period, compared to the same period in the previous year. The Council noted that:

"sensationalist information, one-sided reporting, lack of distance from the political entities being reported about, are the main observed phenomena of violation of the Code of Journalists of Macedonia."