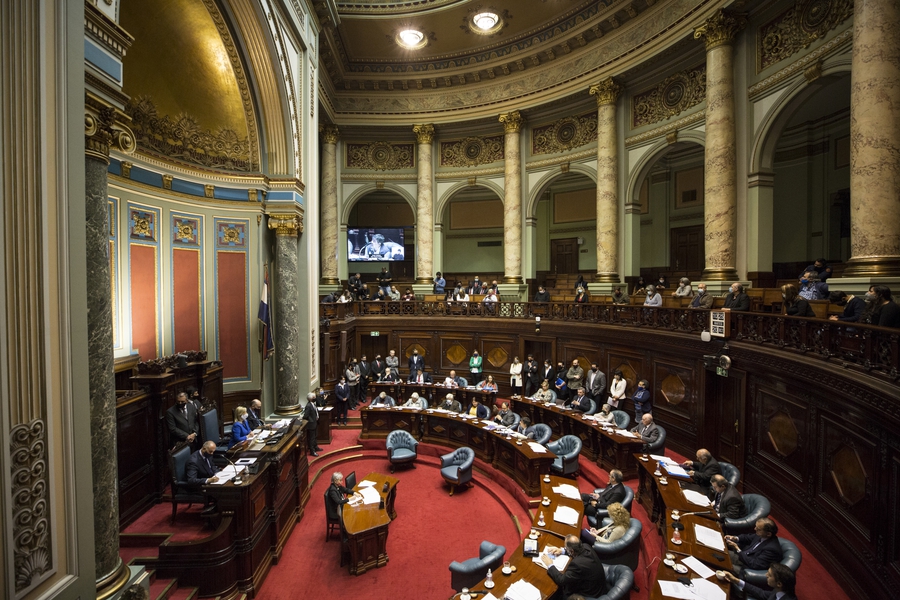 Uruguay’s legislators are considering a new media law which would impose setbacks for media pluralism, transparency and public participation. As previously reported on the Monitor, the bill presented by the Lacalle Pou government in April 2020 would replace the 2014 Communication Services Law 19.307, viewed as exemplary by free expression advocates.

Lack of agreement on the controversial text led to the postponement of the bill’s vote in the Chamber of Deputies to 2021. A new version of the bill was submitted by the government in May 2021 and on 2nd June 2021, the Chamber of Deputies’ Committee of Industry began discussion on the proposal. The articles under consideration would modify media ownership and concentration rules and enable cable TV providers to expand their services. However, the bill’s debate stalled in the Committee as political party Cabildo Abierto requested another postponement.

Meanwhile, civil society organisations and free expression experts continued to warn against the new law. The National Human Rights Institution (INDDHH) issued a public statement pointing out that despite some positive changes, the new proposal did not differ substantially from the original bill. The organisation evaluated the project as “a regression with respect to current legislation in terms of the effective protection of the rights of vulnerable individuals and groups in relation to the media, the promotion of pluralism and diversity, as well as guarantees of transparency, participation and citizen control in the licensing process”.

On 8th June 2021, the Central Directive Council of the University of the Republic (Udelar) warned that the draft bill “does not comply with the standards of democratic quality in the field of communication, as does the current legislation, which was partially and belatedly applied”.

On 18th May 2021, Deutsche Welle (DW)en Español published a 6-minute video report on press freedom in Uruguay, underscoring threats to this freedom in a country considered to be a “model democracy in the Americas”. The report was fiercely criticised by governmental authorities.

In their programme, DW news hosts interviewed Edison Lanza, former Rapporteur on Freedom of Expression of the Inter-American Commission on Human Rights and a current member of the local government of Canelones department. Lanza said that in Uruguay “there are restrictions, especially concerning the right of access to public information” and that “there is a growing trend, there is also legal reform, that the president can consider as secret cases or issues of national intelligence. Thus, there is a growing tendency to keep many important issues and documentation in the realm of opacity”.

As an example, Lanza mentioned the case of civil society organisation Centro de Archivos y Acceso a la Información Pública (CAinfo)’s request to access information on government contracts for the purchase of COVID-19 vaccines. In May 2021, a court ruled that those contracts should remain confidential to protect public health. Lanza also referred to the new media law proposed by the government, which he said would reduce transparency and enable greater media concentration. In addition, the expert mentioned the dismissal of broadcaster Canal 10’s former coordinator of the news programme Subrayado, Eduardo Preve, allegedly because of government pressure. The television channel and the government both denied the accusations made by the journalists’ union Asociación de la Prensa Uruguaya (APU).

On 8th June 2021, lawmakers in the Chamber of Deputies approved a resolution rejecting the claims made by DW and reaffirming freedom of expression in the country.

On 11th June 2021, DW en Español responded to the parliamentary debate around their report and the resolution approved by Uruguay’s legislators. In a news report, presenter Jenny Pérez said: “Uruguay’s Chamber of Deputies passed a resolution rejecting information provided by our network, DW en Español, on 18th May. The resolution was passed with only votes from the ruling coalition: 50 out of 89.” The journalist continued: “DW will continue to report in an independent and pluralistic way as we do in 30 languages all over the world. At the same time, we would like to remind you that we are still inviting the President of Uruguay, Mr Luis Lacalle Pou, for an interview.”

49 violations of freedom of expression in a year

In a report published in May 2021, CAinfo said it recorded 49 cases of restrictions to freedom of expression between the beginning of April 2020 and the end of March 2021. This is the highest number of incidents registered in a one-year period since the organisation began their monitoring.

This work identified threats to journalists’ freedom of expression in six of the twelve indicators analysed: aggressions and attacks, stigmatising discourse, restriction of access to information, civil and criminal proceedings, abusive use of state power and legal framework contrary to international standards of freedom of expression and press freedom. Thirty of the cases related to restrictions of access to information. There were also eight cases of attacks and aggressions.

On 3rd May 2021, World Press Freedom Day, 17 civil society organisations issued a statement expressing their concern about the persistent difficulties in accessing quality public interest information in Uruguay, more than a year after the beginning of the COVID-19 pandemic. The organisations urged national and departmental authorities to comply with national legislation and international commitments made by the country on Access to Public Information.