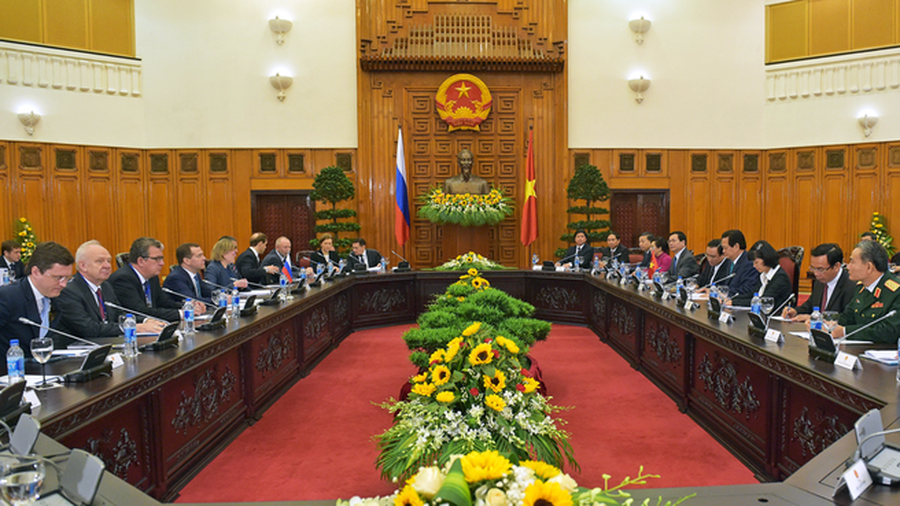 Meduza was introduced in the register of foreign agents

The Ministry of Justice of the Russian Federation included the online publication Meduza, registered in Latvia, and the First Anti-Corruption Media (PASMI), in the register of media performing the functions of a foreign agent. That means that the publications have lost almost all their income. According to the Russian media, the Russian Ministry of Justice informed that Meduza meets all the law criteria on foreign agents. These criterions are: registering a publisher in a foreign jurisdiction, receiving funding from abroad and disseminating information in Russia, and that unnamed government authorities have confirmed foreign funding for Meduza.

Over the past six months, Russian authorities have launched an all-encompassing campaign of repressions against activists, human rights defenders, and independent journalists: https://t.co/u1KBEMiUGN

Also, according to Russian law, the Ministry of Justice included the foreign media into the register of "foreign agents" in agreement with the Ministry of Foreign Affairs. Meduza's general director Galina Timchenko told the journalists that the publication intends to appeal this decision. One of the possible reasons for being included in the register can be the sanctions introduced against Sputnik (Russian News Agency) in Latvia. PASMI editor-in-chief Dmitry Verbitsky told MBH Media that he considers inclusion in the register a mistake of the ministry, arguing that nothing is connecting the publication with a foreign country, except for the domain. Most likely, this is a mistake that they hope will be figured out soon. If not removed from the register, of course, they will appeal this decision as a non-true one.

Director of the Center for the Protection of Media Rights, media lawyer Galina Arapova explained to Spectrum publication that regarding the persons involved in the list of foreign media outlets - "foreign agents", the Ministry of Justice has never provided information on how to obtain data on foreign funding. The publication must either prove the absence of foreign funding, which is impossible in the conditions of registration of a legal entity abroad or stop disseminating information, which means the termination of activities. Thus, there is currently no legal way to remove the "foreign agent" status for foreign media in Russia without closing it. The media outlets included in the register of foreign agents must create a legal entity in Russia and submit to the Ministry of Justice a report on activities and financial activity four times a year and a year audit results. Also, they have to mention the status in each of their messages, including in posts on social networks. Roskomnadzor (a Russian public agency) is responsible for checking the latter requirement. On May 4, 2021, Vladimir Putin signed a law on fines to disseminate information to media - "foreign agents" without specifying that they are "foreign agents".

Headquarters added to the list of terrorist and extremist organizations

Rosfinmonitoring added Alexey Navalny's Headquarters to the list of terrorist and extremist organizations. The information about this decision follows from the list published on the agency's website. In the list, Alexey Navalny's Headquarters are listed as one of the organizations involved in extremist activities or terrorism. One day before the decision, the head of the headquarters Leonid Volkov dismissed the structure, as its existence can serve as an argument to consider the employees as extremists. He noted that the regional branches of the organization can now conduct social and political work independently. On April 16, the Moscow Prosecutor's Office, on behalf of the Prosecutor General's Office, filed a lawsuit to declare the Anti-Corruption Foundation (FBK, recognized by the Ministry of Justice as a foreign agent), the Foundation for the Protection of Citizens' Rights (FZPG) and the Navalny Headquarters movement as extremist. The department explained that under liberal slogans, these organizations are engaged in forming conditions for the destabilization of the social and socio-political situation. On April 26, the Moscow Prosecutor office decided to suspend the activities of Navalny's Headquarters. On April 27, the Moscow City Court restricted the activities of FBK.

Background: In September 2019, it became known about a criminal case on money laundering against the FBK (point "b" of part 4 of article 174 of the Criminal Code). At the request of the Investigative Committee, the court arrested more than 190 financial accounts of supporters of the politician Alexei Navalny. The foundation was soon recognized as a "foreign agent". In early April, the Moscow Prosecutor's Office began checking the Anti-Corruption Foundation to comply with legislation on non-profit organizations and counter extremist activities. The document, in particular, states that the subject of the audit is "the implementation of legislation on non-profit organizations and countering extremist activities." The decision to check is dated on March 26. Under it, the director of the organization, Ivan Zhdanov, was requested on March 30 to provide all information about the FBK, including here information about participants, the composition of the governing bodies, sources of funding, as well as reports on the expenditure of funds and the internal regulations of the organization.

In Moscow, the second special police regiment announced the recruitment of snipers. About this decision MBK News transmitted a informing on March 30, 2021, citing the Headhunter service. According to MBK News, the police is willing to pay from 55 to 65 thousand rubles monthly payment. Requirements include secondary education, good health and military service. In this case, no work experience is required. The sniper will work at cultural events in Moscow. Also, must be ready for force support of investigative actions and operational-search activities. The same source reported that the second special regiment is known for its violent work dispersing unsanctioned protests in Moscow.

Protests of 21st of April 2021 in Russian Federation: Free Navalny

In early April, Alexey Navalny's supporters announced that they intended to stage a nationwide protest. The action was dedicated to supporting Alexey Navalny, who had already been on a hunger strike for several days. Previously he announced his lawyers that he needed medical care but his request was denied by the prison management. Following the refusal to receive medical care from independent doctors, his condition worsened. As a result, Alexey Navalny went on a hunger strike. To create public pressure and provide the necessary assistance, his supporters stated that they intend to organize a mass protest action in different country cities. The stated goal was to gather over 500.000 people willing to join. To this end, a website was created where those wishing to support Alexey Navalny could register. A few days after the official launch of the website over 250.000 signatures were collected. During the same period, several news items appeared about the pressures of the authorities on some people who declared in public that they would join the demonstration. At the same time, it became known that the Anti-Corruption Fund, founded by Alexey Navalny, was investigated for organizing and supporting terrorist acts.

Police in Russia arrested 1,700+ people at protests for opposition leader Alexey Navalny, who is on hunger strike in a penal colony.@Amnesty reports excessive force and a "crackdown on basic freedoms."

One protester said: "This is one of the last gasps of a free Russia." pic.twitter.com/51N9qgUICh

To prevent the cancellation of the protest by authorities, Alexey Navalny's supporters announced that they would hold the rally on April 21, 2021. A few days before the protest, OVD Info informed about several actions of the authorities in which various people were detained and prevented from participating in the demonstration. On April 21, 2021, mass protests were organized in multiple cities of Russia. The same source, OVD Info, announced on April 22 that 1,788 people had been arrested across the country. Some received financial sanctions in the form of fines or were threatened with administrative sanctions at work for supporting opposition protests, and others received detention decisions from a few days to a few weeks.

Mikhail Iosilevich, founder of Russia's first Church of FSM has been sent to prison for political charges. We are trying to get the word out. Any help or suggestions is appreciated, thanks. More info here: https://t.co/ZvZa8HE5fY pic.twitter.com/vIXuJFWfT2

Human Rights Watch reported that Golos, a watchdog organization well known for independent monitoring of the elections in Russia, used the space. Following the Court's decision, Amnesty International has issued a public appeal to Russian authorities explaining that Mikhail Iosilevich is being targeted for peacefully exercising his rights to freedom of expression and association. According to the human rights organization, charges against him must be dropped, and he must be immediately released.