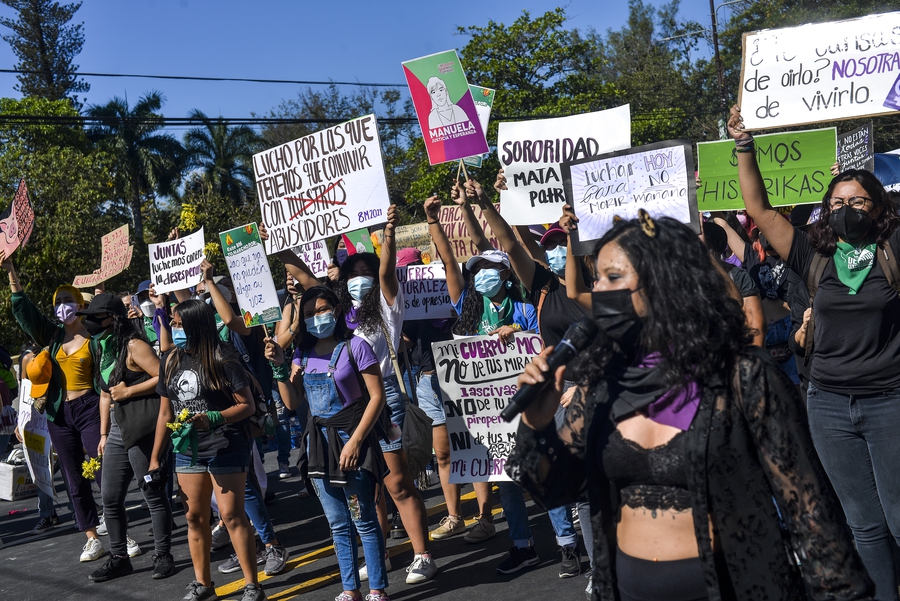 On 17th March 2021, journalist Wendy Hernández denounced comments made by a judge in the initial hearing of the journalist’s case against a man who allegedly harassed her during an interview. The complaint refers to an incident in February 2021, when a political party member made remarks with sexual connotation toward Hernández as she sought his comments on the processing of election results. According to news reports, the judge said Hernández “should have been used to this type of situation because of her work as a journalist.” Despite the demeaning comments, the court forwarded the case for investigation.

On a related note, El Salvador’s Press Association (APES) expressed concern about increasing attacks on journalists in the country, and women journalists in particular. According to the organisation, women journalists are more vulnerable to online harassment, often with messages of a personal and sexual nature. In March 2021, for instance, APES published information on a smear campaign promoted by government supporters against Gato Encerrado reporter Karen Moreno.

APES president Angélica Cárcamo has also faced repeated attacks from government supporters for denouncing restrictions to freedom of expression. In April 2021, the President’s press secretary used Twitter to delegitimise Cárcamo’s work after she shared the 2021 World Press Freedom Index by Reporters Without Borders (RSF), which underscored the decline in freedom of expression in El Salvador.

The RSF’s new index showed the country falling eight places between 2020 and 2021, from 74th to 82nd place. It was one of three countries which had the biggest descent in ranking. RSF highlighted El Salvador for its lack of transparency on the pandemic, saying journalistic coverage of the crisis was seriously hampered by police seizures of material, denial of access to public spaces, a lack of transparent access to state-held information, presidential aides refusing to answer pandemic-related questions at press conferences, and a ban on interviews with officials about COVID-19.

In a similar development, Pedro Vaca, the Special Rapporteur on Freedom of Expression of the Inter-American Commission on Human Rights, pointed out in an event of the Inter American Press Association that El Salvador has had one of the most concerning declines in freedom of expression in the region. Vaca said that in El Salvador “we begin to see comments that journalists are not really reporting, but that they have a hidden interest. It is an official sowing of rumours that tends to discredit journalism.”

On Sunday 7th March 2021, over 5,000 women joined a march commemorating International Women’s Day, celebrated on 8th March. Waving purple flags and wearing masks, the protesters called for equal rights, an end to gender-based violence and the decriminalisation of abortion. According to news reports, police tried to detain an activist for painting the walls of the National Palace with feminist slogans, but demonstrators reacted to prevent the arrest. Women journalists and communicators also marched to denounce violence against women working in the sector and to call for news coverage free of sexism.

At the end of March 2021, feminist groups organised new protests to demand justice for a Salvadoran woman killed by a police officer during an arrest in Tulum, Mexico. Civil society organisations around the region published a statement calling on Mexico to ensure investigation, justice and reparation in all cases of human rights violations involving refugees and migrants.

On 7th April 2021, IM-Defensoras condemned attacks by President Nayib Bukele and other public officials against civil society coalition Alianza Ciudadana, which has campaigned for the approval of a bill to facilitate the mandate of the International Commission against Impunity in El Salvador (CICIES). CICIES was created in 2019 in an agreement with the Organisation of American States, with the role of preventing, investigating and sanctioning corruption. The civil society organisations’ bill would give the Commission greater autonomy and strengthen its investigation powers. In response, IM-Defensoras said, members of Bukele’s party not only sought to delegitimise the work of the coalition’s members but also threatened to push for legislation to restrict the work of civil society. Bukele has also promised to veto the legislation on the CICIES if it is approved by lawmakers.

Separately, on 15th April 2021 IM-Defensoras stated that attacks against women human rights defenders on social media and messaging apps have increased in El Salvador. The feminist network said that defenders have been threatened, cyberbullied and had personal information stolen and exposed on platforms such as WhatsApp, Facebook, Twitter and Instagram. In some cases, the attacks were endorsed by public officials. IM-Defensoras called on the Ombudsperson to investigate these attacks, and on the Salvadoran legislature to approve a law on the protection of human rights defenders.

In their annual report launched in April 2021, Amnesty International also highlighted the increasing stigmatisation of human rights defenders, civil society organisations and journalists. The international CSO said that throughout the year President Bukele issued public statements vilifying civil society groups and stigmatising those seeking greater government transparency and accountability. After the introduction of measures to curb COVID-19, reports of attacks on local organisations and women human rights defenders also increased, as did the number of government statements that put defenders at risk.