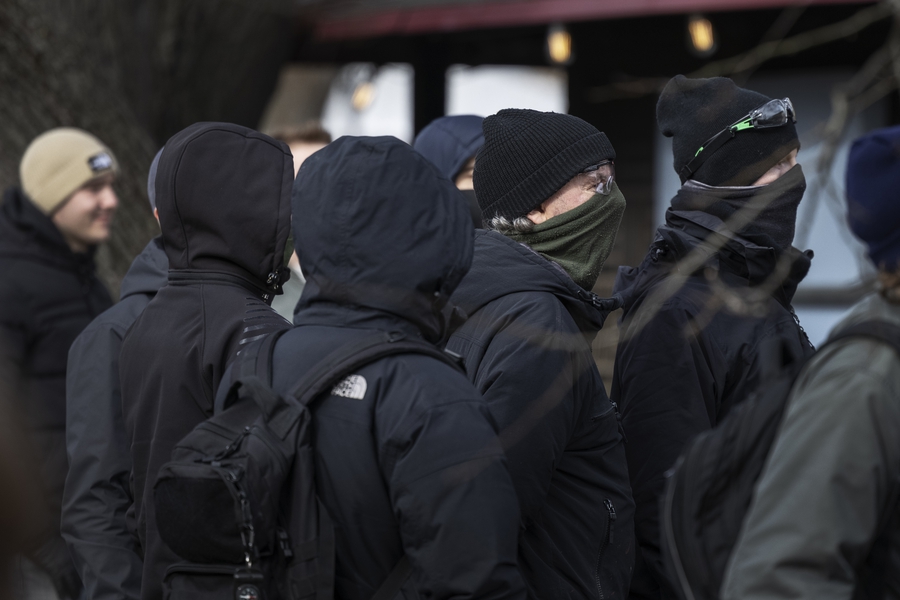 On 6th March 2021, hundreds of protesters gathered for the first large-scale march against COVID-19 restrictions in Sweden. People coming from different parts of the country gathered in Stockholm to protest against the stricter COVID-19 measures that have been progressively introduced by the Swedish government over the last two months. Due to the violation of the current law that forbids gatherings of more than eight people, police intervened and the protest was dispersed. On this occasion, some scuffles took place and the police reported that six officers were injured. No one was arrested.

Protesters, which include far-right activists, state that the new measures introduced to combat the spread of COVID-19 violate citizens’ freedom, with no valid reason. They carried placards such as “Vaccine Experiment”, “Sweden is sick, Stop 5G”, and “The media is the virus”.

Public authorities condemned the event and expressed their concern about the spread of scepticism, through online mediums, about scientific information on COVID-19 and the vaccine. Some days before the protest, the Swedish Civil Contingencies Agency started a specific education programme to tackle disinformation for communicators in multiple regions.

Extinction Rebellion Sverige reported that protesters who took part in a civil disobedience protest by blocking streets in central Gothenburg in 2019 have been fined 400,000 kr (45,961 USD). High fines have also been issued to climate protesters in Norway.

Criticism arose after a library in Svalöv had to remove a Facebook post about LGBTI certification obtained by its staff after completing a course. On 10th February 2021, the municipality’s political leadership requested the library to remove the social media post and the rainbow flags based on – officially – concerns regarding respect for the current legislation on certifications. In fact, according to the chairman of the municipal board of Svalöv, Teddy Nilsson (Sweden Democrats), and the mayor, Stefan Larsson, the issue with the certification is formal and has nothing to do with its content.

However, sections of public opinion denounced the intervention by Nilsson and Larsson as an act of censorship and so did representatives from the opposition. Other libraries shared posts in solidarity with Svalöv library and in favour of pro-LGBTI initiatives. Opposition councillor Jan Zielinski (Swedish Social Democratic party) criticised the intervention of the municipality’s political majority, claiming that other municipal units received LGBTI certifications, but no similar reaction followed. He defined the municipal leadership’s decision “a restriction to democracy”.

It is not the first time that political figures have interfered with the work of libraries on LGBTI-related topics in Sweden. In 2019 a local politician asked the manager of Täby library to cancel an event hosting an author who would speak about norm-breaking children's and young people's literature from an LGBTI perspective.

“Threats against journalists and the media are a serious threat to democracy and the open society. It is completely unacceptable that this occurs. Threats are also a very important work environment issue. You should not have to be afraid to do your job” -Journalists' Association chairman Ulrika Hyllert.