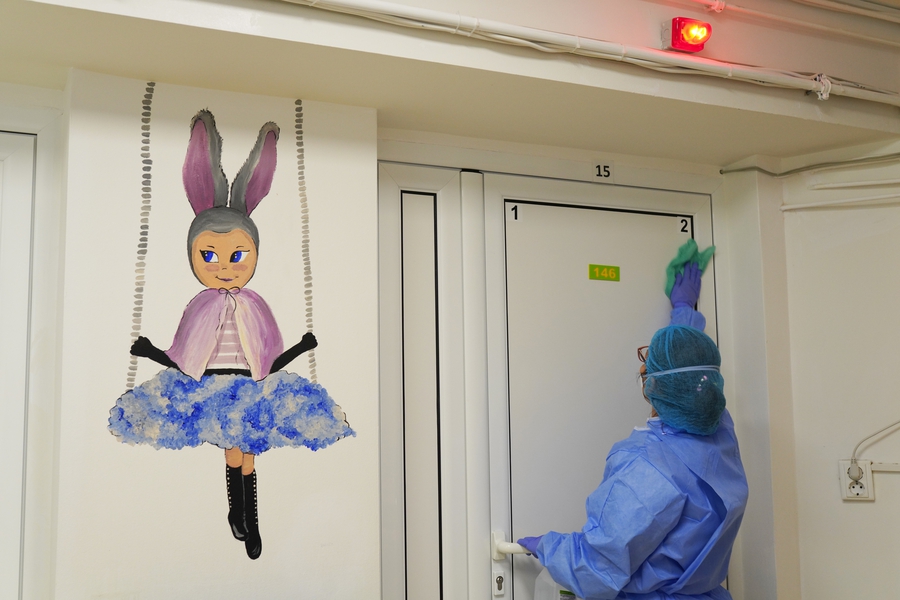 On 6th December 2020, legislative elections were held in Romania. The centre-left Social Democratic Party (PSD) won with 30 percent of the votes, followed by the National Liberal Party (PNL), centre-right, which obtained 25 percent. The parties USR PLUS, Alliance for the Union of Romanians (AUR) and the Democratic Union of the Hungarians of Romania (UDMR) also secured parliamentary seats. It should be emphasised that this election was marked by a record abstention, with only 31,84 percent of voter turnout.

Following the legislative elections’ results, prime-minister Ludovic Orban -- who is also the leader of the PNL -- announced his resignation to facilitate negotiations and the establishment of a new government. Minister of Defence Nicolae-Ionel Ciucă was then appointed as interim prime minister. Despite PSD’s victory, centre-right parties gathered more than 50 percent of all votes, with PNL, USR PLUS and UDMR forming a coalition government. The three-party coalition later appointed Minister of Finance Florin Cîțu as the next prime minister.

Regarding the COVID-19 pandemic, after a peak in the number of daily cases on 18th November 2020 -- with 10,269 infections being reported -- the number of new cases has significantly decreased since then. Despite such a decrease, the state of alert in Romania was extended on 13th January 2021 by 30 days.

In November 2020, the Chamber of Deputies adopted amendments to the law concerning the functioning of NGOs in Romania (“Government Ordinance no. 26/2000 regarding Associations and Foundations”). The amendments in question simplify NGOs’ bureaucratic procedures by dismissing the mandatory presence of a lawyer and notary from proceedings such as NGOs’ acquisition of legal personality and amendments to the constitutive acts of the organisation. The aforementioned changes were welcomed by APADOR-CH, the Romanian non-governmental organisation which, as previously reported on the CIVICUS Monitor, has been actively advocating for the simplification of civil society organisations’ bureaucratic procedures. The organisation said:

“For these provisions to come to life, it took hundreds of hours of debate, advocacy and protest from non-governmental organisations.” (translated from Romanian).

In November 2020, health-care workers protested in Bucharest stating that they were “exhausted” and criticisng the government for failing to meet its promises. Besides complaints of staff shortages -- which increased the pressure on already worn-out health-care workers -- demonstrators have called for better Personal Protective Equipment (PPE) -- a special garment that protects health-care workers exposed to infectious diseases. Protesters also condemned the government for not having fulfilled its promise of providing financial aid to frontline workers in the health sector. Protesters held placards reading “We're exhausted by staff shortages" and "We're exhausted by a lack of respect."

During January 2021, pensioners protested in the city of Galati to urge the government to comply with its electoral promise of increasing pensions by 40 percent. Protesters stated that the pensions they receive are not enough to live on. Dozens of people attended the protest and the large majority respected the current COVID-19 restrictions. According to the government's rules, up to 100 people are allowed to participate in demonstrations, whilst wearing masks and respecting social distancing.

On 12th January 2021, Romania was condemned by the European Court of Human Rights (ECHR) for breaching the right to freedom of expression. The ECHR’s ruling concerns the case of Gheorghe-Florin Popescu, a journalist who, in 2011, wrote and published five articles on his blog criticising L.B., a fellow journalist. According to a first-instance Romanian court, Popescu’s articles presented accusations against L.B. that lacked factual basis and included defamatory language that damaged the honour and reputation of the journalist in question. However, the ECHR ruled that Popescu’s articles were protected by the right to freedom of expression. Among other aspects, the ECHR ruled that the Romanian court had failed in:

(1) distinguishing “between statement of facts and value judgments”,

(2) investigating further if the accusations made were of public interest, and

(3) acknowledging the articles’ author was a journalist, and that freedom of the press fulfills “a fundamental function in a democratic society”.

The ECHR also noted that the Romanian court didn’t balance the existing conflict between freedom of expression and the right to protection of reputation.

In a positive set of developments, on 4th January 2021 the “Law on measures for preventing and combating antigypsyism” entered into force. This law criminalises hate crimes perpetrated against the Roma community with imprisonment from three months up to ten years. The crimes range from publicly promoting anti-gypsy “ideas, conceptions or doctrines” (article 3), to distributing “anti-gypsy materials” (article 4) or setting up, joining or providing support to an anti-gypsy organisation (article 6). This law represents an important step towards the protection of an ethnic minority that makes up to ten percent of the population in Romania but who continues to experience discrimination and harassment, both in the online and public spheres.

As previously reported on the Monitor, a new law was approved in June 2020 by both houses of the Romanian parliament banning gender identity studies—or “gender ideology”, as termed by right-wing populists—in schools and universities. President Klaus Iohannis sent the law for review to the highest court. In December 2020, the Constitutional Court ruled to overturn the blanket ban on gender studies.

#Romania’s Constitutional Court overturned a ban on gender studies, pushed through without debate earlier this year.